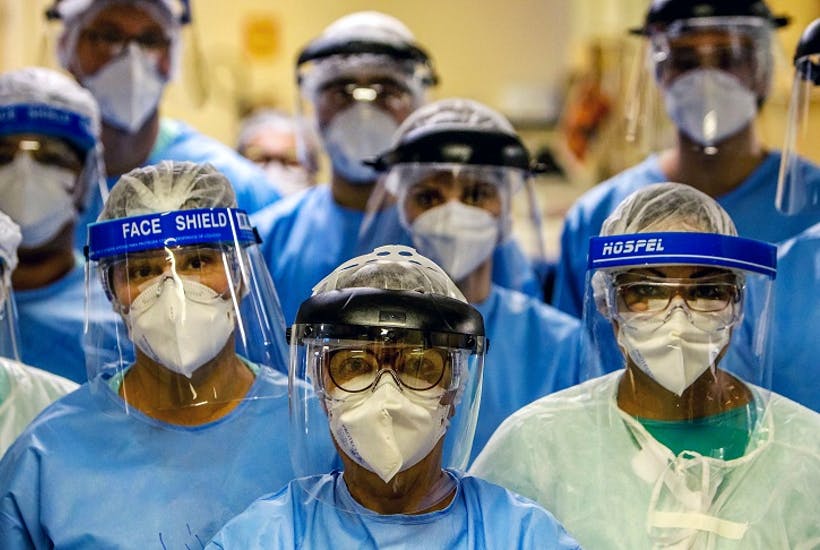 A dangerous tone has crept into the medical discourse. Over the last year, it has become increasingly common to encounter medical professionals talking (with apparent glee) when they hear of someone getting unwell if they feel that person made the ‘wrong’ decision.

This change in attitude can only happen when we start seeing healthcare decisions as moral ones, rather than as factual ones; and as ‘group decisions’ instead of ‘personal decisions’.

Rather than asking ourselves how we weigh up the consequences of various policies and treatments, we are implored to project a consensus morality onto such questions. Those of us who dissent are not just wrong, we are heretics.

Most directly, this manifests itself as condescension towards patients.

Those who question medical decrees are belittled and insulted, both to their face and behind their backs. Although our profession has always been guilty of this conceit to a degree – as is common between experts and non-experts – it is a tendency of which we should be wary. This habit cannot be good for those of us who claim our work is fundamentally moral.

However, what is new is a current of disgust towards people who may disagree with a medical opinion. Of all the sentiments, ‘disgust’ is particularly dangerous and swiftly leads to an escalating chasm between clinician and patient. It is this chasm which stops us functioning as effective clinicians, and prevents us from reflecting on ourselves.

Indeed, this has gone further in many cases.

All of us should be concerned that it is now frequent to hear medical staff opining that ‘we should not treat people who are unvaccinated’. This started with a specific reference to Covid, but has now increasingly become about any treatment at all. The idea of depriving an unvaccinated person of other healthcare rights is as chilling as it would be to deprive them of basic services for any other personal decision. Curiously, this view is often held by those who most fervently believe healthcare is a basic universal right.

Arguments like this are incredibly dehumanising and undermine the basis for our profession. If we were consistent with this thinking and didn’t treat people who presented with injuries of their own making, it would exclude the majority of patients. Diabetes in people who don’t exercise or have a good diet? Liver disease in alcoholics? The comorbidities associated with drug-taking? The examples go on…

Conversely, if the argument is that we need to ‘spend money in the most efficient way within a public health service’, then by the same token we should stop funding rare childhood diseases. In terms of efficacy, mandating people take half an hour of exercise per day would have much more profound health benefits.

When we stop seeing patients as individuals with a specific worth and value, we emerge in a world where a person is dispensable. What matters then is ultimately a projection of our morality, and the ‘ideology’ of a health service. It is especially disturbing that it is our medical profession making these arguments.

This being so, a division is opening up within the medical cohort broadly between those who think the government should do anything and all they can, and those of us who have real concerns about how we are selling out our profession and the moral basis upon which medicine rests.

Those of us who have misgivings about government policy are being pressured, either actively or passively, not to share these concerns with others.

There is no system for feedback or channel for discussion. What is more, overhanging all of it is a fear we could be fired for not sharing the approved government line. We discuss the matter, but there is little way to organise these feelings or to feedback these sentiments.

So much of this problem rests on our inability to scrutinise ourselves as a profession.

In order to put across a strong public health message, we have silenced criticism rather than engaging with it. Then, having stopped listening to contrary voices, we have convinced ourselves we cannot be wrong.

As a profession, we need to work back to the basic principles of healthcare, which involve treating people as individuals and respecting their autonomy, even when it is different to our medical opinions. Only when we start doing this will we be able to look at ourselves in a critical manner and improve our practice.

Key to medicine is respect for the individual and the relationship between a specific doctor and a specific patient. Without it, we see how contempt flourishes and doctors do unethical things. The current trend in our attitudes towards patients should disturb doctors and patients alike.

The slope we are on now may be more slippery than we like to admit.