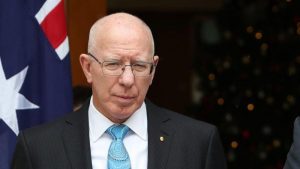 The Australian Electoral Commission (AEC) have responded to an enquiry from one of our members by informing them they must be “fully vaccinated” to scrutineer for the upcoming federal election.

As per our constitution, s 41 gives people the right to elect their own representatives. By the AEC disallowing electors the right to maintain the integrity of their vote, they are interfering in the democratic process that could see a potential fraudulent election occur.

The Great Australian Party sees this as a threat to the checks and balances of a free, fair and open democratic election, not to mention discriminatory.

Australia has a long history of apartheid, discrimination and segregation, and the AEC is proudly choosing to continue that tradition in the next federal election.

The Former Senator of the 45th Parliament, Rod Culleton said today that Australia is increasingly becoming a dictatorship, where the two major parties are making it extremely difficult to remove them from power, something our constitution could not foresee.

Mr. Culleton also went on to ask what the logic was behind allowing people to gather to cast their vote, but not to protect their vote.