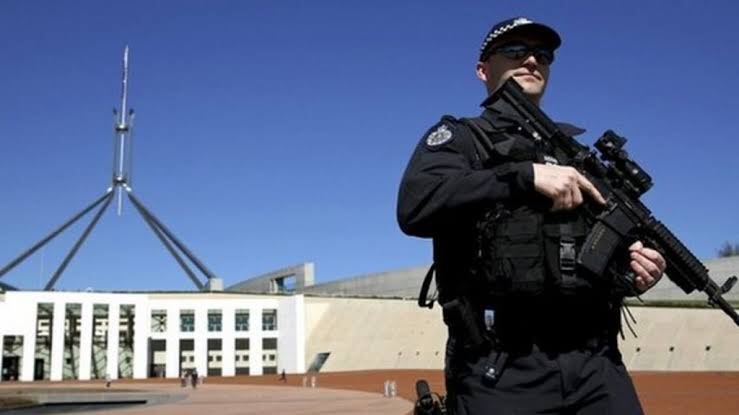 Since the start of the pandemic, we have been in the grip of what I call the “tech-pharma complex”: the coalescence of big data and big pharma that has mandated experimental injections based on compromised clinical trial data and redefined criteria for efficacy by omitting the absolute risk ratio.

As if using Orwell’s Nineteen Eighty-four as a handbook, the tech-pharma complex has imposed a biofascist global order in which reality has been reinvented: Dr. Robert Malone did not invent the mRNA vaccine, he merely “claims” to have (when in fact he did), Ivermectin is a horse dewormer(when in fact it is commonly used as an anti-parasitic for humans), and the new products are vaccines (when in fact the definition of vaccine has been changed to accommodate them).

Biofascism does not relent. Yet, large sectors of the public are rejecting forced injection, prompting biofascism to tighten the screws. Staging an act of terrorism to demonise, discredit, and outright ban protests could well be the next step.

Given their history of framing political and social enemies as terrorists, we should prepare for Western military intelligence services to commit terrorism and blame anti-lockdown protestors and injection-sceptic activists.

But, like the new synthetic reality created by the propaganda of the biofascist tech-pharma complex, the coming terror might not even be genuine.

In October 2016, a car bomb exploded in Baghdad’s Shia-majority al-Hurriyah district. The attack was blamed by global media on the Wahhabi-majority Islamic State. Ten people were reportedlykilled and 34 wounded.

The bombing, according to media, was confirmed by “police and medical sources” who were unauthorised to speak to the press and did so anonymously.

But the entire event was fake.

Leaked CCTV footage shows a man set a timer on the car bomb and get into a pickup truck, which drives away. The parked car explodes, killing and injuring no one. Seconds later, crisis actors run to the scene, feigning death and injury. Fake blood and bandages were left at the scene.

When the event was exposed as fake, one Amhad Abu Al-Hassan (a.k.a., Ahmad Hatif) appeared on social media offering a false cover story to protect the intelligence services: that he was a movie maker directing a film.

By then, the “death toll” had been widely reported and to this day media have not withdrawn or corrected their absurd claims.

The event was actually contrived by British Special Forces in conjunction with Iraq’s Al Suquor (Falcon) Intelligence Unit as an elaborate plot to protect an asset, Captain Harith al-Sudani, who had reportedly infiltrated Islamic State (IS).

The spin (another cover story?) was that al-Sudani was planting fake bombs to save civilians from real IS bombs, while appearing to be authentic in the eyes of IS.

The above case proves that in addition to planting bombs and murdering real people, the state also simulates terrorism and pretends that actual people have been hurt and killed.

The perpetrators got away with it until the leaked CCTV footage circulated because a) the media never bothered to check the reality, b) they believed that police and medical staff were “credible” sources, and c) they could not believe that such fakery is possible.

The international definition of terrorism used to be: the deliberate targeting of civilians for political, financial, or ideological ends.

But over the decades, as states seek to prevent the rabble from overturning their neoliberal economic order they have adopted increasingly narrow definitions that can even include aiding property damage.

The Australian Security and Intelligence Organisation (ASIO) also defines terrorism as “acts or threats of violence intended to influence the policy of a government, either in Australia or overseas.”

So, when protestors hold tongue-in-cheek placards depicting politicians at the end of a lynching rope, this could be taken as terrorism.

Despite the fluffy language, ASIO implicates demonstrators: “violence at protests in Australia is rare, and the vast majority of protest attendees are peaceful and support Australia’s democratic ideals.”

In September 2021, the Canberra Times described the construction sector as long “over-polic[ed]” and subject to snap lockdowns and mandatory vaccination.”

“After the low-paid workers descended on their unions’ offices, the Labor government’s services spokesman, Bill Shorten, dismissed them as ‘man-baby Nazis’.”

Independent Australia writes: “The annual threat assessment 2021 by ASIO stated that ideological extremism takes up some 40 per cent of its current caseload.”

“…in the recent anti-lockdown protests … some adopted violence as a tactic. ASIO has been concerned about this for some time and it’s one of the key reasons I changed the terminology we used to describe categories of violent extremism.”

Burgess added specific details: “Such cyber-enabled activities would be used, or could be used, to damage critical infrastructure in the future, especially at times of increased tension.”

“Some of this extremist behaviour is verging on urban terrorism.”

The Security Investigations Unit, described by The Age as “secretive,” charged one Imre Pelyva with inciting protestors to make explosives. He reportedly encouraged protesters to bring guns to anti-lockdown rallies through an encrypted messenger service.

“Someone need[s] to shoot Mr. Dan f— in the head with a .50 cal explosive tip! Just to make sure he[‘]s gone for life,” Pelyva reportedly said, before asking, “Are we allowed to take firearms to the protest?”

It turns out that Pelyva worked for the State Emergency Service; a fact photographed but not commented upon (at the time of writing) by mainstream media.

Another man, an actual neo-Nazi, Kenneth Reinhold Panten, was charged with incitement and distributing “child abuse material.” The neo-Nazi Kate Callan of Melbourne, who retweeted pictures of gallows threatening politicians, is the partner Scott McGuinness, who is on a US intelligence watch-list.

Are these neo-Nazis assets or unwitting assets, designed to paint all protestors as far-right?

The nature of top secret operations means that leaks and whistleblowers are usually the only means by which the public discover who is truly responsible for false-flag terror.

History suggests that in Northern Ireland, for instance, the British Army was behind many false-flag attacks in which real people were murdered (unlike the Hurriyah case above).

We do not know which units will commit or stage atrocities and blame demonstrators, but Australia has an array of special units.

Another unit about which very little is known is the Australian Army Quick Reaction Force.

The Defence Special Operations Training and Education Centre (DSOTEC) provides trainees with mock urban and other sets in which forces practice their operations.

The SAS Regiment says that it operates in “grey zones” between war and peace, law and crime: it has “small and enabled teams operating discretely, and ‘always on.’”

Consisting of ex-Special Forces from the US, Britain, and Australia, the Special Operations Group Australia acts as a kind of rent-a-goon, policing property and collecting debt. Other services include “large-scale threat management.”

Many of the protestors who have swelled the ranks of the anti-lockdown and anti-injection movement are new to politics, geopolitics, and parapolitics—or “conspiracy theory” as people slanderously call any hypotheses with which they disagree.

It is therefore important to educate them about how the world really works and warn them not to fall into the traps of provocateurs and outright fabricators.