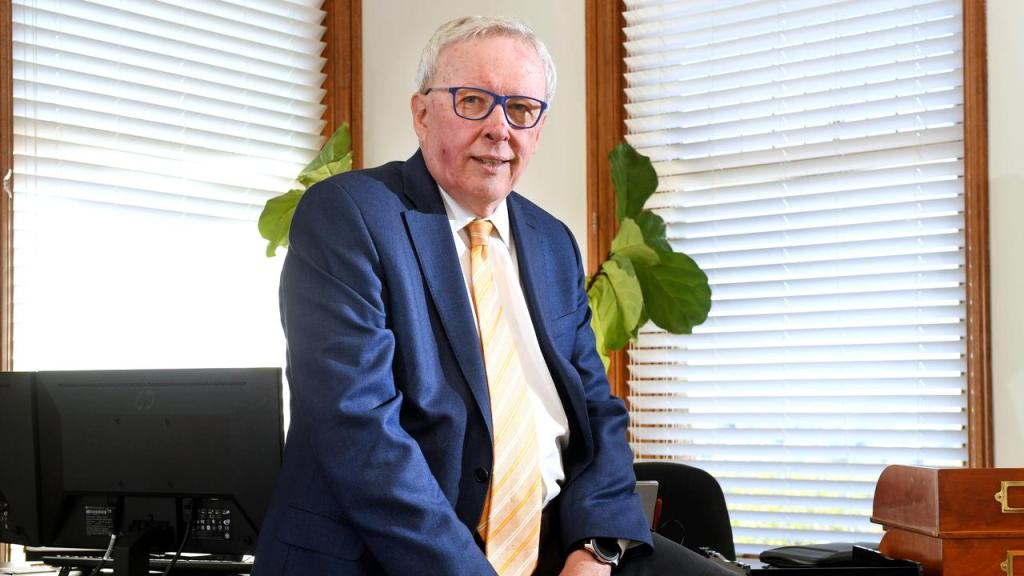 The Australian Medical Association’s Queensland President wants companies to see which of their staff have been vaccinated, and wants to change laws to do so.

AMA Queensland President, Chris Perry, told Sky News in an interview that vaccination data held in online systems through the Federal Government’s MyGov portal cannot be accessed by employers, even in high-risk industries such as health and aged care. He wants this to change:

“There’s been suggestions that perhaps there should be legislation which could take precedence over privacy,” Dr Perry told Sky News.

“We would all like to see a bit more strength from the government and some legislation around getting the figures, being an employer being able to look at their staff who aren’t vaccinated and work out what they can do about it.”

Many public institutions, including hospitals, are not fully aware of how many of their staff have been vaccinated, given they rely on self-disclosure processes which occur on a needs basis and vary between organisations.

“What do you do with someone in an aged care facility who refuses to get a vaccine for no other reason than they’re scared, or they’ve been reading strange science on the internet,” Dr Perry said.

He continues: “They could bring a deadly disease into the community and kill some of the staff, and then the business is liable more than the individual staff member is.”

A deadly disease? Are we still talking about the so-called virus with a 99.97% survival rate?

“It’s a real issue and the government has to look at what they’re going to do about people refusing to have a vaccination in certain industries in the future, including health, including airlines, meatworks, it’s an issue and something we’ve got to think through.”

Oh, they are ‘thinking through it’, that’s for sure. This article is yet another example of the slow-PR-push to make the Australian public accept vaccination as a staple requirement for all types of employment. Better yet, that employers should refuse to hire ‘objectors’ as a means of ‘protection’.

Let’s not forget that small business groups have also been calling for workplaces to sack employees who refuse to get a COVID-19 vaccination when one becomes available.

The Council of Small Business Organisations Australia issued a proposal that includes a call to expand ‘No Jab, No Job’ restrictions beyond ‘high-risk workplaces’.

We also heard NSW residents may have to be vaccinated for the coronavirus before they can sit down at their local for a beer, as Premier Berejiklian mulls how to incentivise people to get the jab.

This week (and more recently), the Public Health Association of Australia agrees that it would be beneficial to have clarity around vaccination status, but has raised other methods as a starting point.

Good faith? Give me a break. These clowns wants us to believe there is such thing as a ‘difficult balance’ between individual rights and freedoms, versus collective health outcomes.

The same way ‘security’ was sold to violate fundamental freedoms during the ‘terrorism’ saga.

What happened to all of those terrorists again?

The vaccine agenda is designed to engulf every facet of daily life.

Australia will soon enter an era of mass social coercion.

However, it seems the tide may slowly be turning in the favour of objective reason.

Aussies are abandoning their appointments to get a COVID-19 vaccine following concerns about AstraZeneca’s link to rare blood clots.

Three cases of thrombosis with a low platelet count have been reported in Australia, with one 48-year-old woman dying in a NSW hospital last week. First two covered here.

The decision to offer people under 50 an alternative vaccine to the AstraZeneca shot will impact confidence in the vaccine rollout, which is already plummeting across the country.

Using data from the Melbourne Institute’s fortnightly Taking the Pulse of the Nation (TTPN) survey, researchers have found that the willingness of Australians to get vaccinated has declined substantially from four months ago across all population subgroups.

This includes those who say they don’t want to be vaccinated (or ‘vaccine refusers’), the proportion of whom has increased from 12 per cent in October 2020 to 19.4 per cent in early February 2021.

“Despite more information about the vaccine becoming available just over one quarter of Australians aren’t willing or are uncertain about getting the vaccine because of concerns about effectiveness, safety, and side effects.”

A prominent GP in Sydney’s south-west wants more to be done to address the hesitancy, noting his bookings for the AstraZeneca shot plunged 50 per cent in the past week at his clinic.

Jamal Rifi from the Belmore Medical Respiratory Clinic said more options were needed to speed up the rollout because there is nobody to jab in Sydney:

Support has also fallen among readers of The Australian Financial Review in the past month, according to news reports released by the outlet.

Almost one in five (19 per cent) of readers said they would now refuse to take the AstraZeneca vaccine, up from 11 per cent a month earlier.

This is fantastic news to see.

More and more reports, as well as interactions on the street, show perceptions are slowly changing.

National protests get larger and larger each time they happen.

In response to this shift, authorities are now beginning to change their tone.

Alternative vaccines are now on the agenda for Australia.

The government loves and cares for you so much!

Concerns around the rollout were amplified after Scott Morrison announced the AstraZeneca vaccine would no longer be recommended to people under 50 due to forms of blood clots.

Australia will now fast-track two other coronavirus vaccines and order more of each amid recommendations to use other options than AstraZeneca for people under 50.

Pfizer and Moderna are the new products in line for the Australian public, with Pfizer likely first.

So far, more than a million Pfizer vaccines have been imported into Australia, with the government getting a ‘consistent supply’ of about 130,000 doses a week.

We will be doing a feature piece on the dark history of this company shortly.

Could this have been part of the plan all along? Are we witnessing more Orwellian tactics being broadcasted from our ‘trusted’ sources?

Think about this: The government and mainstream media, by ‘addressing concerns’, are showing that they ‘care’ about the public by protecting them.

‘We have switched the vaccine given concerns!’.

Could this be a false trap to lure people in, making the public believe their best interests are at hand, so that greater acceptance will come around when the alternative jabs rollout?

‘We told you the truth for the first jab, now trust us this time around!’.

Is there even really different vaccines out there to begin with? Or is it all just an illusion?

Remember, all vaccines must pass through the ‘COVAX Facility’ before being distributed.

An interesting thought to ponder.

Either way, officials admit the move to switch vaccines could hinder the already delayed rollout.

Informed citizens may hopefully have more time to campaign and continue turning the tide.

To stop the coercive mandating of ALL vaccines, including the soon-to-hit vaccine passports via Medicare and MyGov, and to stand up for individual freedoms and rights for employment.

If this is part of their Orwellian plan — to lure people in with a false sense of security — then we must ensure they never regain the planted doubt back from the public.

What a time to be alive, ladies and gentlemen.

Stay vigilant out there.