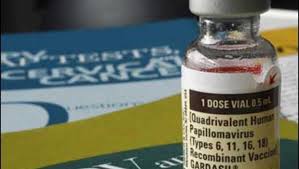 A vaccine given to children is creating concern in the country and around the world.

The Gardasil vaccine is given to girls and boys to stop HPV from causing cervical cancer, however some said it can lead to serious side effects.

Andrea Herlth said she wishes her daughter Korey never got the vaccine, as she spends most of her time going to doctors and getting all kinds of tests and medications.

Her health got so bad after getting the Human Papillomavirus vaccine (HPV), she is now doing IV treatments once per week.

“I have nausea 24/7, dizziness, 24/7 muscle pain, weakness in my legs, back pain, joint pain. Some days I have to walk with a cane,” said 17-year-old Korey Herlth, who said this has been going on for the past two years.

“It’s devastating for her, because she can’t have a normal life,” Andrea Herlth said.

She added that two years ago her daughter’s pediatrician recommended Korey get the Gardasil vaccine, which is given in three doses to prevent cervical cancer, which starts from HPV.

After the first round, she said Korey was fine but after the second “she was sick within a week at the doctors with nausea which has not left her to this day.”

Other children have had even worse side effects.

A 16-year-old girl, who was taken to Connecticut Children’s Medical Center, lost her eyesight and doctors at the hospital believe the vaccine may have caused her blindness.

The Gardasil vaccine, made by Merck, was approved in 2006 and is given to girls and boys as young as 11 years old.

While boys can’t get cervical cancer, they can spread the virus which can lead to cancer.

Hartford Hospital Oncologist Dr. Jonathan Cosin said “80 percent of people will be exposed and infected at one point in their life. A majority of people clear it generally pretty quickly. But some infections turn into chronic infections which turn into cancer.”

He said he treats cervical cancer and feels the vaccine is the best defense.

The disease can be deadly. The latest numbers show close to 12,000 American women are diagnosed with cervical cancer every year, and nearly 4,000 of them die, according to the American Journal of Public Health.

Korey Herlth is one of a few people who have become sick from the vaccine.

According to The Centers for Disease Control, out of all the cases reported eight percent or fewer have serious side effects. But some doctors say the percentage of those who get cervical cancer in the United States and other developed countries is even less, and question whether it’s worth the risk.

“In Connecticut about six women out of 100,000 develop cervical cancer, and these women are probably from other countries, new immigrants or who never have seen a gynecologist,” said Dr. Sin Hang Lee, who is a pathologist.

He said he stresses very few women who get pap smears and regularly see their gynecologists develop cancer, and with early detection, it’s treatable.

He’s known for his work and tested Gardasil vaccines from nine countries at his lab in Milford, and in all of the samples he said “I found some human blood that contained HPV DNA which should not be there.”

He said when blood combines with aluminum in the vaccine, it can be potentially toxic.

He also said that unlike the flu shot, scientists do not need to include the virus in order for the vaccine to be effective.

In his opinion, he said getting the vaccine is a business motivated practice.

“To prevent a cancer, which may happen at age 50 or 45, it’s a long way to prevent a potential cancer 30 years from now,” he said.

When Eyewitness News reached out to Merck about Lee’s findings, the company said only small amounts of lab-grown or recombinant DNA present and “are not capable of causing infection or cancer.”

The Food and Drug Administration said there is no safety risk.

“You never get something for nothing. Everything has a potential for side effects. There’s a lot of hullabaloo about all kinds of vaccines. People have fears about them,” Cosin said.

Andrea Herlth said she isn’t against vaccines, but wished she knew more about Gardasil and feels doctors should be telling parents about the risks, even it is a small amount.

“I want to build awareness with parents so they can make a decision. It’s a flip of a coin – no one knows who – they don’t know why this is happening,” she said.

“I would say I am angry. It’s not my mom’s fault. I am frustrated because I am not able to live my life and be a normal teen,” Korey Herlth said.