Queensland parents who have been shunned by the mainstream for not vaccinating their children are fighting back.

The Sunshine Coast-based Natural Immunity Community, a network of anti-vaccination families, has revealed plans to create their own childcare and homeschooling in response to the federal government’s No Jab No Play regulations implemented in 2016.

Network spokeswoman Allona Lahn has accused the government of insighting fear and spreading misinformation and propaganda about vaccination.

She has called for a national debate on the controversial issue and told Daily Mail Australia she thinks the anti-vaxxers would win.

Allona Lahn is the spokeswoman of Natural Immunity Community, a network of anti-vaccination families in Queensland’s south 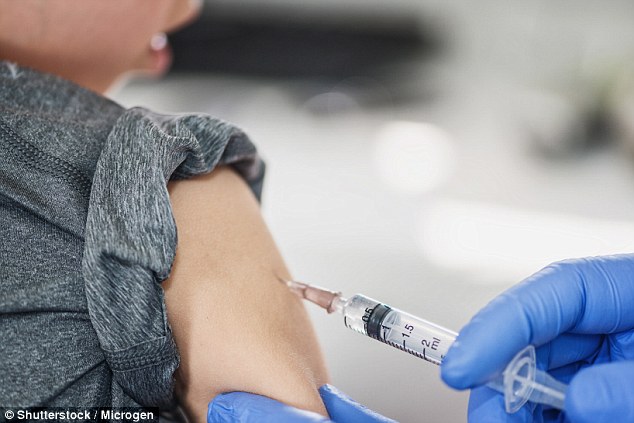 Children do not need to be immunised to attend childcare in South Australia, Western Australia, the Australian Capital Territory, Northern Territory and Tasmania

Under the federal policy, only parents of children who are fully immunised can received any family tax benefits and childcare rebates they are eligible for.

‘We are creating alternatives as we have been forced into a corner thanks to the bullying, intimidation tactics by our government,’ Ms Lahn said.

‘Mothers rights’ have been lost in the community so we’re offering services to help and support anti-vaxxers out there.’

According to Ms Lahn, Natural Immunity Community membership has skyrocketed from 18 to 800 within three years on the Sunshine Coast, where parts of the region have the lowest immunisation rates in Queensland for five-year-olds.

Unvaccinated children are prohibited from attending childcare in New South Wales and Victoria.

Children do not need to be immunised to attend childcare in South Australia, Western Australia, the Australian Capital Territory, Northern Territory and Tasmania.

Queensland childcare operators can cancel or refuse the enrolment of a child who is not vaccinated.

‘The problem is accessible childcare. Without the rebates, many families can’t afford $90 per day for childcare so people are looking at alternatives.’

‘We have playgroups set up which allow mum to go off for appointments,’ she said.

‘Some parents have a rostering system to mind each others’ kids so they can still work and support their families financially. No money is exchanged, it’s purely a service.’

Ms Lahn, who has friends and family who do vaccinate, says she has widespread support and the only backlash received has been online.

She hopes to raise awareness of the social implications of the policy.

‘There’s been no adverse reaction from the community, all the negativity has been online,’ she said.

‘I have been inundated from so many people around Australia wanting advice and help. No doctors or scientists will speak out in fear of being vilified.’

She urged all parents, regardless their stance on the topic to do their own research.

‘All we’re asking is for the right to choose and we’re not getting that,’ she said.

‘We are creating alternatives as we have been forced into a corner thanks to the bullying, intimidation tactics by our government,’ Allona Lahn told Daily Mail Australia 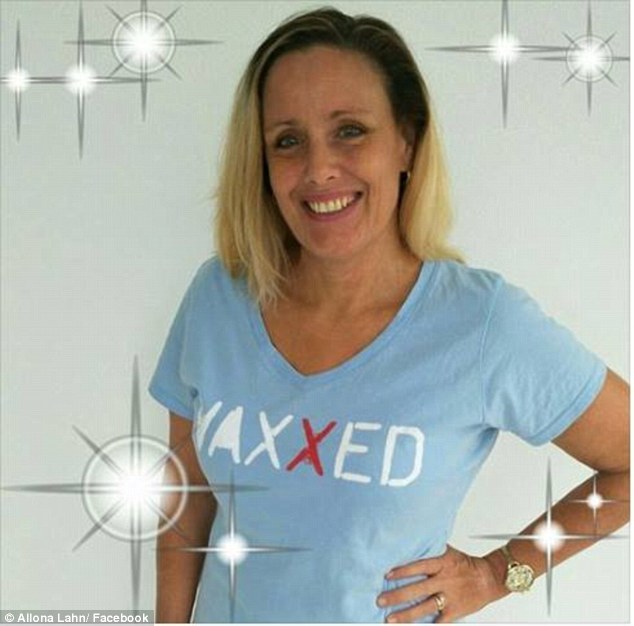 Yvette Miller, an associate professor and director of research at Queensland University of Technology’s  School of Public Health warned against policies targeting anti-vaxxers.

‘Where we don’t engage proper conversations, and understand the diversity in matching our services to their healthcare needs, we do really see negative long-term consequences,’ she told the ABC.

‘We need to be asking for better evidence of whether this approach is actually achieving positive outcomes overall in the target population. That’s not only about how many families have chosen to vaccinate on the basis of these kinds of compliance measures, but also understanding the range of unintended negative impacts of this legislation for children and families, like exclusion from social activities or potentially financial hardship.’ 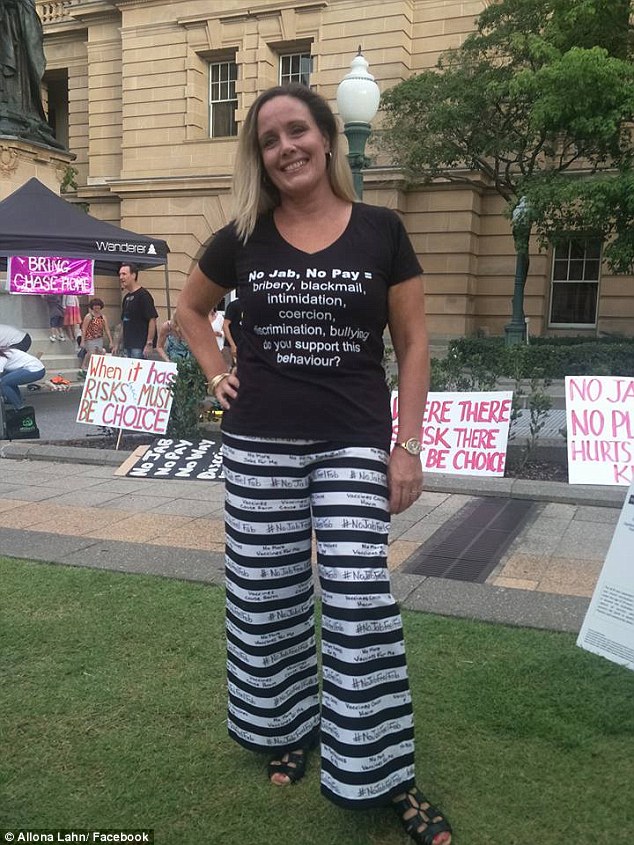 ‘We are creating alternatives as we have been forced into a corner thanks to the bullying, intimidation tactics by our government,’ Allona Lahn told Daily Mail Australia.

The topic has sparked a mixed reaction on social media.

‘Yep keep the unvaccinated kids at home or have a childcare where they can be all together sharing diseases,’ one woman posted on the 7 News Brisbane Facebook page.

Another added: ‘I can see an outbreak of diseases happening here.’

But there was some online support for anti-vaxxers.

‘Good on her, enough with the intimidation from both governments and pharmaceutical lobbies. Vaccines are dangerous for children, 20 years ago vaccines were not compulsory, my children went to childcare then school never killing anyone by not being vaccinated,’ one woman posted.