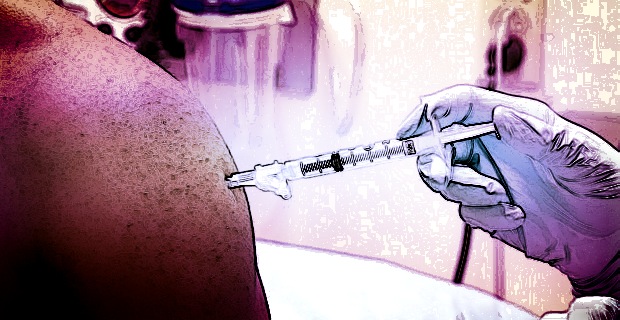 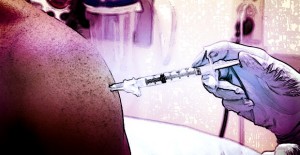 Thousands of people objecting to the compulsory vaccination of their children are bombarding a federal inquiry into the plan and could disrupt a hearing next week.

The campaign by the “anti-vaxxers” has surprised the Senate community affairs legislation committee, which must report within weeks about the No Jab, No Pay Bill.

The plan to cut childcare benefits from parents who fail to immunise their children passed the House of Representatives last week.

Only those with a valid medical reason will be exempt from the $500 million budget-saving crackdown on anti-vaxxers.

There are concerns about outbursts by outraged parents about the legislation, at the committee’s hearing in Brisbane on Monday.

Committee chairman ACT Liberal Senator Zed Seselja is hoping for restraint at the public hearing, despite the huge number of strong objections lodged with the committee.

“We’ve had a lot of submissions, far more than we would ordinarily get for legislation – I don’t know the latest number but certainly in the thousands,” he said on Wednesday.

The committee has not been able to publish all the submissions flooding in from conscientious objectors.

About 2500 pieces of correspondence have been received by the committee secretariat, but some have been sent twice by error. The inquiry website was listing 331 submissions late on Wednesday.

Senator Seselja said all of the submissions were being read and considered by the committee.

“Obviously there are very strong views on this issue and I respect that people have strong views,” he said.

“I happen to believe very strongly in the importance of vaccination; I think the health benefits are overwhelming.

“We always need to carefully consider arguments and concerns, but obviously I think that having a widespread vaccination program has been of really significant benefit to Australia and to the world.”

He was approached by anti-vaxxers when he had a Liberal Party stall at shopping centres.

“Obviously it’s important that we always listen to these concerns, but I think the importance of vaccination shouldn’t be underestimated.

“I did know there were strong feelings in parts of the community on this, and that is their democratic right to express that, and the committee does all it can to listen to those arguments.

“It’s concerning when we see the level of vaccination going down in some particular areas; there are parts of the country that have low levels of vaccination.

“It was only 20 odd years ago that our levels of vaccination in Australia were quite low by western standards and under the Howard government there was a real push and a significant increase in the rates.

“We need to be very careful to guard against any scaling back of vaccination.”

The 76-page submission from the Australian Vaccination-skeptics Network says savings in the forward estimates of over $500 million “lends weight to our view that the bill is merely a budgetary savings measure and not a health measure as it is purported to be”.

The ACT government on Wednesday reported an increase in the proportion of fully immunised five-year-old children (aged 60-63 months), from 85 per cent in 2009 to 93 per cent in 2014.

Two regions of NSW – the north coast and Blue Mountains – have the lowest percentage of girls who are fully vaccinated against the human papillomavirus in Australia. Both areas have been labelled “at risk” for contagious diseases.