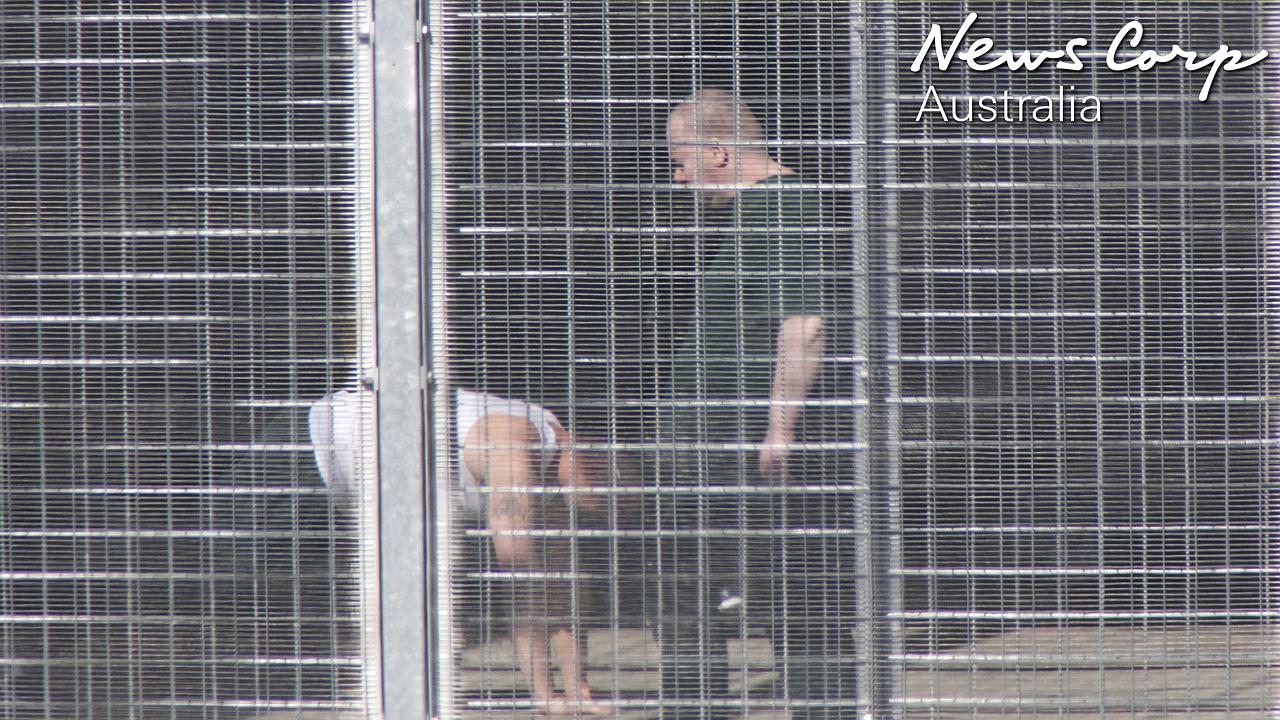 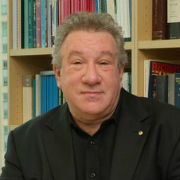 Below is an email to Gary Ramage. You are receiving this email before he does so you can look at two of his pages on the Internet before he removes them.*  Ramage is a photojournalist who works for News Corp Australia – the premier purveyor of public poison in Australia it seems. (* If he does not remove those two pages, it will confirm what is being said about him and News Corp Australia.)

1. Not having any address for Ramage, I phoned the Sydney office of the CEO of News Corp Australia, Julian Clarke, to obtain the CEO’s office email address. But, it was refused by Belinda his personal assistant (PA). Thus, copies of this email will now be sent to Ramage c/o three other email addresses (Weisbrot, Wilson, Park), and a paper copy of the email will be airmailed to Clarke.

2. You are encouraged to look at Ramage’s Twitter page mentioned in the email (search Twitter – Gary Ramage, Martin Bryant; 12 SEP 2015). See for yourself how Ramage maltreats innocent and mentally-handicapped Martin.

3. You are encouraged to look at Ramage’s entrepreneurial efforts (search newspix.com.au – Gary Ramage, Martin Bryant). See for yourself how low this Ramage has sunk. (That this mongrel recently won a Walkley Award for photojournalism is staggering. Perhaps this body has no ethical standards.)

4. Any information related to Gary Ramage, the News Corp Australia articles, the images, Risdon Prison, etc. will be appreciated.

5. Again, there is no copyright on this email or on any of the works listed below. Please copy, distribute, email, link, website, etc. them as you wish.

Several investigators have raised the danger innocent Martin is now in.  The articles published in September by News Corp Australia can be considered a prelude to Martin being killed/murdered inside Risdon Prison. He will then be the 36th victim of the official Port Arthur Massacre.

CEO, Julian Clarke – PA would not give an email address; airmailed

Your attention to this email is recommended.

In September 2015, News Corp Australia published numerous articles in its newspapers and on their related international websites. According to these articles, the images accompanying these articles were taken by you – though an attribution is not given on every image. These images show Risdon Prison near Hobart, Tasmania. More specifically, most of them allegedly show the prisoner Martin Bryant – then alive.

Subsequently, a formal complaint accompanied by a 21-page submission (27 SEP 2015) was directed to the AUSTRALIAN PRESS COUNCIL. This was done because the articles published by News Corp Australia, articles which include your(?) images, foment hatred and could cause an act of lethal violence by an official or inmate of Risdon Prison who has not been told the truth about the official massacre (28-29 APR 1996) at Port Arthur in Tasmania. The articles are also in conflict with requirements on how human beings are to be treated – requirements detailed by: the Australian Human Rights Commission (3); the Australian Medical Association; the Convention Against Torture and Other Cruel, or Degrading Treatmment or Punishment 1984; the Media, Entertainment, and Arts Alliance; The Mercury Newspaper; the Standard Guidelines for Corrections in Australia; and, the AUSTRALIAN PRESS COUNCIL itself. (see Submission Document) You might not give a damn. But many people – an increasing number of people – in Australia do.

The pdf version of said Submission Document will be emailed to you separately – c/o Weisbrot, Wilson, and Park. (other Readers of this email can obtain a free pdf of the Submission Document – see below) You will find your(?) images are raised on pages 5 and 6. Below is one of those images from your(?) series – a series of related images taken in Tasmania over five days from 6-10 September 2015, not just 10 September as claimed by New Corp Australia. It seems we are expected to believe you were flown to Tasmania from Canberra – don’t tell us you drove a car – and there spent five days taking a few images. Would have been a lot cheaper to have a photojournalist from The Mercury right there in Hobart take those few images. Wouldn’t it? But News Corp Australia flew you down there and back, and paid the hotel accommodation for at least four nights. Plus all those meals and beers. For just a few images. Really? No expenses spared by News Corp Australia to get that lone-nut (but left-handed) shooter.

One of your(?) images also apppears on your personal Twitter page, dated “Sep 12” under the appalling heading: “Port Arthur killer Martin Bryant paces like a caged circus animal in Risden Prison.” (sic) Am sure your clueless followers tweeted their LOLs at your cruel phrase, “caged circus animal.”

But what is far worse is that you have listed many of your(?) images on newspix.com.au – on that website there are 14 images of your “caged circus animal.” And you have done this so you can sell copies. You want to MAKE MONEY from your(?) “caged circus animal” images. What a mongrel you are. Neither you, nor New Corp Australia, nor Risdon Prison have any right to take images of prison inmates  and then sell them via newspix.com.au or any other person or party.

You won a Walkley Award (2015) for your human-pain image. Yet you see nothing wrong with selling images of a mentally-handicapped person who has been in hellish pain for nearly 20 years. What a mongrel you are. Do you believe the directors/trustees (see below) of the Walkley Foundation for Journalism are pleased you are profiting from the pain being endured by a helpless human being? Should we ask them?

Getting to the point of this email, it is doubted for quite a number of reasons that you took the above described images. If you did take some/all of the images, it is doubted you took them as described in the articles published by News Corp Australia: “From a vantage point on public land some 600m from Bryant’s exercise yard,” and “The Mersey unit’s exercise yard is visible from a public reserve overlooking the jail, and it was from here that News Corp recorded the photos and video last Thursday.” (see Submission Document for more details)

So now is the time for you to state: 1. What News Corp Australia claimed is the truth, the whole truth. If it is not the truth, you need to state: 2. Who took all the images of your “caged circus animal”; 3. Where exactly were the images taken – where the person you identify stood to operate the camera(s); and. 4. What are the technical specifications (body & lens) of the camera(s) used.

Finally, you don’t need to spend a moment thinking about my waste-of-time complaint lodged with the AUSTRALIAN PRESS COUNCIL. Chairman David Weisbrot (email address above; image below) is well aware of this complaint and it seems he has no objection to News Corp Australia publishing “robust” articles that demonize mentally-handicapped people and which could incite people at Risdon Prison (guard or employee) to kill innocent Martin Bryant whose IQ was 66. (What must it be now?) In short, News Corp Australia has got Weisbrot by his gonads.

Now await your reply. If it is not received by 11 NOV 2015, the cash Reward will be announced soon after. If you do not reply with the requested statement(s), the worst about you can and will inevitably be concluded by the public. Note that your name and News Corp Australia will be identified on the Reward poster.

Will leave you with some words emailed to me last week. After reading them and if you do have a conscience, think about what you have done to Martin Bryant – or, what News Corp Australia has done using your name.

“Martin is never far from our minds we write to him and send socks and things to him never hear back but I doubt he would be allowed to communicate with the outside hopefully he gets his pressies may cheer him up for a few minutes at least! I cannot believe 20 years has gone by and we are still fighting at least there are a lot more people on board now and discovering the horrible miscarriage of justice. I hope Carleen knows you are out there fighting for her son. And I hope Martin gets an idea that there are a lot of people out here that love him and are seeking justice for him at every opportunity….”

Carleen is Martin’s dear mother.  She’s a Christian. So, as pained as she must be in her own hellish life, she would probably forgive you for telling the world her innocent* son is like a “caged circus animal.” But I don’t. (* NO hard evidence; NO re-enactments at the 7 crime scenes; NO certain identification; NO defence lawyer – criminal John Avery ignored Bryant’s repeated NOT GUILTY plea; NO fingerprints; NO DNA; NO public inquiry; NO royal commission; NO conclusive firearm ownership; NO identification of “Tiger” who was intimidating him – see first statement of Petra Willmott; NO personal ability – retarded; NO trial; etc. Add the 22-body refrigerated mortuary vehicle manufactured in Tasmania, as well as the special embalming equipment manufactured in Victoria for Nelson Brothers Funeral Directors, all ready to go for the official massacre – the massacre that Michael Dyson was involved with. As a top SOG of Tasmania Police, he admitted this: “The overall command of violent incidents…is my passion.” Do read LEAKED DOCUMENTS – from the DPP Office TAS – to see what over 100 witnesses saw; exculpatory evidence that neither the State nor New Corp Australia wants the families, relatives, and friends of the victims of the official Port Arthur massacre – or any other Australians – to know about.) 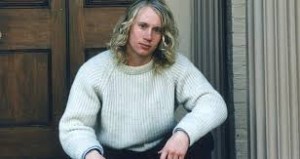 Without the Truth, there is no Justice.

THE WORST OF BRITISH JUSTICE:

no copyright on any of these public documents