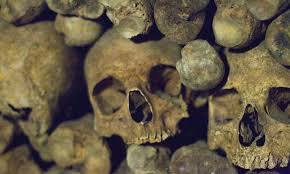 The religion of eugenics has been around for a long, long time. For those of you who need to get up to speed on this issue, here is a brief explanation.

Basically, eugenics is an elitist movement, rooted in the late 1800’s, to selectively “breed out” undesirable traits in the general population. And when I say breed out, I mean sterilize, or even kill, those who do not meet their standards.

To achieve their sadistic goals, these haters of life will even advocate the elimination of an entire race of people. Margaret Sanger, founder of Planned Parenthood and a devout eugenicist, was just such a person; as she referred to blacks as ‘human weeds’ and ‘reckless breeders.’ Since Planned Parenthood is largely responsible for the murder of 57 million babies, many of which are disproportionately black, it would seem that Margaret Sanger’s plan is working well.

As we fast-forward to modern times, it seems that the eugenics crowd has taken a foothold in one arena that touches the lives of almost every child in America, the public education system. With the recently implemented, United Nations inspired, Common Core curriculum, the eugenicists have managed to inject death and self-loathing right into the classroom. We truly face a long, spiritual battle if we are to defeat the “cult of death” which is so prevalent these days.

One of the ways to battle such evil is to educate, which is exactly what I planned when I hosted a conference in Kalispell, MT last week. Two of my guest presenters at the conference, Daniel Brigman and Debbie Bacigalupi, generously agreed to loan me even more of their valuable time to create the video linked below. In it, you will hear examples of the national eugenics plan straight from the very textbooks used in classrooms all across America.

So whether it’s called Agenda 21, Common Core, Sustainable Development or Smart-Growth, the over-arching theme is that people, you and I, are the problem, while “superior” people, the UN and their surrogates, have the solution to the problem, which is, ultimately, the elimination of 90% of the population. I say that these haters of life set a good example for the rest of us and start with themselves.

3 thoughts on “Are Agenda 21 and Common Core Death Cults in Disguise?”