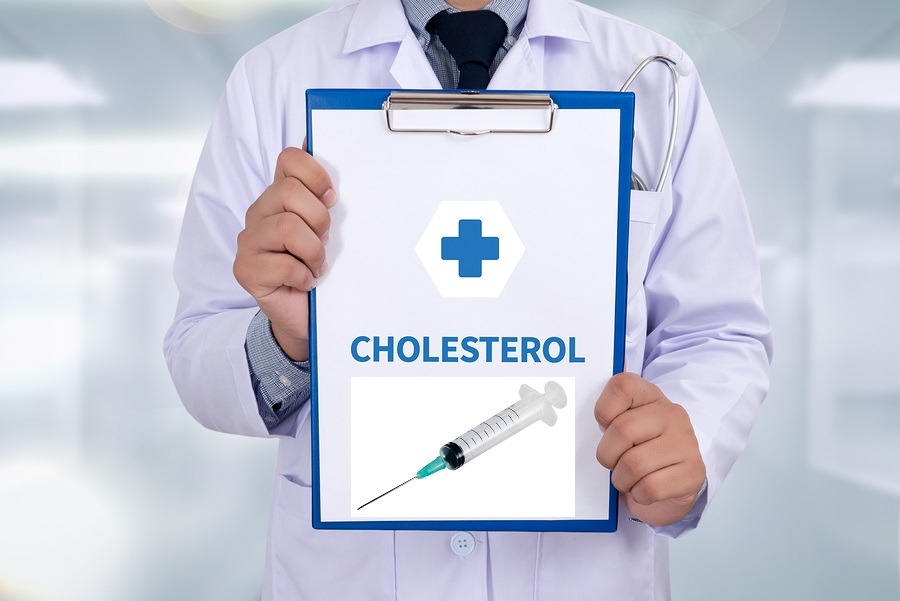 As we have reported frequently here at Health Impact News, sales of drugs to lower cholesterol are the top selling drugs of all time. It is a $100 billion a year industry.

The cholesterol-lowering drug Lipitor is the best-selling drug of all time, grossing over $140 billion, with no serious close competitors in the history of pharmaceutical drugs.

One out of every four Americans over the age of 50 is taking a statin drug to lower their cholesterol. However, these blockbuster drugs have run through their patent life, and now generics dominate the market.

So Big Pharma is looking at new ways to patent new drugs to lower your cholesterol.

The latest? A vaccine is being developed to lower your cholesterol.

Ancel Keys Was Wrong about Heart Disease and Cholesterol

Cholesterol Lowering Drugs Can Be Harmful to Your Health

But this new information, even though published in medical journals, hardly made a dent in the mainstream media’s (MSM) cheerleading its single largest source of advertising money, the pharmaceutical industry.

Most of your body’s cholesterol is located in your brain, and there is strong evidence today that lowering one’s cholesterol by drugs causes brain dysfunction.

New Class of Cholesterol Drugs – A Danger to Your Liver?

Not to be discouraged, pharmaceutical companies created an adjunct, or sometimes substitute, for statin drugs which was developed for stubborn high cholesterol counts or genetically endowed conditions that lead to hypercholesterolemia.

After reluctantly conceding that HDL (high density lipoprotein) cholesterol is healthy or “good cholesterol,” the pharmaceutical industry focused its efforts on chemically reducing what came to be considered “bad cholesterol” or LDL (low density cholesterol). Keep in mind that both these lipoproteins are carriers for the same cholesterol. There are no actual “different” cholesterols.

Pharmaceutical manufacturer Sanofi’s version of the drug alirocumab, trade name Praluent, is the most notorious drug in this group.

The enzyme PCSK9 is made in the liver and it locks on to LDL cholesterol receptors. By blocking the PCSK9 enzyme’s production, the liver’s ability to reject LDL lipoproteins is enhanced.

So Sanofi’s Praluent was approved by the FDA in 2015. Medical authorities raved at how much more LDL was reduced by PCSK9 Praluent than normal statin drugs alone. But Praluent was perhaps too expensive for some medical insurance providers and had to be administered by injection at least every two weeks.

In order to avoid too many expensive office visits for those jabs, auto-jab pens were created for self injecting Praluent. Each one was good for only one shot. It has been speculated that these factors contributed to Praluent’s failure to even come close to revenues from statin drugs in pills since its approval in 2015. (Source)

So now we have human clinical trials that began in 2015 at the University of Vienna Medical School for AFFiRiS Pharmaceuticals’ AT04A, a vaccine that causes the body to produce antibodies blocking the function of PCSK9. It was successfully tested on mice initially.

According to Big Pharma media cheerleaders, the ATO4A vaccine being tested will offer the same dramatic reduction of bi-weekly injections of Praluent with less expense and possibly after only one injection with perhaps one or two subsequent booster shots.

Exactly what toxins will be used for performance boosting adjuncts and preservatives has not yet been a topic of public discourse.

Side Effects of Cholesterol Reducing Drugs Include Diabetes

The human trials will be performed to determine both safety and efficacy. Because of the way the AT04A vaccine affects the liver to block PCSK9 enzyme production to unlock LDL receptors and release LDL, some M.D. researchers are concerned about one potential side effect, early onset adult diabetes or diabetes 2.

Of course, the general official consensus is diabetes 2 would be a reasonable trade-off for eliminating heart attacks or atherosclerosis leading to arterial ruptures. Interestingly, diabetes 2 is considered a risk factor for poor heart health. If diabetes is warned as a side effect, the manufacturer is less culpable for lawsuits.

This risk factor is because sugar, not saturated fat, contributes to arterial inflammation. Some courageous, honest, and observant cardiologists assert inflammation of inner artery walls is the source of atherosclerosis, not cholesterol plaque.

Arterial inflammation is caused by high levels of dietary sugars, processed vegetable oils, and heavy cigarette smoking. Cholesterol forms the plaque in an attempt to seal arteries damaged by inflammation, thus cholesterol is an innocent bystander caught up in arterial plaque trying to patch up the damage.

It is common for research short cuts, cherry picking test documents to submit to and withhold from the FDA, and other shenanigans to be used by pharmaceutical companies for gaining FDA approval. The FDA only looks over the pharmaceutical conducted and/or funded research documents.

And the FDA collects over a million dollars from the pharmaceutical company for licensing the drug to market.

There is not really enough time to test for long term side effects from constant pharmaceutical use. By the time dead bodies and lawsuits pile up enough for drugs to be pulled off the market, the pharmaceutical companies have made their millions or billions.

Will a Cholesterol Vaccine Offer Immunity to Drug Companies if it Kills You?

Then pulling the latest blockbuster drug off the market is no big deal. Class action lawsuits are beginning to stack up against statin drug manufacturers now.

These lawsuits only became possible after Lipitor’s patent expired at the end of 2011, as shortly after that the FDA issued warnings over the side effects of taking statin drugs, which included memory loss, diabetes, and liver damage.

So is this another reason for turning to vaccines to “cure” cholesterol? In this country, lawsuits against vaccine manufacturers are prohibited while civil suits against pharmaceutical companies’ prescription or over-the-counter drugs are allowed.

Add to this the fact that governments are easily convinced into purchasing vaccines in bunches and the vaccine industry proves it is a better business model than medical drugs.

The Terrible Side Effects of Cholesterol Reducing Drugs

There should be no synthetic drugs or vaccines for lowering cholesterol. Cholesterol is manufactured by the body for several functions: