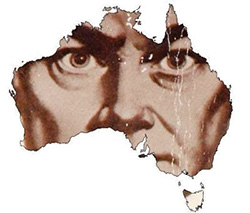 The leaked classified documents by Edward J. Snowden beginning in June 2013 unleashed waves of alarming revelations across the world of covert government mass surveillance and data mining on a global scale.

Considered “the most spectacular intelligence breach in history” by one publisher,1 Snowden’s disclosures tore a wide opening in the veil of international secret government spying and surveillance. The bombshell leaks catalysed immediate protest on pressing concerns of the culture of government secrecy amid reinvigorating crucial public and political awareness of communications security and privacy invasion issues.

However, the protestations appeared to achieve very little, if anything, toward effective reforms to protect user privacy. The initial blow up of public dissent in response to details of the revelations has largely subsided. While several corporations have since demonstrated a measure of transparency, the entire global surveillance landscape remains exceedingly opaque.

Was the initial reaction an overreaction of which more rational minds have since come forth and restored sensible judgment toward the revelations?

The leaked sources themselves offer very little clue as the documents packed one bombshell revelation after the other. Just the first two disclosures in June 2013 showed the US National Security Agency (NSA) secretly spying on millions of American citizens and revealed a mass surveillance data mining program giving government intelligence agencies near unbridled access to milk the central servers of cooperating Internet companies.2

In further testimony of the deep Orwellian dimensions of the NSA were the statements by two of the agency’s former employees turned whistleblowers – William Binney and Thomas Drake. The former intelligence officers alleged at a recent German inquiry committee the NSA has a “totalitarian mentality” that covets nothing less than “total population control.”3

It was also revealed the NSA isn’t the world’s only intelligence powerhouse conducting clandestine surveillance operations. The United States is partnered with Australia, Britain, Canada and New Zealand in a grand alliance of national security intelligence collectively known as the Five Eyes. The Five Eyes agreement came after World War II and continued during the Cold War period to this day.4

The leaked documents need no embellishment as to the incendiary content they contain. The revelations are certainly not what an informed citizenry would idly allow to lapse without scrutiny. Yet in the months since the first leaks exposed the machinations of the NSA and its partners, we’ve seen diminishing public engagement and concern around the world. This has been no less apparent in Australia as professor of international law at the University of Sydney, Ben Saul, recently warned:

3 thoughts on “Australia: The End of Freedom? We are Sleepwalking into a Surveillance State”