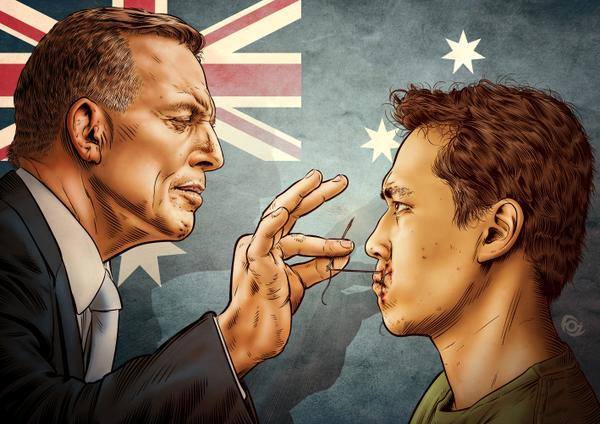 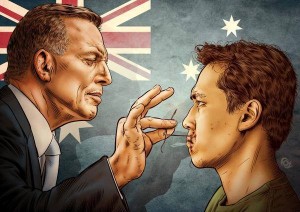 Australia is like a battered victim being held in the thrall of a vicious abuser, writes Lyn Bender. Now it’s time to kick the bum out of the House.

The Australian electorate is like a woman or man held in thrall by an abuser, or someone choosing the known devil. It reflects that Australia has not grown up yet.

Valuing the false strength of authoritarian masculine style threats, and seeing humanity and compassion as weak. This and fear is the paradigm that keeps many in the clutches of an abusive relationship.

Australia is in the grip of a blatantly abusive regime. Like a victim increasingly caught in the tangles of its web, the media and much of the electorate seem unable to join the dots and see the Abbott Government for what it is. In actions, words and dastardly deeds, the Abbott-led government has been cowardly, bullying, cruel, controlling, manipulative, incompetent, divisive, self-gratifying and shamelessly abusive.