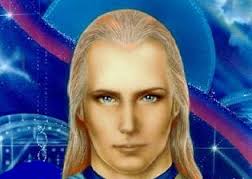 Not many people know this, but back in 2009 a British police officer witnessed ‘Alien Beings’ inspecting a fresh crop circle in a middle of a field!

The Police Sergeant who has not been named, witnessed the event back in 2009.  The Policeman was off duty at the time when he noticed the unusual ‘Beings’ in the field.

The Police Officer pulled his car over and walked over to the field to see what was going on as he apparently had a ‘strange’ feeling about what he was seeing.

However, as he approached the ‘men’ — who were all way over 6ft tall with long blond hair – he suddenly heard “the sound of static electricity” and the trio ran away ”faster than any man he had ever seen” so fast that it apparently almost seemed ‘unreal’.

Leaving the scene of the strange event the Police Officer jumped quickly back into his car and travelled back home to Marlborough, Wiltshire, and then contacted paranormal experts and told them he had spotted a UFO.

Not surprisingly the Police force that the Officer works for, refused to comment at the time and stated “That it was a personal matter!”

The unnamed Police Officer asked for support off a Gentleman called Andrew Russell who is a Crop Circle Investigator.

Andrew described in detail what the Police officer saw on that unusual day: