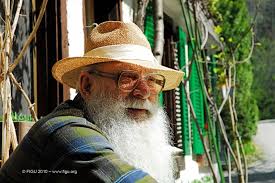 Dr. Paul Craig Roberts sounded like he was reading from Billy Meier’s information, such as the Henoch Prophecies – and from what Meier stated on May 27, 2015 – when he condemned American military and economic policies and their unrelenting push to war:

According to Roberts, “There’s no consequences. So Washington says, ‘Well we can tell any lie we want; nobody does anything about it. The idiot Americans will believe them. They believe these lies, no matter how many times we tell them lies and it turns out they’re lies, they believe the next one too.’”

Of course the problems with our believing these lies is that, according to the Henoch Prophecies, things don’t exactly turn out very well for us (and the rest of the world):

And if the recent concern by Stephen Hawking and Elon Musk about the dangers of robotic, AI weapons becoming autonomous and a danger to mankind sounds familiar, it’s only because they are echoing exactly what Meier foretold in the Henoch Prophecies…from 1987: