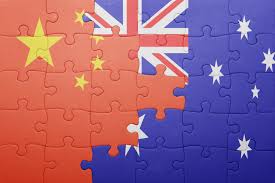 Australia’s permanent migration levels have dropped to their lowest in a decade under the Morrison government, however, net overseas migration sits at 230,000 – the highest in our history.

Speaking to Sky News The Australian’s Adam Creighton said over the last five-year numbers of people moving from China has increased by 50 per cent while the Indian migrant rate has risen to 56 per cent.

Mr Creighton said if we were to assume growth continues at the same rate over the next five years, “the Chinese-born population could exceed the English born population in Australia for the first time”.

Over the past five years, the rate of growth for the Indian-born population was around 56 per cent – about nine times faster than the overall population.

He said the “skew” of the “generous” immigration program is shifting to the lower-skilled, which sees downward pressure on wages for low-skilled jobs across the board.