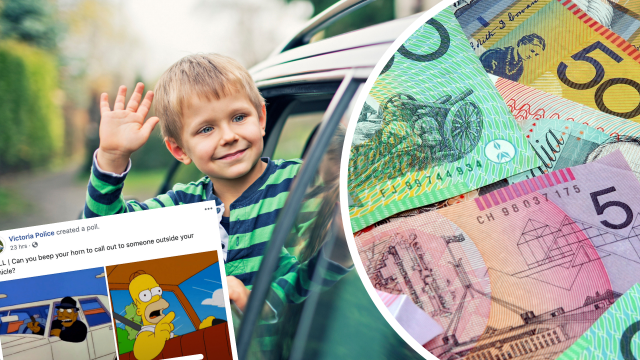 Victoria Police has stunned thousands of Australians by revealing that drivers can’t use their horn to draw the attention of others outside the vehicle.

Using a car horn for any other purpose than to warn others can incur a $161 fine, Victoria Police said on a Facebook poll on Friday, leaving thousands shocked.

Of the 13,400 Australians who had responded to the poll, one in three thought the use of the horn to draw attention to themselves was not illegal.

But, they were wrong.

And in New South Wales, the fine can be even higher.

According to the New South Wales road rules, drivers can’t use their horn for any other reason than to warn someone.

“What a joke,” one respondent said.

But others thought it made complete sense.

“Cannot abide the tooting of horns when people leaving someone’s house. So rude, ignorant. That’s just me,” one person said.

“I do it anyway, those groceries aren’t going to get themselves inside the house,” added a shopper.