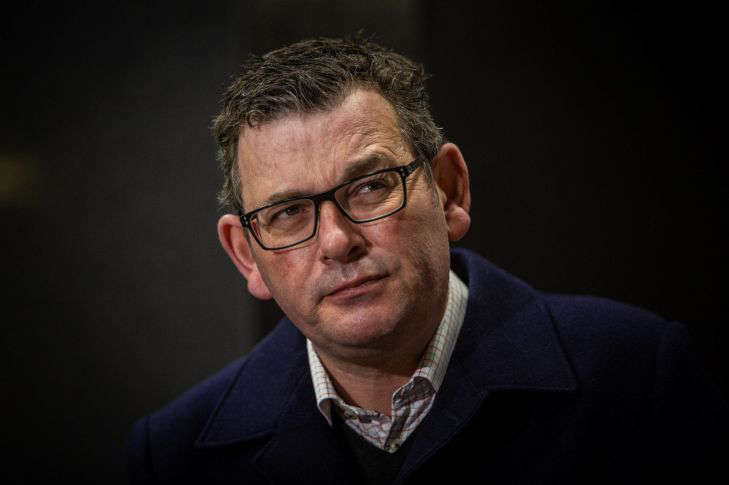 Dan Andrews repeatedly cited non-existent coronavirus-tainted sewage data in his latest decision to lock down the state yet again, it has been revealed.

As Victorians endure another ‘snap lockdown’, Wangaratta’s Mayor sets the record straight on what the area’s reports actually say, claiming “the Premier got it wrong”.

As Victorians currently endure yet another ‘snap lockdown’ across the state, it has been revealed that the sewage test in the Wangaratta area has actually come back negative, despite initial claims.

Andrews announced a seven-day statewide shut down on August 5, in response to the “wastewater detection” of COVID-19 in Wangaratta, a rural city about 236km (147 miles) from Melbourne.

During this time, he stated that this discovery creates the “potential that regional Victorians have been exposed to COVID-19”. The decision to widen restrictions to include the whole state was designed to “keep regional Victoria safe,” the Premier added.

Key words: “Prompted the decision to lock the entire state down“.

Andrews initially claimed the sewage test had “pinged” positive, then went negative, before turning positive again. If you can keep up with that ‘logic’ somehow.

The current order means that, apart from emergencies and grocery shopping, Victoria’s citizens are required to remain at home. Public gatherings are prohibited, with people only able to meet one person in their social circle. Educational institutions will also revert to online teaching.

However, the sole reasoning behind the draconian statewide decree was soon rubbished by local officials in the area, who have since set the record straight.

According to local media reports, his explanation didn’t hold water.

Speaking with homegrown radio station, Kylie and Kev, Rees said that while there was one positive detected, there has only been negatives since. He believes it was a false positive:

Yes, the sole claim that was used to justify the lockdown of millions of people is a lie? Go figure.

Dan Andrews continues to insist that the lockdown is still necessary, however, Australians are now beginning to argue that the current data doesn’t justify such severe blanket restrictions.

Australians soon began to vent on social media about Andrews’ debunked coronavirus sewage, with a number of tweets calling out the premier for locking up the entire state on specious grounds. 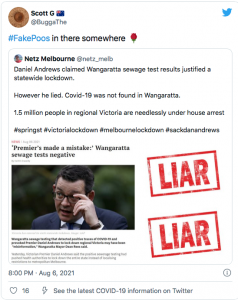 Is an entire state of Australia being locked up for no justification whatsoever?

Let us know your thoughts on these findings below! 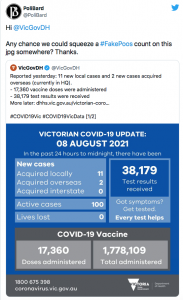 THE PREMIER GOT IT WRONG