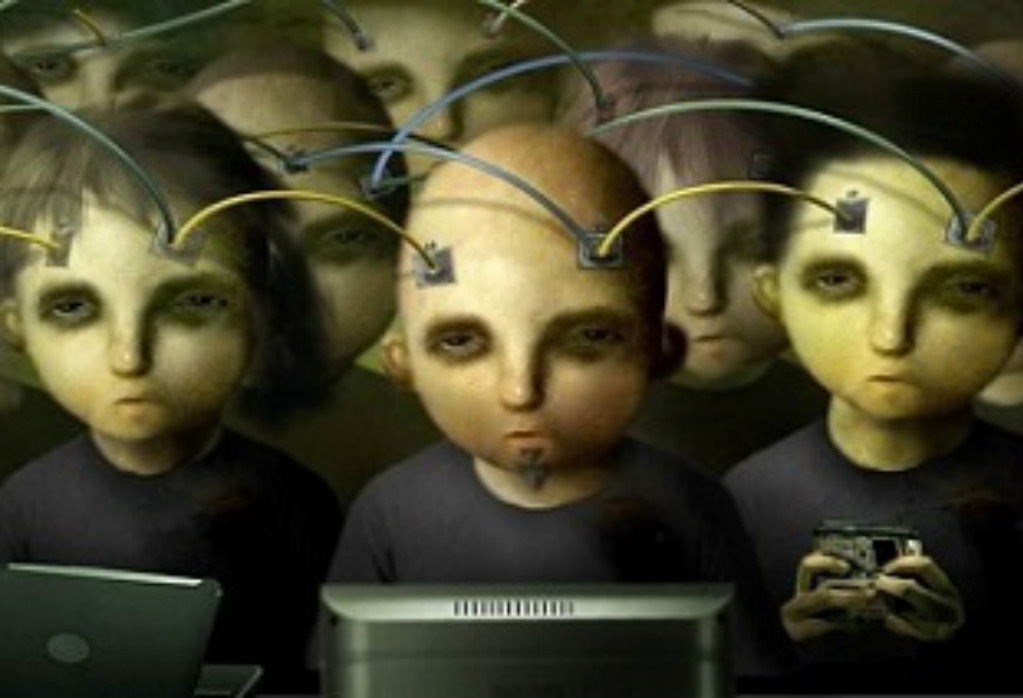 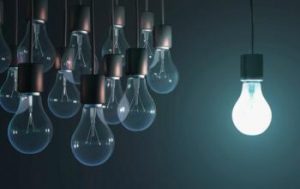 The primary feature of The Group is: its members look at events indirectly; they look at events in accordance with what they think other members are seeing; they don’t look at or judge an event through their own eyes or minds.

This method of seeing is, in fact, empty. It’s a fantasy. It’s like passing around an unknown object, from hand to hand, and describing it as you believe everyone else will describe it.

You are always listening for “an echo effect” before it happens.

And you claim the echo effect is what you perceive.

It creates a foundation of zeroes, in all areas of human life.

In the early days of the American Republic, as the two-party system developed, certain men saw that it was moving toward collectivism.

In phase one, it was evolving into polarized opposition, with neither side actually expressing clear and direct perception. It was an engineered A versus B, with each side saying whatever it could, in order to win popular support.

And beyond that, it was a PRETENSE of polarized opposition. Behind the scenes, both parties, and the men who owned them, were simply building up the power of centralized government—and figuring out how to appeal to the population on the basis of “shared consensus” and “the greatest good for the greatest number.”

In other words: “how can we get the masses to think they’re all perceiving the same thing, the thing we want them to perceive?”

John Adams, in the early days of the Republic, saw it correctly and saw it exactly:

“There is nothing which I dread so much as a division of the republic into two great parties, each arranged under its leader, and concerting [organizing] measures in opposition to each other. This, in my humble opinion, is to be dreaded as the greatest political evil under our Constitution.”

Even more tellingly, George Washington laid the system bare as he struggled to extricate himself from it: “…party disputes are now carried to such a length, and truth is so enveloped in mist and false representation, that it is extremely difficult to know through which channel to seek it [truth]. This difficulty, to one [a person], who is of no party, and whose sole wish is to pursue with undeviating steps a path which would lead this country to respectability, wealth, and happiness, is exceedingly to be lamented.”

Thomas Jefferson, who on a number of occasions registered his acceptance of political parties as inevitable and natural, broke ranks in this very personal assessment: “I never submitted the whole system of my opinions to the creed of any party of men…where I was capable of thinking for myself. Such an addiction [to a party] is the last degradation of a free and moral agent. If I could not go to heaven but with a party, I would not go at all.”

One of the great tools of collectivism is political correctness.

—All political correctness is based on a crooked notion of greatest good, AKA least harm, to the greatest number of people. It isn’t based on direct perception at all.

It’s an effort to convince people to limit their own actions and words, based on what effect they might have on others. These “others” are never allowed to speak for themselves, before the politically correct rules are made.

These “others” are an invented fiction.

These others are nudged into being on the premise that they will be victims, who are disturbed by a potentially infinite number of actions and words.

These victims will perceive harm to themselves before it happens.

They will register a possible future “echo effect” now.

As lambs to the slaughter, they will provide a justification for collectivist thought and existence.

The author of three explosive collections, THE MATRIX REVEALED, EXIT FROM THE MATRIX, andPOWER OUTSIDE THE MATRIX, Jon was a candidate for a US Congressional seat in the 29th District of California. He maintains a consulting practice for private clients, the purpose of which is the expansion of personal creative power. Nominated for a Pulitzer Prize, he has worked as an investigative reporter for 30 years, writing articles on politics, medicine, and health for CBS Healthwatch, LA Weekly, Spin Magazine, Stern, and other newspapers and magazines in the US and Europe. Jon has delivered lectures and seminars on global politics, health, logic, and creative power to audiences around the world. You can sign up for his free emails at NoMoreFakeNews.com or OutsideTheRealityMachine.