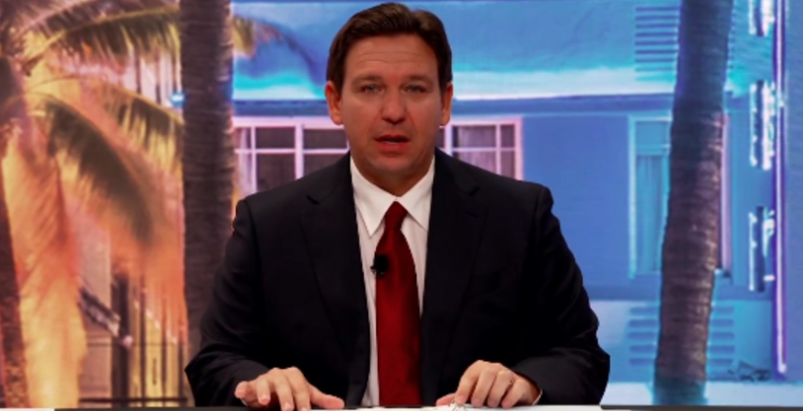 DeSantis petitions for grand jury on COVID mRNA vaccines and public advisory board for oversight.

The roundtable was titled the “Public Health Integrity Committee,” and included multiple medical and health academia specialists who spoke about risks from the COVID-19 vaccines and expressed concerns about the politicization of medical science during the pandemic.

The event follows previous announcements by the governor about holding COVID vaccine manufacturers “accountable” for the side effects of the vaccines.

When announcing the accountability initiative on Dec. 9, DeSantis cited several studies showing an increased risk of myocarditis and pericarditis in adolescents and young male patients after receiving the bivalent, mRNA vaccines for COVID-19.

The U.S. Centers for Disease Control and Prevention has previously acknowledged risks of myocarditis, an inflammation of the heart muscle, though noted that the cases were rarely reported.

State officials said at various junctures in the past that their own study of myocarditis risks and diagnoses after COVID vaccination was up as much as 86% for patients 18 to 39 years old who received the mRNA vaccines. Florida Department of Health guidance currently recommends against vaccination for healthy children.

After the roundtable ended, the governor’s press secretary, Bryan Griffin, announced the state would be seeking the following accountability measures about “COVID response blunders and falsehoods.”

The governor’s office released information about investigations the jury, if empaneled, would perform. They will include investigation of the pharmaceutical industry and the U.S. Food and Drug Administration, pertaining to their refusal “to release patient-level data for independent researchers” as well as “crimes and wrongs in Florida related to the COVID-19 vaccines and further recommend enforcement methods.”

The petition also said investigations will pertain to violations of the Florida Drug and Cosmetic Act, the Florida Racketeer Influenced and Corrupt Organization Act, and crimes involving “fraud or deceit.”

The petition lists, among multiple reasons, accusations that the COVID-19 vaccines mandated by the federal government were pushed due to “individuals and companies with an incentive to do so creat[ing] these perceptions for financial gain.”

The brief filed with the Florida Supreme Court lists multiple citations involving government officials such as Dr. Anthony Fauci and various company leaders from Pfizer and Moderna promoting what the state calls “representations” that the vaccines they produced could end hte pandemic and fully prevent viral transmission, but that those claims’ accuracy was now “questioned.”

The state will also create a public advisory board overseen by Ladapo for oversight of “moving forward of the public health establishment.” In addition to Ladapo’s leadership role on the Public Health Integrity Committee, the surgeon general will reportedly also “conduct research through the University of Florida to assess sudden deaths of individuals in good health who received a COVID-19 vaccine.” This will occur through what the state calls “autopsy surveillance.”

According to a release from the governor’s office, members of the advisory board will include: