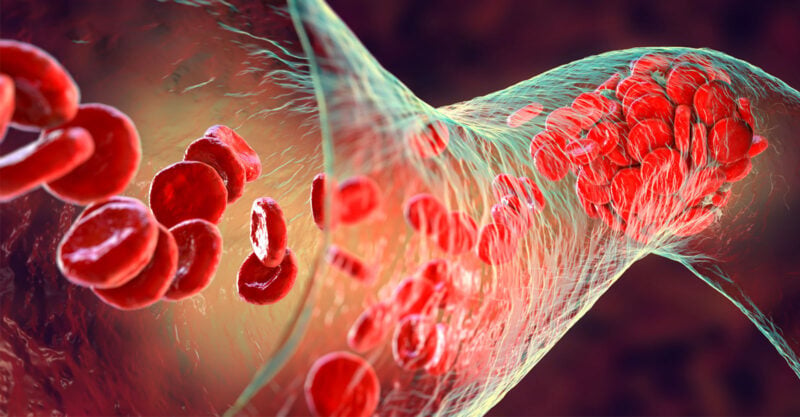 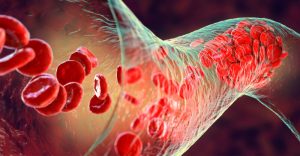 Researchers at the U.S. Food and Drug Administration found that pulmonary embolism — blood clotting in the lungs — met the initial threshold for a statistical signal in elderly individuals and continued meeting the criteria after a more in-depth evaluation.

Pfizer’s COVID-19 vaccine has been linked to blood clotting in older individuals, according to the U.S. Food and Drug Administration (FDA).

FDA researchers, crunching data from a database of elderly persons in the United States, found that pulmonary embolism — blood clotting in the lungs — met the initial threshold for a statistical signal and continued meeting the criteria after a more in-depth evaluation.

Three other outcomes of interest — a lack of oxygen to the heart, a blood platelet disorder called immune thrombocytopenia and another type of clotting called intravascular coagulation — initially raised red flags, researchers said.

More in-depth evaluations, such as comparisons with populations who received influenza vaccines, showed those three as no longer meeting the statistical threshold for a signal.

The study was published by the journal Vaccine on Dec. 1.

The FDA said it was not taking any action on the results because they do not prove the vaccines cause any of the four outcomes, and because the findings “are still under investigation and require more robust study.”

Dr. Peter McCullough, chief medical adviser for the Truth for Health Foundation, told The Epoch Times via email that the new paper “corroborates the concerns of doctors that the large uptick in blood clots, progression of atherosclerotic heart disease, and blood disorders is independently associated with COVID-19vaccination.”

Pfizer did not respond to a request for comment.

How the research was done

FDA researchers, with assistance from researchers with the Centers for Medicare & Medicaid Services (CMS), analyzed data from the CMS database.

They included Medicare Fee-for-Service beneficiaries aged 65 or older who received a vaccine within the timeframe, were enrolled when they were vaccinated and were enrolled for a “clean window” of time prior to vaccination. The window was 183 days or 365 days, depending on the outcome.

About 25 million people receive the Medicare Fee-for-Service, but only about 17 million were vaccinated during the period of time studied.

Researchers used probability testing to detect an increased risk of one or more of 14 outcomes following vaccination.

The goal was to see whether vaccination may increase the risk of adverse outcomes, such as pulmonary embolism, or blood clotting in the lungs. If an outcome met a certain statistical threshold, that meant it could increase the risk.

The initial results of the safety monitoring detected an increased risk of four events, the FDA announced on July 12, 2021. They were the same four outlined in the new paper, which is the first update the agency has given on the matter since its announcement.

As of Jan. 15, 2022, 9,065 cases of a lack of oxygen to the heart — known as acute myocardial infarction — were detected, researchers revealed in the new study. As of the same date, 6,346 cases of pulmonary embolism, 1,064 cases of immune thrombocytopenia and 263 cases of coagulation were detected.

The primary analysis showed a safety signal for all four outcomes. Researchers tried adjusting the numbers by using different variables.

For instance, at one point they adjusted for the variation of background rates, or the rates of each outcome in the general population prior to the pandemic. After certain adjustments — not all — the myocardial infarction, immune thrombocytopenia and intravascular coagulation ceased being statistically significant.

Limitations of the study included possible false signals and possible missed signals due to factors such as parameters being specified wrongly.

The conditions that didn’t trigger a signal included stroke, heart inflammation and appendicitis.

The signals were detected only after Pfizer vaccination. Analyses for signals after receipt of the Moderna and Johnson & Johnson vaccines did not show any concerns.

Moderna and Johnson & Johnson did not respond to requests for comment.

All three vaccines have been linked to a number of side effects. Heart inflammation is causally linked to the Moderna and Pfizer shots, experts around the world have confirmed, while Johnson & Johnson’s has been associated with blood clots.

Other conditions, such as pulmonary embolism, have been reported to authorities and described in studies, though some papers have found no increase in risk following vaccination.

Approximately 4,214 reports of post-vaccination pulmonary embolism, including 1,886 reports following receipt of Pfizer’s vaccine, have been reported to the U.S. Vaccine Adverse Event Reporting System, or VAERS, as of Dec. 9.

Reports to the system can be made by anybody, but most are lodged by healthcare workers, studies show. The number of reports is an undercount, according to studies.

The FDA is set to meet with its vaccine advisory panel in January 2023 about the future of COVID-19 vaccines, as the vaccines have been performing much worse against Omicron and its subvariants.

“A shortcoming of the CMS surveillance system is that it did not capture prior and subsequent SARS-CoV-2 infection which accentuate the cumulative risk of COVID-19 vaccination.

“Given the large number of individuals who have been vaccinated, the population attributable fraction of medical problems ascribed to the vaccines is enormous. I have concerns over the future burden to the healthcare system as a consequence of mass indiscriminate COVID-19 vaccination.”

Reprinted with permission from The Epoch Times.

Zachary Stieber is a senior reporter for The Epoch Times based in Maryland. He covers U.S. and world news.