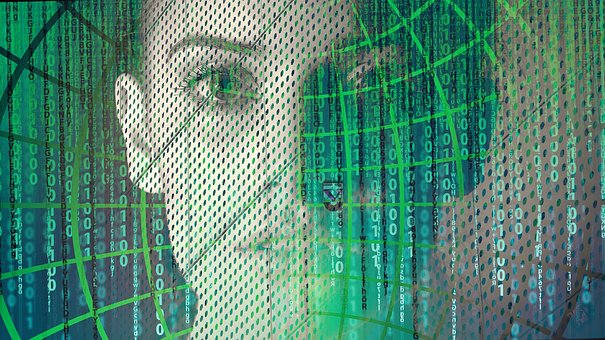 The New South Wales government has revealed plans to roll out facial recognition technology across the public transport network as an alternative to Opal cards.

The announcement follows similar moves in Queensland, where the same company responsible for ‘tap-and-go’ technology is incorporating biometric identification into train and bus systems.

Facial recognition could be used to replace swipe cards on public transport, the New South Wales government has announced.

According to reports, NSW Transport Minister Andrew Constance confirmed the plans in a speech at the Sydney Institute on Tuesday night.

The minister said he expected commuters to use “frictionless transport payments” in the “not too distant future”.

He compared the capability to Amazon’s Go stores, where shoppers simply fill their basket and walk out of the store to be charged.

“In the transport space we’ll use facial recognition technology to scan customers who’ve ‘opted in’ and linked their Opal account.

Justin Warren, a board member of Electronic Frontiers Australia, said it was difficult to see how an opt-out system could be opt-out when everyone using the transport system would be scanned.

Constance also floated the possibility of using “biometric recognition” where people can be identified using other physical and movement markers.

“Digital identity verification will eventually be integrated with biometric recognition. This will read someone’s face, retina, breath, gait or voice to enable next level authorisation and access.

Think truly contactless payments – entry to buildings, onto planes, at banks and hotels.”

The capability could also be used to detect if someone on a train or bus was ill, Constance claimed.

The announcement by the NSW state government is strikingly similar to plans currently underway in QLD — conducted by the same organisation that developed the technology for both states.

In 2017, we reported that Cubic Transportation was set to run ‘proof of concept’ trials of palm vein scanning and facial recognition in Brisbane, with hopes of replacing the Go Card.

The organisation is currently in the ‘contactless’ phase of this plan, having announced plans to trial the elimination of the need for single-use methods, and are set to bring a similar model to Sydney.

The system is similar to current airport biometric passport readers, and to register, passengers have to have a 3D headshot captured in booths supplied by the company.

Such systems have been balked at by privacy groups worldwide, with the Australian Privacy Foundation previously calling such systems “a danger to civil rights and privacy”, and privacy alliances calling facial recognition “incompatible with a free society”.

There is no evidence that the Opal card turnstiles cause delays to the network, or are a pain point for commuters, yet the company will continue plans as we enter a new age of biometric capabilities.

The announcement for more biometric facial recognition capability follows a concerning trend in Australia over the last decade, which has seen a rapid shift towards intrusive monitoring techniques.

Sweeping legislative changes and broad anti-terror laws have sanctioned powerful surveillance methods, such as the development of biometric capabilities for government and the private sector.

Once example includes all states and territories agreeing to hand over driver’s licenses and passport photos for a national identification database, allowing for real-time facial recognition when matched to CCTV footage — bypassing state restrictions on obtaining such information.

This has led subsequently led to the swift introduction of ‘smart CCTV’ capabilities in Darwin and facial recognition cameras installed in the Perth CBD, as part of new ‘smart city’ initiatives.

The Australian government has stated their intended goal is to automate 90% of air traveller processing by 2020, and is on track to replace passports with facial recognition capabilities.

Biometric systems being introduced across the country bare a striking resemblance to current ‘Social Credit’ initiatives introduced in China, and we have expressed concerns that a similar system will soon reach Australia.

In China, a national ‘reputation system’ has been developed by the Chinese government to standardise the assessment of citizen and business economic and ‘social reputation’, based on points or ‘credit’ for behaviour.

Underpinning the agenda, points are lost and gained based on behaviour readings from a sophisticated network of 200 million facial recognition surveillance cameras across the country.

Currently, over 13.7 million people are classified as ‘untrustworthy’ under the system, resulting in millions of plane and train tickets being suspended and activities in society restricted.

Is facial recognition on public transport and airports the first key step to a similar system being developed in Australia? Is a modern biometric dystopia approaching?

Let us know your thoughts below.