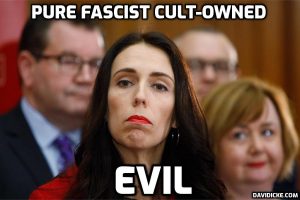 The New Zealand (“NZ”) Labour Party have introduced a Therapeutic Products Bill. The public only has until 15 February to make submissions. More than 50% of the NZ public uses Natural Products. The structure of the Bill is very concerning. It establishes a regulator who will be empowered to take decisions and control availability, it does not adequately specify what factors should influence his decisions. In other words, it is an enabling bill of the type favoured by repressive regimes.

We don’t see any evidence that the public is being disadvantaged under current regulations, Dr. Guy Hatchard said, nor is there any evidence they are being harmed by Natural Products. This is an area where the government has no need to tighten regulations.

The Bill will place additional financial burdens on manufacturers and end users and it will introduce uncertainty about products that have been sold and relied upon by millions of New Zealanders. In our opinion, it is an underhand move to structure the Bill as regulation without specifying content. This is designed to disperse and deflect public interest, especially as the public consultation period spans the summer break.

It is of note that the very long list of common herbals planned to be banned under the 2016 bill drawn up by Medsafe with the help of the International Coalition of Medicines Regulatory Authorities(“ICMRA”) is still in existence. Some of these are even used regularly and traditionally in cooking. Under the Bill, there is nothing to stop the new regulator from simply adopting this list as soon as appointed. This list would disrupt the availability of traditional remedies.

ICMRA was born out of the 65th World Health Assembly conference in 2012 under the excuse of a need “to address current and emerging human medicine regulatory and safety challenges globally, strategically and in an ongoing, transparent, authoritative and institutional manner.”  Its members include medicine and drug regulatory bodies from 22 countries and the European Union.  Additionally, another 15 countries are counted as associate members.  The World Health Organisation is noted as an “observer.” And so, this is not only a problem New Zealanders face. What is happening in New Zealand in respect of prohibiting and controlling Natural Products will be rolled out to the detriment of populations in a large portion of the world.

Civilisations come and go through the ages. When governments empower people, they harness the intelligence and creativity of their citizens for the good of all, when they seek to control their populations, they fall into decline.

Following three years of pandemic control, governments are not stopping there. Here in New Zealand, the government has introduced the ‘Therapeutic Products Bill’ which will control how products which appear to benefit health are manufactured, prescribed, imported, advertised, supplied and exported. According to Health Minister Andrew Little: