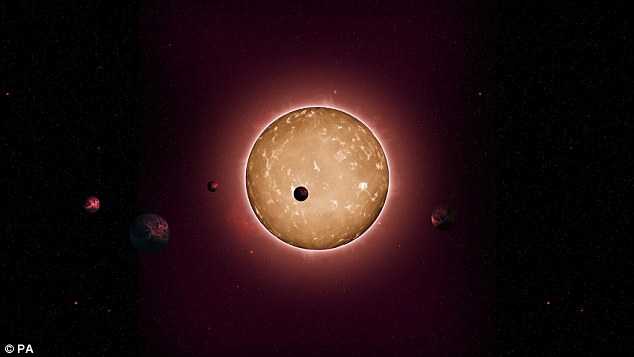 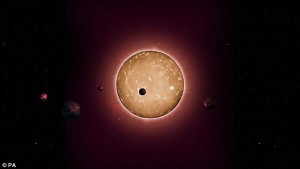 In January, a group led by Tiago Campante — an astroseismology or ‘starquake’ researcher at the University of Birmingham in the United Kingdom — announced the discovery of five tiny, likely rocky worlds close to an ancient star.

Now he says that discovery could lead to new insights into where alien life could be.

‘This system gives us hope that there are other habitable worlds that we can’t detect because we don’t have enough observing timespan yet,’ Campante told Nasa’s Astrobio.net.

Upcoming observatories could change that, he added.

Whether life can live for billions of years, however, is pure speculation.

‘If intelligent life develops in a system as old as this one, would it still exist or would they extinguish themselves?’ Campante asked.

The star is named Kepler-444 after NASA’s planet-hunting Kepler mission, which first made a tentative discovery.

The star was originally dubbed KOI-3158, but has just been re-named.

Astronomers have shown that it hosts five planets with diameters ranging between those of Mercury and Venus.