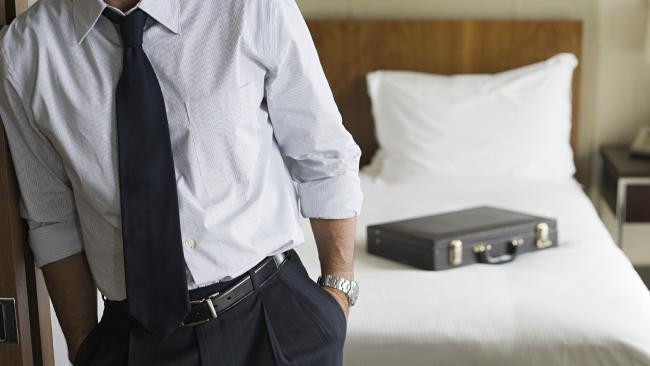 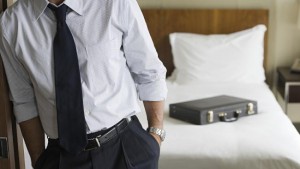 A FORMER Kings Cross sex worker has opened his little black book containing the names and details of high profile clients he claims were a part of a “sick” and elaborate paedophile ring.

Dave*, 47, told news.com.au that high profile judges, lawyers, navy captains, a prominent lord mayor and business executives were among hundreds of clients who prowled the Sydney red light district and the “Darlinghurst Wall” pick-up spot to lure underage boys into their hotels and penthouses for sex in the late 1980s and early 1990s.

Dave, aged 18 at the time, said a pimp forced him into prostitution and a “seedy” underworld where he was abused, sodomised, threatened and taken advantage of by “hundreds” of men in Sydney over four years.

“The main thing I was concerned about was the people I was meeting, their jobs and positions and things like that and what bothers me was they had underage people,” he said.

He said former Wollongong mayor Tony Bevan — whose other victims previously signed statutory declarations to allege was a paedophile — was the “sick” ringleader with a network of men reaching into all facets of the community.

“I never forgot his name because of what they made us do.

“There would be five or six of them (in the one room) and me and this other guy Brian* would say we were going for a walk and they’d say ‘no you can’t’, then they’d get physical and push us down and all of them would get on both of us and sodomise.

“It’s the high profile ones who were the worst: filthy and dirty and threatening.

“There were judges, lawyers and two navy captains and some officers, and a respected business man who now owns a major clothing company.”

Dave said he was groomed by Mr Bevan to approach younger boys from the streets and lure them back to hotels and apartments for the men in the network to have sex with.

“I feel guilty because I was asked to befriend these people for them,” he said.

“The going price was $50 then you go with them and they pay you or give you clothes.

“The boys would be around the Cross, they have seen them then get me to befriend them and see if they were willing to come back and introduce them and stuff like that.

“That’s part of the reason I haven’t gone to the police, because I’m scared I’ll get in trouble for it.

“I’ve got to live with the guilt and shame. I battled with mental health. I faced it. I’ve accepted it. It’s taken a lot of years.

“I think about those boys all the time and wonder how they are.”

The Wood Royal Commission into police corruption and paedophilia — which started three years after Mr Bevan’s death — was told the former mayor, known in paedophile rings as Commander Hook, lured young boys with gifts and aeroplane rides and then used them in a sex ring he ran in Wollongong and Sydney.

Evidence given by the young victims was damning, horrific and explicit.

Dave said some of the perpetrators who victimised him had since died, including Mr Bevan in 1991, while others not named in the Royal Commission still held top positions in the community.

Dave said he believes “at least some” of the alleged offenders affiliated with Bevan’s Sydney network were still preying on vulnerable and troubled youths, based on information from his connections.

“I think it’s because of their position, they can manipulate with money, ‘we’ll buy you this if you do this’,” Dave said.

“There are kids on the streets who tell me they experience the exact same things I did — I know what they’re going through.”

He said it was easy for youths to fall under the spell of seasoned criminals.

“It happened to me when I was young and homeless and approached by a man while resting at Central Station,” he said.

“I went with him and later found out he was a heroin addict when we were living in Paddington.

“He introduced me to the Cross and I started meeting people and going to bars that were gay, like the Fish Bowl and the Rex Hotel.

“Then one day he took me up to ‘the (Darlinghurst) Wall’ and said ‘if you stand here we can make lots of money’.

“If I didn’t I’d get bashed and beaten.”

Running away crossed his mind but wasn’t a feasible option at the time, according to Dave.

“I was afraid to say no to the offers,” he said.

“I didn’t want to do certain things, like being sodomised.

“I would try to get away by just teasing them or just touching them but that never really worked.”

Dave said he required medical attention after one of his encounters with “a respected businessman”.

“He tried to penetrate me … I had it forced,” he said.

“It was behind a wall, he took me in a dark alley and he was very strong.

“I went to the reverend across the road and fell on the floor crying and told him why … he referred me across the road for medical treatment but I didn’t want them to call police because I was scared I would be in trouble too.

“I had torn tissue and I can’t remember how long it took to recover physically.”

He said forced prostitution was an industry that thrived in Australia during the 1980s and ’90s.

“I reckon I was drugged with a sleeping tablet or something.”

Dave said he wanted to share his experiences to educate vulnerable people on the dangers of sexual predators and to increase awareness of the sly tactics they adopt to rope their targets into prostitution.

“These scumbags need to be dealt with,” he said.

“The public need to be aware they’re out there.”

Dave said after four years as a sex worker, he met the “love of (his) life” in a bar who helped change his life.

He is now happily married and works part time as a cleaner.