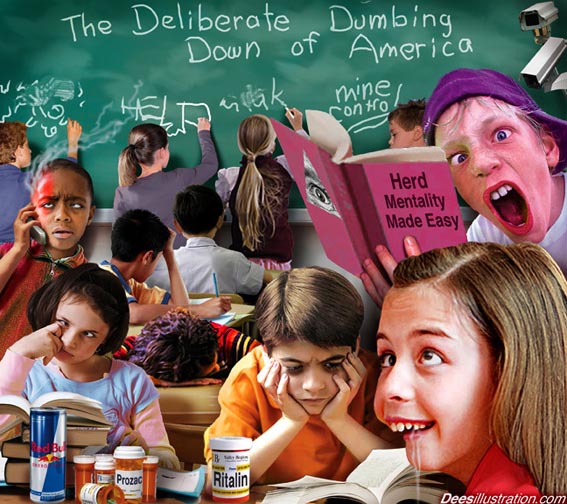 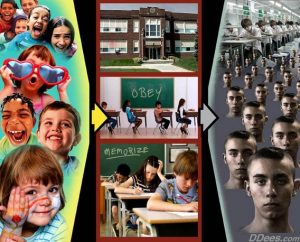 Over the past few years, I’ve written extensively about clap-trap higher education, which is turning out to be a combination of values-indoctrination, peer pressure, conformity, Leftist ideology, peppered with an astounding number of vague unexamined generalities. It adds up to intellectual starvation by attrition. It’s a war against the mind carried on by attempting to shape and control and limit the mind.

If you took the worst features of fake discourse and analysis and rolled them up into a ball, you would get college.

This is one reason why I wrote a basic logic course for high school students and included it in my collection, The Matrix Revealed.

From my own experience as a student, and from teaching teenage students, I discovered an encouraging fact: a little bit of logic goes a long way. Students respond. They wake up, for example, when they find out what a generality is, when they read examples, when they run them to ground, when they discover how many generalities end up in blind alleys with no factual support.

It’s as if the mind says, “I didn’t realize this before! I’ve been waiting for this! I want to analyze information. Here is a basic tool. I’m ready. Let’s go. I don’t want to be fooled anymore.”

The basic condition of a mind is ALERT. It’s only through the introduction of nonsense, contradiction and vagueness that the mind sinks into the mud and gives up and goes on autopilot.

There is a problem for the denizens of higher education: Students armed with logic eventually become independent. They resist indoctrination of any kind. They can perform their own investigations. They can handle information. They can discount and reject nonsense. They see through hidden agendas.

A teacher has to be ready for that and welcome it. Most teachers don’t want to face such intrusions. Open territory, open inquiries, far-ranging questions upset the planned status quo.

What should be the most exciting aspect of learning is taken as a threat.

In this regard, too many teachers are cowards. They can’t face the music of logic.

Higher education is mainly a group of designed set-pieces, whose purpose is arriving at a predictable result. Students armed with logic will rip those pieces to shreds, look at the elements, put them back together in new ways, and expose shortcomings and outright fraud. What students take to be an adventure most teachers look at as a deeply disturbing tornado.

This is the most profound meaning of censorship. The teacher essentially says to the student, “You can’t go there. Don’t think about what you’re thinking about. Don’t ruin the pattern. Don’t go into spaces where the truth is up for grabs. We’re trying to arrive at a destination, and I decide what that destination is.”

True education always contains factors of rebellion against authority—but this isn’t a mindless attack, it’s done with logic and evidence and honed thought. It can be done with a decent attitude and respect, so long as the teacher is willing to open the door to deeper and deeper analysis.

Then the classroom would be an exciting place. Then students would come in with bright eyes and minds. Then all bets would be off. Then teachers would learn new things. Then the atmosphere would crackle with possibility. Then both students and teachers would look forward to discovering what they don’t know. Then the real party would begin.

Then mind control would be a laughable absurdity.

The lights go on. The minds go on.

The world is revealed to be a different place.