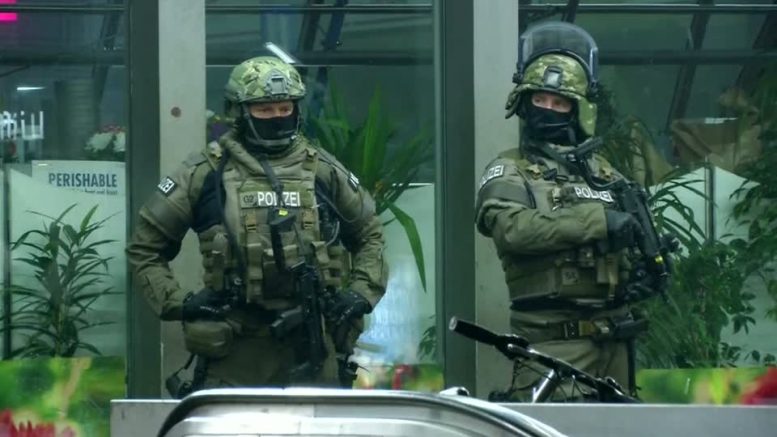 The bodies of the victims of Munich’s recent mass shooting barely cold, German “authorities” and politicians have wasted no time in calling for more police state measures and the further clamp down on access to gun ownership in Germany.

Bavarian Interior Minister Joachim Hermann is now pushing for going so far as to revise the German Constitution so that limits placed on using the military domestically can be removed, allowing the German military to be used inside Germany for “large-scale terrorist situations.”

The limits on Germany’s military were put in place after World War II and in response to Germany’s experience with the Nazi regime with all its excesses, totalitarianism, violence, and genocide.

Hermann stated that Germany is “an absolutely stable democracy” and, as such, Germans should be perfectly fine with having their military deployed on German streets.

Baden-Wurttemberg’s Interior Minister also hinted at the possibility of changing the German Constitution in a manner similar to Hermann.

Social Democrats and Greens have criticized the statements as opportunism.

Likewise, Germans are now hearing arguments that Germany’s already oppressive gun laws should be tightened even more, thus restricting an already highly restricted population’s access to firearms and a means to defend themselves from crime and the possibility of a tyrannical government, both concepts Germans should be quite familiar with.

Still, Vice Chancellor Sigmar Gabriel stated that even stricter laws are needed in regard to gun ownership and access to weapons, saying to Funke Media Group that “we need to do everything further possible to curb the access to deadly weapons and strictly control them.”

“How can it be that an unstable, or possibly even mentally ill, 18-year-old comes into possession of a firearm?” he asked.

The question was not asked of Gabriel how it could be that a government, which demands its citizens be unarmed and defenseless on the promise that their government will keep them safe, has allowed the country to turn in to a hot spot for mass shootings, stabbings, and other forms of terrorist attacks.

There was, of course, little doubt that communo-fascist elements of the German government would immediately begin to seize upon the crisis – real or engineered by intelligence agencies – in order to push for greater totalitarian control over the German people. Regardless of the nature of the attacks, it is clear that the German government is not letting it go to waste.

Brandon Turbeville – article archive here – is the author of seven books, Codex Alimentarius — The End of Health Freedom, 7 Real Conspiracies, Five Sense Solutions and Dispatches From a Dissident, volume 1 andvolume 2, The Road to Damascus: The Anglo-American Assault on Syria, and The Difference it Makes: 36 Reasons Why Hillary Clinton Should Never Be President. Turbeville has published over 650 articles on a wide variety of subjects including health, economics, government corruption, and civil liberties. Brandon Turbeville’s radio show Truth on The Tracks can be found every Monday night 9 pm EST at UCYTV. His website is BrandonTurbeville.com He is available for radio and TV interviews. Please contact activistpost (at) gmail.com.