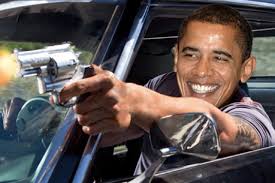 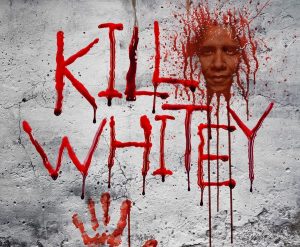 What will it take for citizens to face up to the nature of the state of terror against the American people? All the attention about Islamic suicide fanatics provides ample cover to ignore the pathetic condition of race relations that has been a hallmark of the Obama administration. If a POTUS person of color was accused of festering discontent, the fable disinformation media would pay no attention to or paint the charges as racist. The liberal sociopaths that project the progressive culture are obsessed with smearing all dissent from their authoritarian oppression as based upon bigotry that objects to the supremacy of their multicolored Marxism.

The sickness that permeates the social welfare society is no benign neglect; it is an orchestrated construct to destroy our Western Civilization and traditional heritage. Obama has performed this function from the very inception of his subversion.

The only palpable conclusion to draw from the federal government’s consistent pattern of militarizing internal security and breaking down local authority is to complete the plan for total domestic despotism.

Furthering tensions to foster a boiling point plays into the hands of the elites that want the ultimate hegemony and the only one that counts, the final destruction of a country under common law and its replacement with a central government dictatorship. Using urban anarchy has built the “Great Society”. Now the thin blue line is being targeted for even more deadly acts of violence.

Federalization of governance is achieved through managed chaos and false flag crisis. Much has been said about the Black Lives Matter faction of incendiary thugs. However, most talking heads are afraid to label these insurrectionists for what they are; namely, domestic terrorists.

One exception is Tim Constantine in his column Black Lives Matter is a terrorist group.

“Some reasonable questions: When a shooting involving a white police officer and a black suspect occurs, why is racism immediately assumed? Conversely, when a black suspect guns down an unsuspecting white policeman, husband and father of two, why are we told not to assume racism played any role? It’s an amazing double standard.

If the criteria for being considered a terrorist group is someone who uses violent action or threats of violent action for political purposes, Black Lives Matter is clearly a terrorist group. If members actually hope to achieve racial harmony, the organization needs to immediately renounce violence and work with law enforcement to find common ground.

If instead the group continues to poison the atmosphere with calls for violent acts against the men and women who serve and protect us, we must call members of Black Lives Matter what they are — terrorists.”

Cultivated by the Jessie Jackson opportunist extortion business and the Al Sharpton fear based racial discrimination smears, the African-American community has allowed themselves to be used as a ghetto piñata that results in black on black non- stop carnage.  Even, USA Today reports that Chicago’s murder rate soars 72% in 2016; shootings up more than 88%.

Obama’s years as a community Bolshevik in Chicago is well documented. How Saul Alinsky Taught Barack Obama Everything He Knows About Civic Upheaval provides the following testimony.

Alinsky taught him well. And Alinsky’s son was the first to admit it, when he wrote a letter to the Boston Globe in praise of Barack Obama following the 2008 Democrat National Convention:

“Barack Obama’s training in Chicago by the great community organizers is showing its effectiveness. It is an amazingly powerful format, and the method of my late father always works to get the message out and get the supporters on board. When executed meticulously and thoughtfully, it is a powerful strategy for initiating change and making it really happen. Obama learned his lesson well.”

And the end result of this riotous training operates in every corner of the treasonable Obama government. Using false flag operations as national distractions is common practice. Even when real maniacs commit their execution murders, the establishment culture is reluctant to address black on white violence as a hate crime.

“The U.S. Department of Justice is always quick to insert itself into local investigations,” group President Chuck Canterbury said Friday. “Today we expect action just as swift. We want a federal investigation into those who were motivated by their hatred of police to commit mass murder in Dallas.”

“If there has ever been an assassination of police officers that fits the current hate crime legislation, Dallas is it,” Canterbury told National Public Radio on Friday. “Though the main offender is dead, the hate crime investigation will show to the Justice Department and to the country that this was a hate-based crime.”

The politicization of any murder with the characterization of hate, based upon race, has produced an atmosphere of total division that furthers rancor among ethnic groups. However, when a President continues his crusade against guns, while refusing to acknowledge his own role in undermining lawful public safety authority, the calamity intensifies even more.

“The Dallas shootings are the logical extension of the demonization of police officers by the racial grievance industry spearheaded by the Black Lives Matter movement, a demonization that began almost as soon as President Obama took office. As Fox News reported in 2009:

Many police officers across the country have a message for President Barack Obama Get all the facts before criticizing one of our own. Obama’s public criticism that Cambridge officers “acted stupidly” when they arrested black Harvard professor Henry Louis Gates Jr. could make it harder for police to work with people of color, some officers said Thursday.”

As the years of despair continue under the Democrat regime that ruled by executive orders, the flames of racial hostility compound. Now that The Dallas bloodbath has declared open season on law enforcement, the Obama Department of Injustice is on the spot to put an end to the double standard and hold hate groups like Black Lives Matter accountable.

With the national party conventions just around the corner, both Republican and Democrat nomination events are very much at risk from the George Soro crowd that funds hoodlums. Last year POLITICO’s article Major donors consider funding Black Lives Matter provided the proof. “Some of the biggest donors on the left plan to meet behind closed doors next week in Washington with leaders of the Black Lives Matter movement and their allies to discuss funding the burgeoning protest movement.”

Yes, this is the same group that posted #BlackLivesMatter Reveal CHILLING Plan: ‘It’s Open Season For Killing Cops And Crackers’.

“Over the past several weeks, leadership of the #BlackLivesMatter and #FuckYoFlag movement have repeatedly called for the killing of whites and police officers. Through conference calls and their blog talk radio programs, ringleaders of this domestic terrorist organization have made it clear to their followers that they should target white people who are alone, and execute them when they are most vulnerable.”

There you have it, the Obama race legacy in black and white. The globalists and international finance have worked for decades to divide the country. They must be rejoicing that the media cycle has switched from the lies of crooked Hillary and the clear evidence that the FBI put forth that she would lose her security clearance if still the Secretary of State.

What better a diversion than starting a race conflict? Obama would never support community policing, but will do everything imaginable to federalize law enforcement. Forget about genuine peace keeping, it is time for the establishment to write the script to keep the public away from the most crucial issues in this election cycle.

So what can be learned from the tragic event in Dallas? How about some precedent setting legal action against Obama, like the one just filed by Larry Klayman? Before you dismiss such an approach, the gatekeepers in the controlled, divide and conquer culture, will continue to subvert the true causes of this failed society.

Obama has garnered his role as destroyer in chief during his seven plus years in office. Since meaningful political push back has never been demonstrated by the loyal opposition and the comatose public is so afraid of being called a racist, the problem of expanding the self-induced plantation just worsens.

When the Dallas police sent a robot to neutralize Micah Johnson, the bomb used set the latest escalation in the breakdown of civilization. Civil society is at war, but you need to understand who the actual enemy is. The designed and manipulated discord just hastens permanent martial law. We all lose under this scenario. Only an authentic national revival will save the soul of the nation. Wake up, time is short and the political tribulation is upon us. Obama followers, most of all, need a fundamental attitude adjustment.