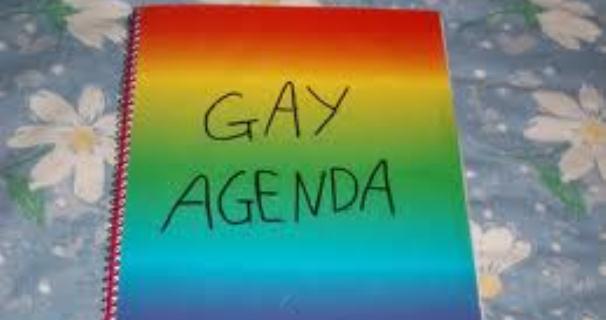 Hot on the heels of the annual parade of sleaze and perversion in Sydney tonight, attended for the first time ever by our Prime Minister, as well as Opposition Leader, and with police and other groups in attendance, we have even more sexual evil polluting our land.

And when this sexual perversion specifically targets our children, even toddlers, then you know that diabolical evil is now running amok in this country. As a parent it makes my blood boil to hear about this moral madness and sexual insanity.

Consider this article about what the sexperts and social revolutionaries at the Early Childhood Australia are up to as they target our children:

Toddlers will be taught about sex, sexuality and cross-dressing in a controversial national program being rolled out at childcare centres and kindergartens next month.
Educators will be encouraged to use dress-ups to explain cross-dressing to kids and may even take group tours of the opposite sex’s toilets as part of the Start Early initiative.
Teachers will use material provided by Early Childhood Australia, and books such as the bookChildren’s Sexual Development and Behaviour: Pants Aren’t Rude, by Pam Linke.
Suggestions in the book include teaching about sexuality in a positive way as a healthy part of life, ensuring children aren’t forced to kiss anyone they don’t want to and letting children know that “all parts of their body are good”.
Early Childhood Australia spokeswoman Clare McHugh said the program would reduce domestic violence because “rigid views on gender” were associated with violence and domestic violence.
“Children are sexual beings and it’s a strong part of their identity, and it is linked to their values and respect,” she said.
It comes after the federal government ordered a review of a Safe Schools program for secondary students including lessons on how to bind breasts and tuck in male genitalia.
Ms McHugh said the program was designed to “use everyday moments and interactions” to teach respect, ability and making choices.
“The underlying message is to value difference and be open to difference,” she said.
Dr Anne Kennedy, chairperson of Community Childcare Victoria, said there would be a “wide take-up” in Victoria.
She said the material would be handled sensitively and parents would be consulted.
“Educators deal with these issues all the time and the resources help them do better in the way they respond — in a developmentally and culturally responsible way,” she said.

If even half of this is true it is utterly reprehensible. I have news for these despicable social activists: keep your grubby hands off our children. Children aged 1 to 3 are not sexual dynamos who walk, talk and breathe sexuality. They don’t even know what the lousy word means, and have no need to be sexualised and robbed of their childhood and innocence.

As one expert, Dr. Robert McDonald, a retired psychotherapist and medical doctor, said about a similar program in Canada: “Any action which sexualizes a child before he or she is ready is sexual abuse. Therefore so-called sex-ed for children before puberty is an act of sexual abuse.”

Talk about targeting our most vulnerable and defenceless members of society: these sexual engineers should be locked up for deliberate child abuse. There is no other way to describe this sick perversion. It is bad enough when they seek to corrupt adults, but when they target toddlers then that is certainly enough.

The only good news here about this disturbing story is the comments which are flowing fast and furiously under this article. And boy are they ever ticked off – and rightly so. Here are just a few of them:

-Absolutely disgraceful and from the pits of hell. Demonically inspired, with one purpose, to destroy the innocence of young children. Pathetic AND it must be stopped.

-I have re-read the article and I am gobsmacked. It is disgraceful and goes against EVERY single thing to help raise a happy and well-adjusted child, who will then grow up to be a good and contributing member of society. Look at the key words, respect, value difference, culturally responsible, rigid views on gender and sexuality. Four year olds. Who are these women trying to kid?

-Utterly, utterly ridiculous. This is simply a lawsuit waiting to happen. Leave our kids alone.

-Did this lunatic really say “children are sexual beings!!” Sorry Ms (of course she is a “Ms”) McHugh, it’s not “rigid views” which is causing a rise in domestic violence. It’s a generation of boys being raised by people like her, with no strong male models (Ms McHugh enemies), having their minds poisoned with evil nonsense like this. This is madness. No way will my little girls be exposed to this sort of indoctrination, and woe behold any educational institution that will try it!

-A new more subtle form of child abuse. This time parents should shout out we are as mad as hell and not going to put up with it any more .Leave our children alone. No more tolerating so called experts experimenting and trying to socially engineer our children.

-This is outrageous. Any child under The age of 15 does not need this rubbish forced down their throats. If my local child care centre tries to teach my child this, I’ll make sure he’s away on those days.

-PC is dead, There will be a backlash. A minority cannot simply keep on imposing their stupid ideas and expect the majority will just roll over and accept this garbage.

-A predictable outcome from a society that rejects God and embraces humanism. The moral weakening of a society will be its downfall as has been demonstrated time and again throughout history. Nevertheless truth and justice will prevail in the end.

-Rational atheists finds this sort of social engineering to be absurd, too. Research with both young primates and very young children (even new born babies), consistently shows strong correlations between males favouring toys with spatial stimulus (cars, blocks, gadgets, etc), while females favour dolls. Gender differences is not because of social constructs, as regressive leftist try to portray, but due to biology!

These men and women are thoroughly outraged. And I am so glad they are. There is hope yet for this nation when concerned parents and others speak out loud and clear about this horrific abuse of our children. I am absolutely sick and tired of it. I hope all who read this are too.

One thought on “Get Your Hands Off Our Children”