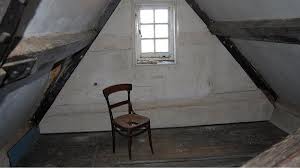 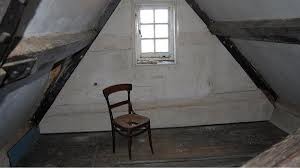 The following story appeared in the February 1959 edition of FATE.

My husband and I, with our three children, left Portland, Ore., in the hot summer of 1928 to join my parents in the high mountains of California five miles from Georgetown, where they had purchased a gold mine and were working it together with my uncle Charlie. There were no buildings at the mine and they rented an old farm, which was badly in need of repairs.

It had been unlived in for several years and my folks spent some time making it livable, so that it was real comfortable by the time we reached there with our family.

During the day, while the men were busy at the mine, Mother and I went to work in the attic, which we reached by a very narrow, steep stairway. We piled old trunks, boxes, a very tiny old-fashioned organ, an old music box and other discarded articles of the departed family, all in one end of the attic.

As we were working, I suddenly felt as if someone had walked up behind me but turning I saw nothing but the cobwebs which hung from the peak-roofed ceiling. I told Mother that I had the odd feeling of being watched, but she only looked at me queerly, then talked of other things.

Later on I ran downstairs to get something for Mother. As I came back up the steps someone brushed by me almost knocking me back down the stairway. Still, I could not see a thing, although I had felt the contact distinctly.

We worked up in the attic for several days before we had it ready for use. During all that time, I felt an unseen presence near me. After what had happened on the stairway, I wouldn’t let my mother out of my sight and followed at her heels the whole time. We had put two beds side by side in the narrow room, leaving only a two-foot space between them. Then we hung thin lace curtains in the doorway to hide all the things piled in the other end of the attic. And still, air from the two windows at each end could circulate through