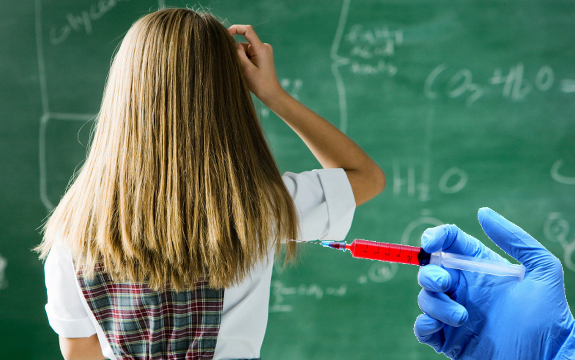 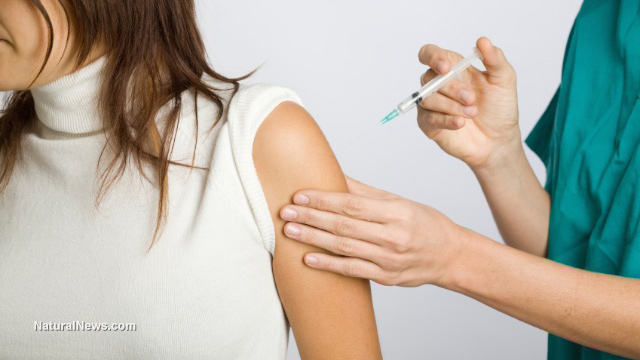 (NaturalNews) A human papillomavirus (HPV) infection is the most common sexually transmitted disease in the U.S. affecting about 14 million people each year.

While most of these infections occur without any notable symptoms and usually go away within a day or two, some can persist for many years with cell damage as a result. If left untreated, this damage can lead to cervical cancer, which is the most common form of cancer in women under 35.

Over the years, HPV vaccines rapidly became part of the standard immunization protocol for teenagers between 13 and 26 years old. It is thought that vaccination programs can save almost half of the thousands of lives lost each year to cervical cancer.

While many newspapers and television stations worldwide consistently express their concern regarding the devastating health effects linked to these controversial vaccines,the U.S. media and officials keep suspiciously silent while mass inoculations proceed.

In 2015, the Daily Express[http://www.express.co.uk] reported that 8,228 teenagers had fallen seriously ill after taking the routine cervical cancer vaccination, leaving some of them wheelchair-bound.

Jackie Fletcher, of the pressure group Jabs said: “Previously fit and healthy young girls have developed seizures or viral fatigue, some have lost the ability to walk. And years on, some have still not recovered.”

Claire Knight, Cancer Research UK’s health information manager, said: “If it were to be proven that the vaccine is linked to these illnesses in girls that would be a concern, but the vaccine has been rigorously tested in trials and shown to be safe.”

Apparently, these 8,228 adverse drug reactions do not seem to prove anything at all.

Earlier this year, the Asahi Shimbun [http://www.asahi.com/ajw/articles/AJ201603310068.html] reported that a group of young Japanese women is planning to sue the government and two drug companies over the debilitating side effects from approved HPV vaccines.

“The government in April 2013 recommended the vaccinations for sixth-graders through first-year high school students. But this recommendation was withdrawn two months later following a series of reports about serious health problems. By that time, an estimated 3.4 million women had been inoculated against cervical cancer. The ministry said it had received 2,700 reports about suspected side effects by the end of June 2015,” the newspaper reads.

Recently, the Daily Mail [http://www.dailymail.co.uk], reported on a 13-year-old girl who died after receiving a cervical cancer vaccine.

“Shazel Zaman, 13, was suffering with a severe headache, vomiting and dizziness after having the HPV vaccine and her symptoms became so severe that her family took her to Fairfield Hospital in Bury. But the family claim that a doctor dismissed her condition was linked to the cervical cancer jab and sent her home citing a stomach bug. She was found collapsed and unconscious with no pulse an hour later at her home in Bury, and died in hospital four hours later.”

While the U.S. media keeps silent, more horrific reports about HPV vaccine damages and deaths are making the headlines in well-respected international media sources. In 2015, TV2, one of Denmark’s national television stations, aired a documentary (The Vaccinated Girls – Sick and Betrayed [https://www.youtube.com/watch?v=GO2i-r39hok]) about the development of severe health issues after being vaccinated against HPV with Gardasil.

In Ireland, more than 200 teenagers developed “acute physical side-effects” after receiving the vaccine at their schools. 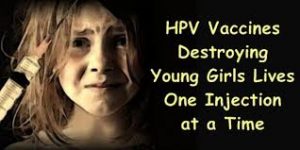 “My daughter was a very healthy, sporty outgoing active child until she received the Gardasil vaccine. Then her life changed dramatically, she started suffering from persistent pain, muscle pains, memory impairment, headaches, sore throats, joint and menstrual problems, seizures, auto immune illnesses, chronic fatigue and nose bleeds to name but a few… She said an urgent, independent and transparent investigation is needed and said the latest EMA report on Gardasil, which quotes its benefits, is flawed because many of its contributors had ‘huge ties to the pharmaceutical industry,” Susan Whitmore, from Castlebridge told Wexford People [http://www.wexfordpeople.ie].
The Japanese health ministry has previously warned against HPV vaccinations and European countries continue to re-evaluate their use. Nonetheless, U.S. ‘health’ officials keep promoting the vaccines while deliberately concealing the dangers. For many pharmaceutical companies, HPV vaccines are one of the biggest sources of their revenue. Merck reported $1.9 billion in Gardasil sales in 2015.
Source: http://www.naturalnews.com/054410_vaccine_dangers_HPV_vaccines_adverse_events.html