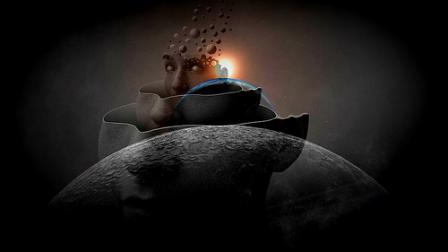 Graham Hancock – The real widespread war the rages every day is a war not for anything more than our consciousness and it affects everyone under the top 1% http://www.cre8-health.com

Take hold of humanity by the balls and the mind and you’ve got them in a non real trap – supporting a system the kills and plots bloody murder each day and hides the tracks of it’s existence to cover and distort the truth and to keep YOU from finding the simple answers to free energy and the simple answers to cancer cures and to keep you bound by the state affairs called ‘the economy’ that is completely manipulatable.

A wise man once said – the devils greatest trick is convincing you that he doesn’t exist. Most men and women today fall at the feet in Stockholm syndrome fashion begging for mercy to the lord money.

It’s no wonder that life follows the events written out in the bible – for life is predictable and the cycles of it are also predictable – many people know more than we could possible hope to know about the reality we live in – as the events that occur follow the book to the word like a comical magicians tale – we buy into different factions of the same system, be it through science, religion, or history.

Money was never the solution and is fast becoming the demise of this planets eco systems and health for profit. Little do we know that we have enough food, we have enough resources and we have enough health to be able to achieve monumentally amazing feats of life if we worked together.

Unfortunately the entire system is designed to keep us from discovering any truth. Business is built on secrecy and without it – it could not survive.

The evolution of Open Source and Free Energy are putting a strangle hold on the system. While the top bankers of the world are committing suicide “being killed” we stand by and watch … as we’ve been programmed to do by fear mongering governments who constantly put out a barrage of fear each day in the air in forms of audio, sound and energy in the air.

Any person who is slightly spiritual will tell that fear in it’s single powerful form is enough to keep you from experiencing almost all things spiritual or scientific.

The real human deficit is lack of human experience and lack of knowledge and lack of spirituality. The universe is a spiritual “conscious” thing, we are a mirror of the universe. We must align or be forgotten.

Understanding is easy if you have the ability to really questions your “knowledge” and “beliefs” … and have the balls to create new ones the SERVE the planet and that SERVE humanity as a whole.

Only then can we truly experience our greatest potentials that lay dormant and suppressed by thousands of year old science invented to do just that. Control the masses for the gain of the minority.