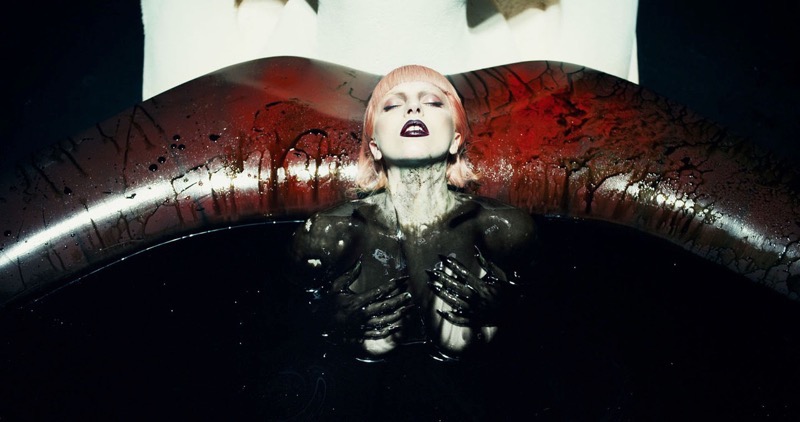 ‘BLACK GOO’ is an intelligent nano-tech ‘sentient’ liquid rumoured to have been the real cause of the Falklands War & the reason behind the Deepwater Horizon oil disaster of 2010—so the story goes. So is this X-Files or real life (whatever that is, these days)?  Is the human race a hybrid species, gene-spliced with a radically different, more advanced alien genome—as hinted at in nearly every ancient tradition here on Earth?

Do our crypto-governments fear that this newly discovered black goo is a kind of reset button left here by our creators (the ‘engineers’ of the Prometheus movie), to wipe out most of our over-populated planet and begin again? Are we all just dumbed-down drones, working on an invisible treadmill while the Planetary Elite pull the strings—as they have been doing for tens of thousands of years..?

WORKING from a seventy-seven-page Power Point presentation this presentation is the combined work of Alfred Lambremont Webre, Christine Anderson, Jeffrey Sewell (The Metabiologist) and Claudia Ayaz. So far they have recorded close to ten hours of discussion that will be presented in three parts as soon as the editing is finished.

The history of “The Agenda of Transhumanism” is a plague that we can trace back to our ancient past that is now showing itself in the current era with the proliferation of high-tech devices, the use of robotics in warfare, back-engineered systems from alien technologies, HAARP, Microwave proliferation, Scalar energy, geo-engineering, vaccination campaigns, toxic food, GMO, legislation and world governmental bodies that use statues and regulations propagated as laws to further enslave Humankind.

In other words, in a stealth-like manner, hidden in plain sight, we are hosting an entity that is soulless and inorganic in its predatory nature.

In the movie “Lucy” the heroine’s new-found omniscience is transferred into a ‘black goo’ supercomputer.

Applying the wisdom of the above statement is needed more than ever, for we share this planet—and our psyches—with a pathogenic entity that is bent on our domination and destruction.

Taking on this subject merits the full confrontational force of consciousness; if we don’t understand the implications, if we turn away from this, we will become the subservient species on Planet Earth for a long-standing agenda that is parasitical and ultimately destructive by its very nature.

THE SERIES starts with Part I, which brings in Alfred Webre’s overview of forty years within the world of Exopolitics, the shock he felt when waking up to the reality of the sentient black goo’s presence and his dedication to helping Humankind wake up and discover solutions.

In Parts II (above) and Part III Jeffrey Sewell leads the discussion with an introduction to metabiology, the science of ‘as above, so below’ applied to the metamystical relationship of Humankind with its place in the Cosmos. This is a very large subject matter that draws into our collective consciousnesses the reality of how we are—in every sense of the word—co-creators.

What exactly was that black goo in “Prometheus” that caused so much trouble?

Over the course of three exhaustive presentations we learn how all the ills of the world sprang from a common source or ‘infection’—from religion (especially the three monotheistic death-cults) totranshumanism, geoengineering, Morgellons, eugenics (dysgenics), the Climate Change hoax, vaccination,fluoridation, WiFi & the Smart Grid—even the current epidemic of so-called terrorism.

After over 40 years research in the field, Lambremont Webre insists that what he refers to as the Rising of Humanity is a collective work, one of honor and love in service to the Highest Truth we can achieve. In other words, this ain’t no drill, folks!

IN 1837, ANDREW CROSSE reported to the London electrical Society concerning the accidental spontaneous generation of life in the form of Acarus genus insects while he was conducting experiments on the formation of artificial crystals by means of prolonged exposure to weak electric current.

Throughout numerous strict experiments under a wide variety of conditions utterly inimical to life as we know it, the insects continued to manifest. The great Michael Faraday also reported to the Royal Institute that he had replicated the experiment. Soon afterwards, all notice of this phenomenon ceased to be reported, and the matter has not been resolved since then. | More

A SHOCKING PRESENTATION by the brilliant German scientist, Harald Kautz Vella, offering unparalleled descriptions of A.I., Black Goo, Archons, & NASA’s deepest dark secret plans to usurp the bodies, minds, & Souls of all mankind. This is not for the faint-hearted.

According to Harald’s research, an invading version of what is knows as “black goo” landed on our planet roughly 80,000 years ago. This black goo could be considered a type of alien A.I. or a “seed device” for creating life within a biosphere. This invader does not belong here, and has been attempting to unpack it’s program to the determent of our natural order. It contains remnants of it’s original lifeforms, spider type beings, which have been coaxing the elite into carrying out their plans for Earth bound manifestation for as long as we know.

Our energies have been used as food and our environment has been tweaked to make the people weak. The plan to get these higher dimensional Archonic  beings to “hook” into their human husks is getting closer all the time, and is at the heart of the transhumanist agenda.

Recently, Harald has made contact with higher dimensional beings that could be considered “guardians” of the planet, who have assured him these unnatural plans will be disrupted. Time will tell…

WHEN NAOMI KLEIN traveled to the Gulf of Mexico in December to report on the aftermath of BP’s Deepwater Horizon spill, she saw disturbing signs of the oil’s destruction. But after she left, the research crew aboard the Weatherbird II encountered a slimy black substance coating the ocean floor that none of them had ever seen before.

Marine geochemist, David Hollander commented: “The closer the boat gets to the wellhead, the more black matter there is in the sediment. The abnormal layer of sediment is up to five times thicker than it was when he collected samples here in August. The oil’s presence on the ocean floor didn’t diminish with time; it grew…”

So where did this black goo come from?

*A Word About Archons: In the ancient Nag Hammadi texts, the Gnostic authors warn us about the ‘Archons’—a psychopathic, parasitic alien race that has infected and manipulated the consciousness of humanity for thousands of years, using patriarchal religion to create senseless, wanton destruction.—Admin

17 thoughts on “Mystery of the Sentient Black Goo”