Livingston, LA — A high level Livingston Parish Sheriff’s Office deputy — who commanded the SWAT team — has been arrested this week for unspeakable crimes against children. Dennis Perkins, 44, and and his wife Cynthia Perkins, 34, are accused of multiple counts of child rape and the production of child pornography, among other disturbing charges.

On Wednesday, the couple was arrested after a months-long criminal probe headed up by the Louisiana Attorney General’s Office. After the arrest, footage of the alleged child rapist was posted to Twitter, showing him being led into prison in shackles.

According to a source close to the case, the couple was seen in videos and photos committing unspeakable acts with naked children. Horrifying indeed. When police attempted to arrest Dennis (Denny) Perkins, he reportedly knew they were coming so he tossed his cellphone in a nearby river and fled. This move also led to the top cop being charged with obstruction of justice on top of the child rape counts.

WAFB 9 reports, that Denny Perkins was a lieutenant with the Livingston Parish Sheriff’s Office Special Operations Unit (SWAT) before being terminated the week of Oct. 21. He was hired in 2002 from the Walker Police Department. This alleged child rapist commanded an entire SWAT division and was considered a “hero” by the community.

After her arrest, his wife, Cynthia Perkins resigned from her teaching position at Westside Junior High School in Walker. It is currently unknown if the victims in the images were students of Cynthia’s.

#BREAKING: Former Livingston Parish Sheriff’s deputy, Dennis Perkins, has been booked into the Livingston Parish Detention Center. He and his wife are accused of child rape and the production of child pornography, among other disturbing charges. @WAFB https://www.wafb.com/2019/10/23/livingston-parish-teacher-booked-rape-child-porn-charges/ … 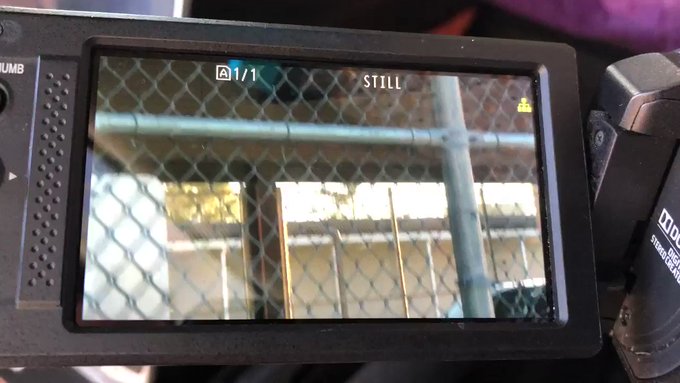 The investigation found so much disturbing evidence against the Perkins that this top cop and his wife are facing more than 120 combined charges.

Cynthia Perkins is charged with 60 counts of production of pornography involving a juvenile under the age of 13 and two counts of first degree rape. She’s being held on a $500,000 bond.

The investigation started after the National Center for Missing and Exploited Children received a tip that the couple was raping children, filming it it, and then distributing it to their network.

If you or anyone you know was molested or raped by this couple, please contact the FBI with your story. It is highly likely that they have more victims who have remained silent because their attacker was a SWAT commander.

“It is a sad day for us, for all law enforcement officers, when you arrest one of your own,” Livingston Parish Sheriff Jason Ard said Wednesday.

“We at the LPSO work hard every day to retain the trust placed in us by our citizens. I understand this was a veteran law enforcement officer, one who had dedicated a lot of time and effort into this community, but as I have said in the past, no one is above the law.

“This type of alleged behavior will not be tolerated by me or anyone at the LPSO. I do not condone these alleged acts. I am disappointed. I have always considered Denny a friend and a family member. The Attorney General’s Office is leading this investigation. We are assisting and offering to cooperate in any way we can.”

Indeed, it is a sad day when police officers — the ones who claim to protect us — are caught preying on society’s most vulnerable. However, there are a lot of sad days as this situation plays out like a broken record, over and over again.

Pedophiles often seek out positions of power and authority over children so they are in a position to abuse. Priests, teachers, coaches, police officers, counselors, and others are just some of the fields in which pedophiles will attempt to gain employment. Unfortunately, it’s not the first time we have reported on police officers using their badge and so-called “authority” to rape kids.

As TFTP has reported, a study exposed the startling fact that police officers are arrested about 1,100 times a year, or roughly three officers charged every day. Many of these arrests are over unspeakable sex crimes.

“Police crimes are not uncommon,” the study’s lead researcher Philip M. Stinson concluded. “Our data directly contradicts some of the prevailing assumptions and the proposition that only a small group of rotten apples perpetrate the vast majority of police crime.”

Although nearly 60 percent of the crimes “occurred when the officer was technically off-duty,” Stinson wrote, “a significant portion of these so-called off-duty crimes also lies within the context of police work and the perpetrator’s role as a police officer, including instances where off-duty officers flash a badge, an official weapon, or otherwise use their power, authority, and the respect afforded to them as a means to commit crime.”

According to a report from WaPo, in cases involving allegations of sexual abuse, 72 percent of the officers were fired, and more than 80 percent resulted in convictions, the study found. There were 422 reported cases of forcible and statutory rape, 352 cases of forcible fondling and 94 sodomy cases over the seven years of the study, which Stinson called “larger than expected based on the existing research.”

The data search turned up 174 examples of male officers arrested in cases of “Driving While Female,” in which women drivers were harassed or assaulted. About 82 percent of those cases ended in convictions.

Despite the high rate of conviction, the sentences handed out are insultingly low.