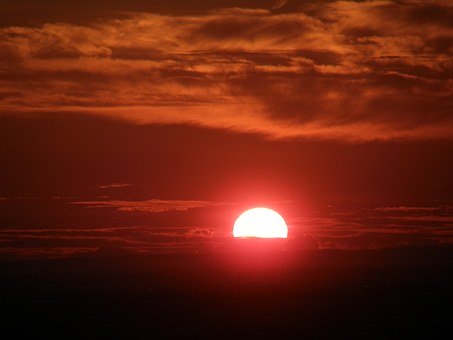 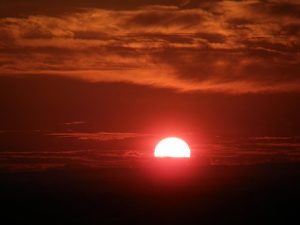 This last summer has been hot in Australia. But was it the hottest ever? Summer 80 years ago was arguably as hot, if not hotter. Back then more ferocious bushfires burnt larger areas.

Yet Australia’s Environment Minister, Melissa Price, recently claimed this summer’s bushfires as a consequence of climate change. I grew up with stories from my late father of terrible bushfires – infernos – back in 1939. The Black Friday bushfires destroyed four times the area of farmland and forest as the devastating February 2009 fires – and twenty times as much as burnt this last summer. Ash from that bushfire fell as far away as New Zealand.

My father described hot and hungry years in rural Victoria back then – just as John Steinbeck described farm life in the mid-west of the US in the 1930s in his famous ‘Grapes of Wrath’. There was hardship, and there were dust storms in the US and also in south-eastern Australia.

In rural Victoria, the summer of 1938-1939 was on average at least two degrees hotter than anything measured with equivalent equipment since.

Yet Minister Price denies this history – my late father’s history. She is relying on temperature data that has been extensive remodelled. This remodelling is justified by the Australian Bureau of Meteorology on the basis that temperatures are now measured using a non-standard method (spot readings) from non-standard equipment (custom built probes in automatic weather stations). Apparently, we need to know how hot it was back then, relative to the equipment used now.

On 13 January 1939 my father was living not far from Rutherglen, near Australia’s longest river, the Murray River. He described a hot wind blowing from the north west.

The Rutherglen agricultural research station has one of the longest, continuous, temperature records for anywhere in rural Victoria. Minimum and maximum temperatures were first recorded at Rutherglen using standard and calibrated equipment back in November 1912. Considering the first 85 years of summer temperatures – unadjusted/not homogenized – the very hottest summer on record at Rutherglen is the summer of 1938/1939.
While this last summer of 2018/2019 was hotter according to Minister Price, such a claim would not pass scrutiny if assessed for the Guinness Book of records – because of all the changes to the way temperatures are now measured at Rutherglen relative to that summer back in 1938/1939.

At Rutherglen, the first big change happened on 29 January 1998. That is when the mercury and alcohol thermometers were replaced with an electronic probe – custom built to the Australian Bureau of Meteorology’s own standard, with the specifications still yet to be made public.

According to Bureau policy, when such a major equipment change occurs there should be at least three years (preferably five) of overlapping/parallel temperature recordings, except the mercury and alcohol thermometers (used to measure maximum and minimum temperatures, respectively) were removed on exactly the same day the custom-built probe was placed into the Stevenson screen at Rutherglen, in direct contravention of this policy.

In 2011, the Bureau made further changes in that it stopped averaging one-second readings from the probe at Rutherglen over one minute. The maximum temperature as recorded each day at Rutherglen is now the highest one-second spot reading from the custom-built probe. That is correct – spot reading.

So, to reiterate, we now have a non-standard method of measuring (spot readings) from non-standard equipment (custom-built probes) making it impossible to establish the equivalence of recent temperatures from Rutherglen – or any of the Bureau’s other 695 probes in automatic weather stations spread across the landmass of Australia – with historical data.

Then there is the remodelling – with the most recent remodelling creating Version 2 of ACORN-SAT. This has resulted in an overall 23 per cent increase in the rate of warming between Versions 1 and 2 for the 112 weather stations that comprise ACORN-SAT. This is the database used by the Bureau and the CSIRO to monitor climate change across Australia.

This remodelling – known as homogenisation – involves the detection of discontinuities and then adjustments which generally result in past temperatures being cooled relative to the present. By cooling the past, present temperatures appear hotter. For example, considering maximum temperatures at Rutherglen, the largest single drop-down (adjustment) to daily temperatures occurs from 1 January 1938 back in time. The Bureau classifies the hot summer of 1938/1939 as a ‘discontinuity’ that is ‘statistical’ in ‘cause’ and then cools all the days before 31 December 1938 by 0.6 degrees Celsius back to 1912 – the beginning of the record.*

This is an embarrassment to the scientific method, and an insult to the 71 lives lost on 13 January 1939.

To repeat, the Bureau does not deny making these changes. Rather it claims such changes to Rutherglen’s temperature history are necessary to show what the temperature would be back then, using today’s equipment. But there was no actual change in the equipment between Versions 1 and 2 of ACORN-SAT for Rutherglen. So, this reason makes no sense.

The remodelling of Rutherglen, and the other 111 stations that comprise ACORN-SAT is extensive and misleading. It was correctly described as ‘fraud’ by commentator Rowan Dean on Sky Television on Sunday 10th March.

There is a real history of rural Victoria: 71 men and women did perished in that bushfire back on 13 January 1939. According to my late father, it was extraordinarily hot and the wind was blowing from the north west.

The Bureau has never put a media release out letting the Australian public know that there is a Version 2 of ACORN-SAT, with even cooler historical temperatures for Rutherglen and most of the rest of Australia than in Version 1 that was only published in 2012.

Just a few years ago, the minister then responsible for the Bureau, Greg Hunt, was claiming that ACORN-SAT Version 1 was the world’s best practice and the correct temperature history of Australia. Now, we have ACORN-SAT Version 2, and temperatures overall have been warmed a further 23 percent relative to Version 1.

The remodelling by the Bureau is industrial-scale: this is necessary to generate a consistent global warming trend that does not exist in the raw unhomogenized data from rural and regional Australia.

There are consequences for future generations in this remodelling. It affects how we understand the relationship between climate and bushfires. Also, by continually reducing past temperatures, there is potential for new record hot days, record hot summers and hottest years for even cooler weather.

This is nonsense – consistent with how the Bureau now measures and remodels our temperature history.

A different version of this article was first published at The Spectator: https://www.spectator.com.au/2019/03/the-hottest-summer-on-record-except-for-the-ones-that-weve-changed/