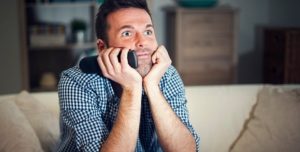 While avoiding deep scandals that would crack the pillars of modern medicine, the press uses a tactic to paint a glowing picture of medical research. These fantasies have one element in common:

The use of “could be,” “may be,” “possible,” and other bloviations to suggest breakthroughs are right around the corner.

This is not “new research is confirmed.” This is vague suggestion on the level of stock market predictions and long-term weather forecasts.

Let me show you.

I’m looking at medicalnewstoday.com, for January 31st. Here are headlines:

BLOCKING VITAMIN B-2 MAY STOP CANCER.

E-CIGARETTES MAY CAUSE CANCER AND HEART DISEASE.

BODY CLOCK DISRUPTIONS MAY BE AN EARLY SIGN OF ALZHEIMER’S.

AEROBIC EXERCISE MAY BE KEY FOR ALZHEIMER’S PREVENTION.

That’s just one day of headlines on one medical site. The use of MAY is everywhere. “This may be the case—or not.” Maybe yes, maybe no.

Why not run these headlines instead?

THIS PEPTIDE MAY NOT EXPLAIN FEMALE SEXUAL BEHAVIOR.

‘GUARDIAN MOLECULE’ MAY NOT LEAD TO NEW TREATMENT.

Over the years, I’ve read thousands of medical articles, and most of the MAYBES disappear down the memory hole with no further comment. They’re just pap. Here today, gone tomorrow.

Besides serving the function of filling up space, the articles are public relations propaganda, designed to convince readers that “the cutting edge” of research is very fertile territory, and new advances are always “on the way.”

This press gibberish is little more than, say, producing new reasons to believe people who are holding Iraqi Dinars are on the verge of becoming millionaires.

Nevertheless, large numbers of people are encouraged by these MAYBE medical stories. They want to have faith. They don’t want interruptions to their trance-state. They would say, “If a dozen ‘maybe’ stories are published, at least a few of them will pan out, and that’s a good thing.”

If you have a lot of time on your hands, copy the headlines above and track what happens over the next few years. See if any of the “possible breakthroughs” actually turns into a useful medical treatment.

Better yet, perhaps, track the thousands of articles touting new discoveries in genetic research. Keep an eagle eye out for ONE form of gene therapy that cures ANY disease across the board. I’m not talking about a claim that a single patient has experienced a remission. I mean a therapy that cures a given disease for every diagnosed patient. After all, that’s the heraldic promise.

Meanwhile, maybe there is a MAYBE.

And DEFINITELY there is propaganda-riddled medical news.