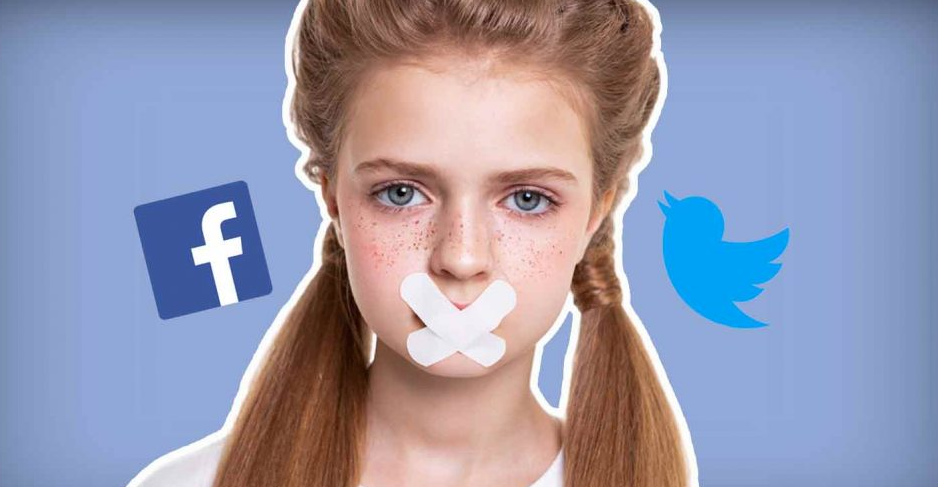 Sadly, many on the left — who used to claim to stand for free speech — are now praising the collusion by big tech to censor their political enemies, completely ignoring the fact that it will inevitably turn on them whenever convenient for the establishment.

Another point comes up when seeing just how easily these companies were able to take down dissenting opinions from the web. They did so quite literally overnight and no one was able to stop them.

This makes us ask the question: if big tech can so easily wipe a political view from the internet, how is it that child pornography is allowed to flourish on their platforms?

According to the United States Securities and Exchange Commission, in 2019 there were nearly 17 million reported cases of online child sexual abuse material (CSAM) which contained 69.1 million CSAM related images and videos.

Care to take a guess as to where 94% of all child sexual abuse material originated?

According to the SEC, it is none other than Facebook who is responsible for facilitating 94% of the child sexual abuse material reported online.

These numbers were an increase from previous years highlighting the fact that the media giant seems unconcerned about the exploitation of children.

Perhaps if Facebook cared more about protecting children and less about silencing its political opposition, this increase would not be a reality.

For years, TFTP has reported on this phenomenon of Facebook attacking political speech while child exploitation goes unchecked.

In 2018, Facebook and Twitter — without warning or justification — deleted the pages of Free Thought Project and Police the Police which had over 5 million followers.

During this purge, they also removed hundreds of other pages including massive police accountability groups, antiwar activists, alternative media, and libertarian news outlets.

Facebook claimed to remove these pages in the name of fighting disinformation online and creating a safer user experience. But this was a farce.

Illustrating just how big of an ostentatious sham this was, just weeks after claiming to keep their community safe, a child was openly sold on their platform.

An auction was held on Facebook in which a child bride was put up for sale in a public post. People openly bid on Facebook for a 16-year-old girl’s hand in marriage.

Facebook claims they removed the post, but this wasn’t until weeks after the auction had ended and the girl had been sold.

Had the post had something about Qanon on it, however, rest assured, it would have been removed immediately.

This was no isolated incident either. The Guardian reported a study in 2020 that suggested Facebook is not fully enforcing its own standards banning content that exploits or endangers children.

According to the study, it examined at least 366 cases between January 2013 and December 2019, according to a report from the not-for-profit investigative group Tech Transparency Project (TPP) analyzing Department of Justice news releases.

Of the 366 cases of child sex abuse on Facebook, the social media giant reported just 9% of them to authorities. Investigations initiated by authorities discovered the other 91% of the cases — not Facebook.

Since we reported on the rebranding of pedophiles as Minor Attracted Persons several years ago, the terminology became so popular that it morphed into multiple categories and abbreviations.

There are now NOMAPS, which apparently are the “best kind” of MAP because the “NO” means they don’t want to have sex with children. That’s where the pro-c MAPs come in. The “pro-c” denotes pro-contact as in the belief that children can consent into having physical contact and sex with an adult.

Children cannot consent to sex with an adult.

Though our report led to the deletion of multiple accounts who openly advocated for sex with children, these pro-pedophile tags on Twitter still openly trend to promote this content.

If you still think that big tech censorship is in your best interests, you need to read this article.