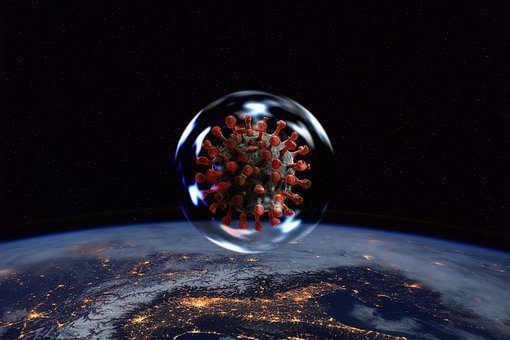 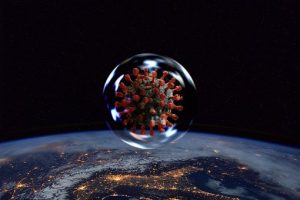 What’s in your wallet? A virtue signal?

In this article, I once again enter the fictitious world of official science, where the virus is real, it is attacking people, the test is accurate, the case numbers are meaningful, the vaccine is necessary. Even within that lunatic world, the experts can’t keep their story straight. The contradictions are giant neon signs in the sky, for people who can see.

Untold numbers of people believe the certificates make them “safe.”

Qantus Airlines has announced an immunity certificate, showing the passenger has taken the upcoming COVID vaccine, will be required for air travel. The company’s CEO says he expects all airlines will eventually follow suit.

The Daily Mail: “Britons are set to be given Covid ‘freedom passes’ as long as they test negative for the virus twice in a week, it has been suggested.”

“The details of the scheme are still being ironed out by officials in Whitehall, who hope it will allow the country to get back to normal next year.”

Later in the article, “tested twice in one week” is changed to “tested regularly” and “tested once a month.”

So why were NBA basketball players tested EVERY DAY, throughout their whole time living inside a quarantined bubble in Orlando, Florida? Because, according to official science, the virus is everywhere and no one is safe.

A test once a month, or two tests during a single week, mean nothing. A person can carry around an immunity certificate on his cell phone and flash it to enter an office building…but in truth, he’s infected with the virus at that very moment.

The CDC has stated that in the first 11 weeks of the pandemic, there were 30,000 cases in 99 countries. Accepting this report (because, remember, we’re visiting the world of official science), it’s obvious that testing once a week would be meaningless. The virus is an infiltrator like no other ever known in human history.

The other version of a health-pass would be issued after injection with the COVID vaccine. “You’re good, you’re immune, you’re an elite member of the citizen sheep…”

Let’s go to the official experts to see if that’s true. It turns out the two biggest public health agencies in the world are talking out of both sides of their mouths. If they were auto safety inspectors issuing reports, you’d opt for horse and carriage transport.

The World Health Organization makes a watered-down “could-be, maybe, not sure” statement: “It’s too early to know if COVID-19 vaccines will provide long-term protection. Additional research is needed to answer this question. However, it’s encouraging that available data suggest that most people who recover from COVID-19 develop an immune response that provides at least some protection against reinfection – although we’re still learning how strong this protection is, and how long it lasts.”

The CDC offers its own vague statement about both natural immunity and vaccine-derived immunity: “The protection someone gains from having [a COVID-19] infection (called natural immunity) varies depending on the disease, and it varies from person to person. Since this virus is new, we don’t know how long natural immunity might last. Some early evidence—based on some people—seems to suggest that natural immunity may not last very long.”

“Regarding vaccination, we won’t know how long immunity lasts until we have a vaccine and more data on how well it works. Both natural immunity and vaccine-induced immunity are important aspects of COVID-19 that experts are trying to learn more about, and CDC will keep the public informed as new evidence becomes available.”

Some scientists have suggested the vaccine will need to be administered once every two years, or once a year, like a flu shot.

Therefore, an immunity certificate stating, “This person is immune after receiving the vaccine,” would be a presumption. Or more accurately, a guess. Better yet, a feel-good placebo and virtue signal.

“I’m following orders. I got the shot. I’m doing my part to save the world. Look at me. I’m wearing my cell phone hanging from a chain around my neck. Notice the immunity certificate on the screen? I don’t have to wear a mask while I take a shower anymore. I’m free…”

I can see the news story now: “John Q Public has been identified as a COVID-19 super-spreader. But John Q received the COVID vaccine just six weeks ago. This extraordinary turn of events has experts puzzled and alarmed. Dr. Finagle Choo-Choo, from the University of Cash and Carry, states a bad batch of vaccines could have been responsible. ‘Stuff happens,’ Choo-Choo told the Associated Press…”

To which a science blogger living in mommy’s basement will reply, “But the vaccine is better than nothing. We’re working with probabilities here…”

Indeed we are. We’re working with probabilities based on guesses and money the vaccine manufacturers are raking in, and based on lies and maybes and tap-dancing.

Furthermore, as I’ve reported several times in these pages, citing a devastating fact even the New York Times and the Washington Post felt obligated to admit, the major clinical trials of the vaccine are not designed to prevent serious cases of COVID.

Instead, they are structured to prevent minor COVID chills and fever, or a cough. So the whole vaccine program is a joke. And therefore, immunity certificates based on vaccination are useless.

Furthermore, no official scientific group is claiming the vaccine prevents transmission of the virus from person to person. It’s yet one more “we don’t know.”

The immunity certificates are a method of conditioning people to fall in line with medical dictators who want to steal their freedom. And of course, anyone who receives a certificate is entered into a database. Otherwise known as surveillance.

I say, if someone shows you an immunity certificate, shout, “SUPER-SPREADER,” fall down, mimic massive tremors, then stand up and stagger away.

It provides a nice balance to the propaganda circulating these days.

And with that, I exit from the lunatic world of official science, and return readers to my more than 200 articles on the pandemic hoax, and to the actual and true world in which no one has proved the SARS-CoV-2 virus exists, the diagnostic test is useless and deceptive, the case and death numbers are meaningless, and vaccines are dangerous and ineffective.

And remember, every fake problem breeds a multitude of fake solutions. I predict the rise of a new industry based on forging immunity certificates.

A few of these criminal groups of forgers will be sponsored by intelligence agencies. They’ll help spread media stories about “phony certificates” as opposed to “real ones”—thus cementing the notion that there ARE real and meaningful ones, when in fact ALL immunity certificates, no matter their origin, are useless frauds.