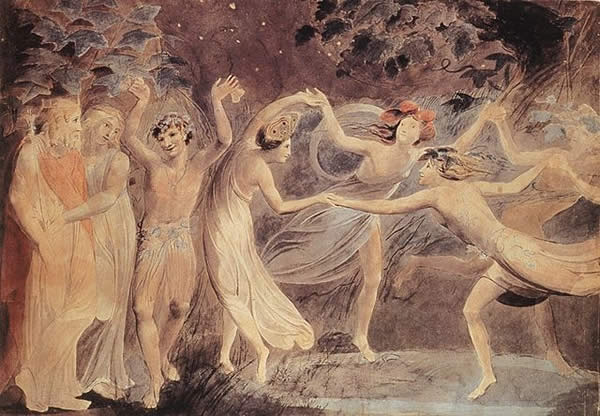 I wrote previously about the Irish Gods in America and mentioned that some people do see the Gods as anchored in one terrestrial space; possibly the second most common thing I hear as an Irish-American pagan is that the aos sí, the fairies, are similarly limited to Ireland and historically Celtic lands. I can only speak here to my own experience and what I have found in studying different folklore, which is that where people from a culture go, their spirits also go.

One school of thought on this is simply that the Otherworldly folk appear to people in ways that those people can best understand; another view is that the spirits are influenced by the belief of the people. Personally, I tend to think that while some types of spirits are indeed sedentary, others are pulled or drawn to where the people who honor and offer to them are.

When the Norse settled Iceland, for example, they found alfar and huldufolk there just as there had been in their old home territories. The Wild Hunt is seen in American skies just as in European, although they are more commonly known as “Ghost Riders” here. The areas of America heavily settled by the Irish and Scotch-Irish, like Appalachia, have local folklore that includes traditionally Irish spirits like the Banshee and Will’o’the’Wisp. In a folklore journal from 1894, we find an article about an area of Massachusetts’ local belief in fairies and pixies, the former being lucky and the latter malicious. In all these examples, the people clearly felt it perfectly natural and normal to see and experience the types of Otherworldly spirits from their homelands even in these new places. 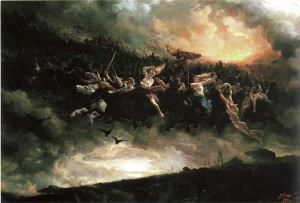 Local folklore in my area of southeastern New England is not devoid of fairies, and its clear that people here both presently and in past centuries believed the Fey Folk were around. I know of one story of a man who saw fairies in Connecticut in the late 19th century;* he ran a small store in the west part of the state and had a reputation among the local people for seeing and speaking to the Gentry. One day he disappeared, and no one ever found out where he had gone or why, but there were those who said the fairies had taken him.

There is also the story of the Little People’s Village in Middlebury Connecticut, a village of tiny houses. Built about 100 years ago as part of an amusement park attraction (originally called the Fairy Village) it fell into ruin after shutting down and is now the focal point of local folklore which says the Other Crowd inhabit it and can sometimes be heard by visitors. The place is said to be a center of negative energy and the Fair Folk there are said to cause insanity to those who linger too long or offend them. There is one particular object called the “fairy’s throne” and people say if you sit on it you will go mad.

In Connecticut there is a state park, named “Devil’s Hopyard” which has a certain reputation for being haunted; many of the local pagans I know have come to associate this park with the Other Crowd in particular. Why the park is named Devil’s Hopyard is unknown, but some stories say that it’s because the Devil would sit at the top of the falls and play his fiddle for the local witches to dance to. Certainly the park has a long history in local folklore of spirit activity. One old story  tells of a traveler walking near the falls who saw several dark figures leaping through the trees and across the stones; the man fled and the spirits chased him until he reached the nearest town. I have been pixy-led there with a friend, wandering for hours on a well-trodden path unable to find our goal – until we gave up and immediately arrived where we’d been trying to go the whole time. I’ve seen a water fairy there; she lives in a pool near a waterfall and dislikes people. There is also a fairy road that crosses through a section of the park, or perhaps I should say at least one fairy road that I am aware of.

I believe that America is full of a wide variety of spirits from many cultures. I know that my grandfather when he came over from Cork never gave up the practice of pouring out a bit of his beer for the Good Neighbors whenever he drank, and even on American soil never doubted that the Good People would cause trouble if not given their due. This is a belief that has been firmly ingrained in me as well. My own experiences since childhood involved both spirits undoubtedly native to this continent as well as those that seem to have immigrated or otherwise been shaped by the beliefs of the Irish who came to this place, as well as a wide array of other cultures. America is more than just a melting pot of human cultures but in my experience is also a melting pot of spirits, containing a wide diversity, and this diversity seems to go back hundreds of years, since foreigners first began making permanent settlements on this continent.