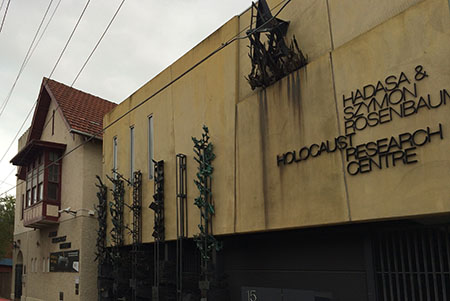 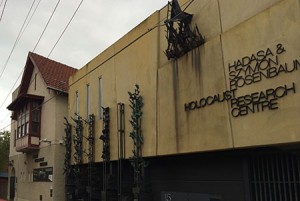 In a speech on Tuesday night, curator and head of collections Jayne Josem said the sight of thousands of Syrian refugees making desperate attempts to reach and settle in Europe bore chilling similarities to the attempts of Jewish families to flee the Nazis before and during World War II.

Millions perished after world leaders failed to agree on a plan to accept substantially more Jewish refugees, trapping them in Hitler’s net.

“It is a fantastic commentary on the inhumanity of our times that for thousands and thousands of people a piece of paper with a stamp on it is the difference between life and death,” Mrs Josem said, quoting American journalist Dorothy Thompson in 1938.

“I wonder, is it just me or did that make any of you think about what’s going on in Europe right now with thousands of Syrian refugees clamouring to find a safe haven for themselves and for their families?

“The news this past week has made me think a lot about Jews in Europe in the period 1938 to 1939, about the Evian Conference, and about the St Louis ‘voyage of the damned’,” she said.

The Evian conference was convened by the US President Franklin D Roosevelt to bring 32 countries together to try to find a “solution” to the problem of ever-larger numbers of Jewish people fleeing Nazi persecution across Europe. Most refused to take substantially more refugees, and in 1939 the St Louis – carrying more than 900 Jewish refugees – was refused entry at Cuba, the US and Canada and eventually returned to Europe.

Ms Josem was speaking at the launch of an exhibition at the Jewish Holocaust Centre about the 20,000 Jewish refugees who found safe haven in Shanghai after Hitler came to power in Germany. At the time, Shanghai was one of the few global ports that were open.

“It is a powerful story about what happens when countries don’t have restrictions on entry,” Mrs Josem said.

Refugee Council of Australia President Phil Glendenning welcomed the commitment, which he described as “an important first step”.

“We applaud the leadership of the Prime Minister on acting so promptly once community concern became apparent, for the people fleeing conflict and persecution in Syria” he said.

It’s estimated that more than 11.6 million people have been affected by the civil war in Syria, including more than 4 million who have fled to neighbouring countries.