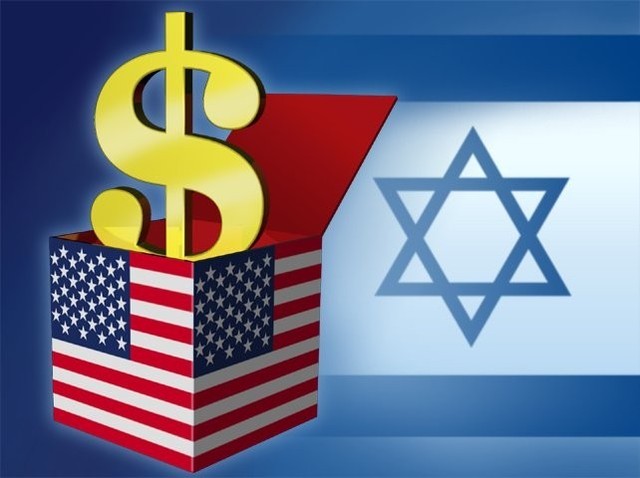 A lawsuit warns that U.S. aid to Israel violates a law meant to prevent nuclear weapons proliferation, even as the United States prepares to increase the already massive Israeli aid program.

Filed Aug. 8 by Grant Smith, director of the Institute for Research: Middle East Policy, or IRMEP, in the U.S. District Court for the District of Columbia, the suit alleges thatU.S. aid to Israel violates two amendments to the 1961 Foreign Assistance Act, known as the the Symington and Glenn Amendments, which collectively ban support for countries engaged in clandestine nuclear programs.

In the lawsuit, Smith alleges that violating these amendments means that Israel has received approximately $234 billion in illegal aid since the passage of the International Security Assistance and Arms Export Control Act of 1976.

“This lawsuit is not about foreign policy. It is about the rule of law, presidential power, the structural limits of the U.S. Constitution, and the right of the public to understand the functions of government and informed petition of the government for redress.”

U.S. foreign policy is in sharp focus right now, as President Barack Obama prepares to sign off on a record-breaking aid package that would add to the $3.1 billion in annual military aid that Israel already receives.

Despite the U.S. government, and a compliant mainstream media, raising the alarm about the supposed dangers of the Iranian nuclear program, Israel possesses dozens of nuclear weapons — with some reports indicating the Jewish State possesses over a hundred — while showing no sign of halting its development of more.

And the WikiLeaks archive of Hillary Clinton’s emails suggests this is unlikely to change after November, with the potential future president heavily invested in maintaining Israel’s claim to a near monopoly on nuclear power in the Middle East.

Smith wrote that the U.S. offers material support to Israel’s nuclear program while helping suppress information about the program. He continued:

“These violations manifest in gagging and prosecuting federal officials and contractors who publicly acknowledge Israel’s nuclear weapons program, imposing punitive economic costs on public interest researchers who attempt to educate the public about the functions of government, refusing to make bona fide responses to journalists and consistently failing to act on credible information available in the government and public domain.”

This policy of secrecy goes by many names, he noted.

“These acts serve a policy that has many names all referring to the same subterfuge, ‘nuclear opacity,’ ‘nuclear ambiguity,’ and ‘strategic ambiguity.’”

Although long denied by both American and Israeli politicians, Israel’s nuclear program was first revealed by whistleblower Mordechai Vanunu, who spent 16 years in prison for sharing secret details of the program with Britain’s Sunday Times in 1986, and has been repeatedly arrested for continuing to publicly speak out.

Although the program is still not officially acknowledged, a November report by the Institute for Science and International Security suggested the Israeli government has amassed enough material to create at least 115 nuclear warheads. That would put Israel, a country roughly the size of New Jersey, on nearly equal nuclear footing with India and Pakistan.

Writing in 2011 for antiwar.com, Sam Husseini noted that some estimates put the number of warheads as high as 400.

Regardless of the actual number, the warheads are real, and they represent a real danger to regional stability.

“These weapons pose a real—not a potential or an imagined—threat to millions upon millions of people in and beyond the region,” Husseini wrote. “So do nuclear weapons held by other countries, but at least they are acknowledged.”

And unlike every other country in the Middle East, Israel refuses to sign the nuclear Non- Proliferation Treaty of 1970. The country has even reportedly shared its nuclear technology, as Matt Peppe noted in January 2015 in MyMPN, MintPress News’ reader submission blog. He wrote:

“Israel has not only amassed its own nuclear arsenal, but also exported nuclear technology and capabilities abroad. Not to just any country, but to the racist, pariah state of apartheid South Africa — surely the most despicable regime of the last century other than possibly Israel itself.”

At least some respected figures in the U.S. government have voiced concerns over the Israeli nuclear program, at least according to the WikiLeaks archive of thousands of emails hacked from Hillary Clinton’s private email server.

In an August 2010 email to Hillary Clinton, Sidney Blumenthal, an American journalist who worked as an aide to President Bill Clinton, shares a Haaretz interview about the Israeli nuclear program, adding comments of his own about the need for Israel to end the secrecy and join the Non-Proliferation Treaty. Blumenthal wrote:

“Another idea, don’t know if it can be made to work: How to introduce Israel entering the NPT and ending its nuclear ambiguity, which is its state policy, but which itself is the model for Iran now. Can this issue be used profitably in negotiations, a wild card, as it were? Can options be developed on whether it can, how it might work, potential effect on peace process? Israel’s nuclear ambiguity policy is certainly a big issue coming given Iran.”

While Blumenthal suggests that Israel’s nuclear program may serve as inspiration for Iran’s nuclear development, there’s actually little evidence that Iran ever intended to construct nuclear weapons, much less use them to threaten Israel. In June, Efraim Halevy, former head of the Israeli intelligence agency Mossad, told Al-Jazeera that Iran was not an “existential threat” to Israel, although he also refused to acknowledge the existence of Israel’s nuclear weapons. And leaked diplomatic cables show that, behind the scenes, Mossad agents contradicted Prime Minister Benjamin Netanyahu’s alarmist views of Iran’s nuclear program by admitting that Iran’s nuclear material was not pure enough for use in nuclear weapons rather than for civilian energy generation. The cables go on to show that Iran was never interested in creating nuclear weapons.

Halevy’s testimony stands in contrast to Clinton’s own statements on Iran. Despite last year’s landmark deal to scale back Iran’s nuclear program, the Democratic Party nominee called for new sanctions against Iran, claiming the country was still a threat to regional peace.

In reality, maintaining Israel’s power while undermining its rivals like Iran and Syria was a key part of Clinton’s strategy as secretary of state, and something likely to carry over into her potential presidency. In May, the Center for a New American Security, a neoliberal think tank, published “Extending American Power: Strategies to Expand U.S. Engagement in a Competitive World Order,” which in many ways could serve as a “blueprint” for military strategy under Clinton.

Although the report emphasizes conventional (rather than nuclear weapons), the authors write: “[I]t is important for a new administration to make absolutely clear that the U.S. commitment to the security of the State of Israel is unshakable now and in the future.”

And an unclassified case file published by the State Department in 2001, and found in the WikiLeaks archive of Clinton’s emails, suggests U.S. support for so-called “moderate” rebels in Syria is actually designed to prop up Israel at the expense of Syria and Iran.

“The best way to help Israel deal with Iran’s growing nuclear capability is to help the people of Syria overthrow the regime of Bashar Assad,” it reads. “Bringing down Assad would not only be a massive boon to Israel’s security, it would also ease Israel’s understandable fear of losing its nuclear monopoly.”

In light of the Aug. 9 anniversary of the bombing of Nagasaki, it’s important to remember that the U.S. is the only country to have ever used nuclear weapons in war, even going so far as to use them on civilian areas of Japan.

Clinton, as a servant of the U.S. government and its military-industrial complex, seems set to continue America’s policy of determining who has access to nuclear technology, despite the hypocrisy inherent in that stance, as Robert Fantina noted in an October 2015 report for MintPress News.

“Its lethal nuclear history isn’t stopping the U.S. from strutting across the world stage today, deciding which countries can (Israel) and can’t (Iran) have nuclear weapons,” Fantina wrote. “The fox, having usurped the power over the henhouse, decides which other foxes can enter and which are forbidden.”

Kit O’Connell is a gonzo journalist from Austin, Texas and Staff Writer for MintPress News,