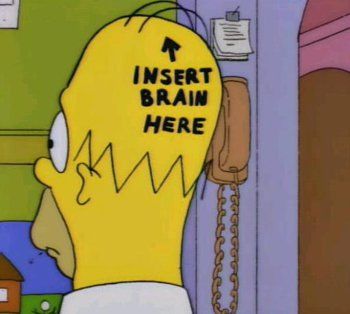 While Israel sits nice and comfy behind its wall, Jewish enablers have been pushing white genocide via replacement with hordes of darks flooding the Euro nations of earth.  Now, while this program has been in place since the end of WWII, Jews are currently ramping up their attacks against we whites in advertising.  Just as with population replacement, the end game of Jewish advertising is also nothing less than our extermination.

Since returning to the US, I have done something that I almost never did before, viz., watching a little TV.  Generally after 7PM or so I will plop down and watch a true crime program or two. “Cold Justice,” “Cold Case Files” and “Criminal Confessions” are three of my favorites. Unfortunately, these programs, and all others I’ve seen, are infested with commercials.  I am not talking about the local mom & pop commercials pitching a downtown cafe or hardware store.  No, I am talking about the flashy high dollar ads of sound, color, light, and neurotic humanoids blasting about second-by-second like crazed cockroaches. Actually, and unlike local TV ads, these glitz and bling Jewish productions really are there not so much to sell a product so much as they are there to sell an idea and push a political agenda.  Although fast food, beer, glamour, shiny cars, and insurance are the surface items being hawked on these big budget ads, one quickly is aware that white genocide is the main object.  Rarely does one of these ads pop up that is not flagrantly anti-white.

In these commercials concocted by large Jewish ad agencies–known collectively as “Madison Avenue”–straight white males are always the targets.  As anyone who has watched even a little TV knows by now, virtually all such men are portrayed as fat, fumbling, flopping fools; as just a bunch of bumbling bozos and buffoons who are incompetent, clumsy clowns incapable of solving even the simplest task. They are always either bouncing around stupidly and pointlessly from commercial to commercial, or they are standing stunned, baffled, open-mouthed as if in a daze, or they are stuffing vast amounts of junk food into their gorge holes.  These same clueless white clods–the same, by the way, whose ancestors gave us electricity, automobiles, airplanes, computers, heart transplants, and moon landings–are clearly lacking in every department, intellectually, morally, socially, interactionally, and hygienically.  White men are seldom leaders in these commercials; they are usually confused, perplexed, but willing, followers of their betters, viz, brilliant black and brown men, and young, hard-charging super women.  Invariably, this motley menagerie, these saviors of the day, are always neat, always clean, always intelligent, always black, brown or female; these superior beings merely roll their eyes in disgust at the ridiculous predicaments white men get into, then go about showing by word or example how the unkempt, disgusting white male moron needs to do something the right way (photo above)

Mostly, the only white men who are portrayed as bright, intelligent, slim, clean, and successful in these ads are either gay couples or those with dark women on their arms.

In every Jewish commercial ever created, a black or brown is never, no matter what the situation, portrayed in a bad light, ever–in the fantasy world of Jewish commercials, they are always the flawless decision-makers, the sure, certain, selfless take-chargers, the best and the brightest mankind has to offer.  They never commit the same stupid mistakes as the crude, clumsy, clueless white men. They are all cool, confident, well-dressed, natural-born-leader types; they are scientists, surgeons, professors, jet pilots, or just your common everyday successful black or brown businessman cooly making their million dollar decisions each day inside Fortune 500 boardrooms.  White males in these commercials are often looked at askance and lectured by blacks and browns on the proper, mature and intelligent way of doing things even though the ancestors of the latter, with millions of years to work with, somehow never managed to even invent the simple wheel.

Race-mixing, of course, is the main focus of these Jewish commercials.  Virtually every other couple shown is a mixed race twosome, usually a charming, successful, intelligent young black man embracing, kissing and rolling happily in bed with a lovely, slim, graceful white woman.  These couples are always portrayed as laughing, care-free, successful, and deeply in love; they are never seen as they in reality usually are–miserable, angry, arguing, drunken, drugged, fat, vulgar, disheveled, and violent.

In one Progressive Insurance ad, a beautiful young white woman bumps into a black man at a juke box whereupon they fall instantly in love.  In the next shot the deeply smitten duo are happily performing together on stage, singing to a rapturous audience.  “Now That’s Progressive” reads the Jewish moral message.

Now, fact is, despite Jews trying to convince us on their commercials that every other couple is a mixed race match, no matter where one looks in the US are mixed-race couples the norm.  Left to our own devices, miscegenation would remain forever but a tiny fraction of the white population.  If left alone, our instincts would naturally kick in and few of us would even socialize with blacks and browns, much less date and have sex with them.  If left alone, our instincts will naturally repel us from dark-skinned people, their strange, and to our instincts, their ugly looks, their childish, irresponsible actions, their impulsive, violent, primitive nature.  And Jews know this.  Their ambition, their hope, their dream, is to take fiction and create a new reality by portraying race-mixing as the wonderful, inevitable norm to come.  Once such a consensus among the young and dumb is reached, they feel, the rest will be easy.  The non-stop commercial message to immature minds is: “If you want to be happy, healthy, successful, then stay away from your fellow whites, the losers, and choose for a mate a natural winner, a dark person.”  Of course, a heavily or entirely mixed race America would nicely accomplish two of the Jew’s greatest historical ambitions, i.e., 1) the genocide of the white race, and 2) absolute Jewish control of the ugly, ignorant mulatto/mestizo mess that remains.

Clearly, blacks, browns and whites do not create these commercials–Jews do.  All the above is how Jews want unthinking TV watchers to perceive white men.  Blacks and browns in these Jewish commercials are used by Jews as they have always been used–as hammers against we whites.  Jews do not care a fig about the well-being or elevation of blacks and browns; their sole purpose is for them to be used as Jews have always used them–as clubs and bricks to attack we whites.

This is how the Jews who create the ads want us and others to think about ourselves.  Their hope is that ultimately we will think so badly about ourselves that we will no longer care about ourselves, about our past, about our present or especially about our future, about marriage and children, about fighting Jewish hate around the world; that we will simply give up and commit suicide.  And, of course, these devious individuals hope their fanciful dreams become reality for young and dumb white women and that they will naturally fall into the arms of REAL men–the black and brown mud men.

Truly, the depth of Jewish hatred is breath-taking.  But so is their almost comical, suicidal ignorance.  Sooner than they could ever imagine the consequences of their efforts to destroy whites via immigration replacement, inter-racial sex commercials, pornography, abortion, actual white on white World Wars, or a hundred other means, will bear them a terrible fruit.  As we know from history, when white people finally get pissed off, really pissed off, hell is to pay.  And, as we all know, the white world is very, very close to critical mass right now.

A word, a warning, a historical truth:  An armed and angry white man is the most deadly killing machine the earth has ever known–he is intelligent, resourceful, adaptable, strong as steel, hard as iron, he never sleeps, he never forgets…and he is virtually impossible to kill.

(I apologize for the rushed and rather disorganized article above.  I usually do a better job than this.  The post is merely a piece written by someone who wanted to say a certain something but lacked the proper time to say it.)