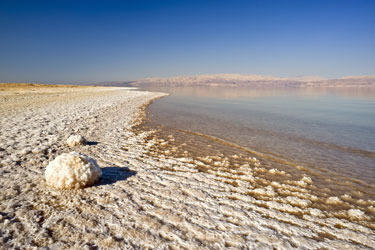 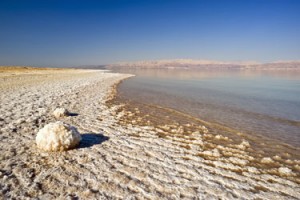 Origins of the Ancient Zechstein Sea

Earth as we know it today was immensely different during the Late Permian age. Rather than seven continents spread across the Earth’s surface, these pieces of land were grouped together in a single landmass called Pangaea. Stretching from the northernmost point of the planet all the way to its southernmost point, the midpoint of this giant landmass was the Earth’s equator. Far below the imaginary line that defines the Equator sat a large sea called the Zechstein Sea.

Fed primarily by rivers of fresh water, the Zechstein Sea was surrounded by a much larger outer sea. Narrow strips of land separated the two seas, and it is because of these natural boundaries that there is even a story to tell.

On occasion, the salty waters from the larger outer sea would spill over the land that separated the Zechstein Sea from the outer sea. When this happened, it caused the salty outer sea water to mix with the Zechstein Sea’s fresh water. Then the hot, dry air that brushed across the surface of the Zechstein Sea would continually evaporate the water. The saltwater infiltration that had taken place over the years, combined with the natural water evaporation that was constantly taking place resulted in the concentration of massive salt deposits. This infiltration/evaporation process is similar to what happens currently in the Dead Sea, but on a much larger scale.

To get a better idea of the quantity of magnesium chloride created as a result of these natural forces, it’s important to put the size of the Zechstein Seabed in perspective. It’s quite large; so large, in fact that it covers an area that begins near the eastern border of present day England and stretches east to the western border of Poland. 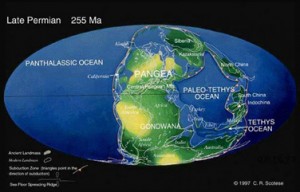