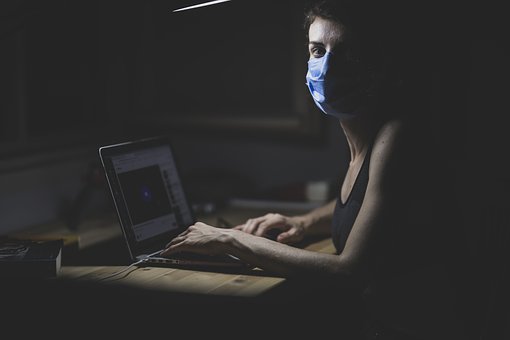 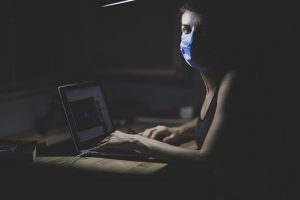 You see, bloggers and reporters, here is the problem (one among many, actually). You have no background.

You don’t understand that every time you write a medical piece, there is a context which should inform your every move:

To put it another way, THE MODERN MEDICAL SYSTEM KILLS AND MAIMS HUGE NUMBERS OF PEOPLE.

Let me help you out.

ONE: “The Epidemic of Sickness and Death from Prescription Drugs.” The author is Donald Light, who teaches at Rowan University, and was the 2013 recipient of ASA’s [American Sociological Association’s] Distinguished Career Award for the Practice of Sociology. Light is a founding fellow of the Center for Bioethics at the University of Pennsylvania. In 2013, he was a fellow at the Edmond J. Safra Center for Ethics at Harvard. He is a Lokey Visiting Professor at Stanford University.

The authors, led by Jason Lazarou, culled 39 previous studies on patients in hospitals. These patients, who received drugs in hospitals, or were admitted to hospitals because they were suffering from the drugs doctors had given them, met the following fate:

Beyond that, every year 2.2 million hospitalized patients experience serious adverse reactions to the drugs.

The authors write: “…Our study on ADRs [Adverse Drug Reactions], which excludes medication errors, had a different objective: to show that there are a large number of ADRs even when the drugs are properly prescribed and administered.”

So this study had nothing to do with doctor errors, nurse errors, or improper combining of drugs. And it only counted people killed or maimed who were admitted to hospitals. It didn’t begin to tally all the people taking pharmaceuticals who died as consequence of the drugs, at home.

THREE: July 26, 2000, Journal of the American Medical Association; author, Dr. Barbara Starfield, revered public health expert at the Johns Hopkins School of Public Health; “Is US health really the best in the world?”

Starfield reported that the US medical system kills 225,000 Americans per year. 106,000 as a result of FDA-approved medical drugs, and 119,000 as a result of mistreatment and errors in hospitals. Extrapolate the numbers to a decade: that’s 2.25 million deaths. You might want to read that last number again.

In 2009, I interviewed Dr. Starfield. Here is an excerpt:

What has been the level and tenor of the response to your findings, since 2000?

The American public appears to have been hoodwinked into believing that more interventions lead to better health, and most people that I meet are completely unaware that the US does not have the ‘best health in the world’.

In the medical research community, have your medically-caused mortality statistics been debated, or have these figures been accepted, albeit with some degree of shame?

The findings have been accepted by those who study them. There has been only one detractor, a former medical school dean, who has received a lot of attention for claiming that the US health system is the best there is and we need more of it. He has a vested interest in medical schools and teaching hospitals (they are his constituency).

Have health agencies of the federal government consulted with you on ways to mitigate the [devastating] effects of the US medical system?

Since the FDA approves every medical drug given to the American people, and certifies it as safe and effective, how can that agency remain calm about the fact that these medicines are causing 106,000 deaths per year?

Even though there will always be adverse events that cannot be anticipated, the fact is that more and more unsafe drugs are being approved for use. Many people attribute that to the fact that the pharmaceutical industry is (for the past ten years or so) required to pay the FDA for reviews [of its new drugs]—which puts the FDA into an untenable position of working for the industry it is regulating. There is a large literature on this.

Aren’t your 2000 findings a severe indictment of the FDA and its standard practices?

They are an indictment of the US health care industry: insurance companies, specialty and disease-oriented medical academia, the pharmaceutical and device manufacturing industries, all of which contribute heavily to re-election campaigns of members of Congress. The problem is that we do not have a government that is free of influence of vested interests. Alas, [it] is a general problem of our society—which clearly unbalances democracy.

Would it be correct to say that, when your JAMA study was published in 2000, it caused a momentary stir and was thereafter ignored by the medical community and by pharmaceutical companies?

Are you sure it was a momentary stir? I still get at least one email a day asking for a reprint—ten years later! The problem is that its message is obscured by those that do not want any change in the US health care system.

Are you aware of any systematic efforts, since your 2000 JAMA study was published, to remedy the main categories of medically caused deaths in the US?

No systematic efforts; however, there have been a lot of studies. Most of them indicate higher rates [of death] than I calculated.

Did your 2000 JAMA study sail through peer review, or was there some opposition to publishing it?

It was rejected by the first journal that I sent it to, on the grounds that ‘it would not be interesting to readers’!

I tried to include everything in my estimates. Since the commentary was written, many more dangerous drugs have been added to the marketplace.

FOUR: BMJ June 7, 2012 (BMJ 2012:344:e3989). Author, Jeanne Lenzer. Lenzer refers to a report by the Institute for Safe Medication Practices: “It [the Institute] calculated that in 2011 prescription drugs were associated with two to four million people in the US experiencing ‘serious, disabling, or fatal injuries, including 128,000 deaths.’”

Therefore, to say the FDA isn’t aware of this finding would be absurd. The FDA knows. The FDA knows and it isn’t saying anything about it, because the FDA certifies, as safe and effective, all the medical drugs that are routinely maiming and killing Americans. Every public health agency knows the truth.

FIVE: None of the above reports factor in death or injury by vaccine.

The US system for reporting severe adverse effects of vaccines is broken.

Barbara Loe Fisher, of the private National Vaccine Information Center, has put together a reasonable analysis:

“But how many children have [adverse] vaccine reactions every year? Is it really only one in 110,000 or one in a million who are left permanently disabled after vaccination? Former FDA Commissioner David Kessler observed in 1993 that less than 1 percent of doctors report adverse events following prescription drug use. [See DA Kessler, ‘Introducing MEDWatch,’ JAMA, June 2, 1993: 2765-2768]”

“There have been estimates that perhaps less than 5 or 10 percent of doctors report hospitalizations, injuries, deaths, or other serious health problems following vaccination. The 1986 Vaccine Injury Act contained no legal sanctions for not reporting; doctors can refuse to report and suffer no consequences.”

“However, if that number represents only 10 percent of what is actually occurring, then the actual number may be 120,000 vaccine-adverse events [per year]. If doctors report vaccine reactions as infrequently as Dr. Kessler said they report prescription-drug reactions, and the number 12,000 is only 1 percent of the actual total, then the real number may be 1.2 million vaccine-adverse events annually.”

SIX: Here is a stunning quote from a doctor who has quite probably read and analyzed as many medical-drug studies as any other doctor in the world:

Compare that quote with one from “the father of COVID science,” Tony Fauci. In an interview with the National Geographic, Fauci stated: “Anybody can claim to be an expert even when they have no idea what they’re talking about…If something is published in places like New England Journal of Medicine, Science, Nature, Cell, or JAMA—you know, generally that is quite well peer-reviewed because the editors and the editorial staff of those journals really take things very seriously.”

They take things so seriously at the New England Journal, they routinely publish glowing studies of medical drugs which, as evidence shows, are killing people in great numbers.

So…you medical bloggers living in mommy’s basement, and you medical reporters who live in New York and Georgetown and pull down nice paychecks, you now have some background. Every time you write a Mockingbird article (aka puff piece), you can fathom how deep your lies really go, and how much crime you’re really involved with.

It’s never too late to tell the truth. I’m offering you a way out.