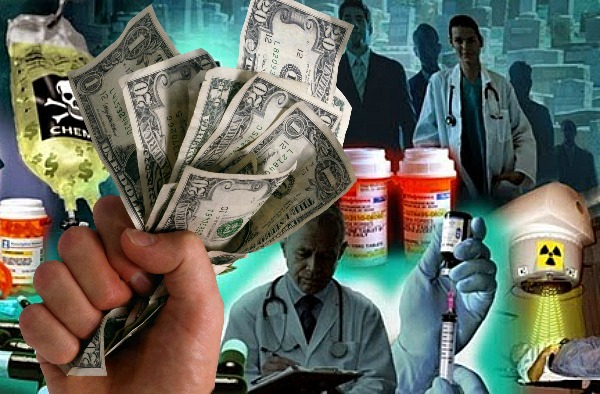 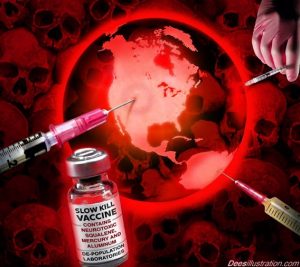 If you haven’t yet realized the truth about how vaccines contain hidden cancer viruses, prepare yourself to be shocked by the admission you’re about to hear. Decades ago, one of the most prominent vaccine scientists in the history of the vaccine industry — a Merck scientist — made a recording where he openly admitted that vaccines given to Americans were contaminated with leukemia and cancer viruses.

In hearing this admission, his colleagues (who are also recorded here) break into laughter and seem to think it’s hilarious. They then suggest that because these vaccines are first tested in Russia, their side effects will help the U.S. win the Olympics because the Russian athletes will all be “loaded down with tumors.”

For the record, this is the same vaccine that was given to tens of millions of Americans and promoted by the government. To this day, people still carry these hidden cancer viruses which have proven to be a boon to the cancer industry.

Listen to this astonishing admission at:
http://naturalnews.tv/v.asp?v=13EAAF22CDA367…

Why vaccine scientists lie to the public

The presence of SV40 cancer viruses in vaccines isn’t some conspiracy theory, by the way: these are the words of a top Merck scientist who probably had no idea that his recording would be widely heard across the internet one day. He probably thought this conversation would remain a secret forever. When asked why this didn’t get out to the press, he replied “Obviously you don’t go out, this is a scientific affair within the scientific community.”

Listen to this shocking interview at:
http://naturalnews.tv/v.asp?v=13EAAF22CDA367…

Dr. Horowitz: Listen now to the voice of the worlds leading vaccine expert Dr Maurice Hilleman, Chief of the Merck Pharmaceutical Company’s vaccine division relay this problem he was having with imported monkeys. He best explains the origin of AIDS, but what you are about to hear was cut from any public disclosures.

Dr Maurice Hilleman: and I think that vaccines have to be considered the bargain basement technology for the 20th century.

Narrator: 50 years ago when Maurice Hilleman was a high school student in Miles City Montana, he hoped he might qualify as a management trainee for the local JC Penney’s store. Instead he went on to pioneer more breakthroughs in vaccine research and development than anyone in the history of American medicine. Among the discoveries he made at Merck, are vaccines for mumps, rubella and measles…

Dr Edward Shorter: Tell me how you found SV40 and the polio vaccine.

Dr Maurice Hilleman: Well, that was at Merck. Yeah, I came to Merck. And uh, I was going to develop vaccines. And we had wild viruses in those days. You remember the wild monkey kidney viruses and so forth? And I finally after 6 months gave up and said that you cannot develop vaccines with these damn monkeys, we’re finished and if I can’t do something I’m going to quit, I’m not going to try it. So I went down to see Bill Mann at the zoo in Washington DC and I told Bill Mann, I said “look, I got a problem and I don’t know what the hell to do.” Bill Mann is a real bright guy. I said that these lousy monkeys are picking it up while being stored in the airports in transit, loading, off loading. He said, very simply, you go ahead and get your monkeys out of West Africa and get the African Green, bring them into Madrid unload them there, there is no other traffic there for animals, fly them into Philadelphia and pick them up. Or fly them into New York and pick them up, right off the airplane. So we brought African Greens in and I didn’t know we were importing the AIDS virus at the time.

Miscellaneous background voices:…(laughter)… it was you who introduced the AIDS virus into the country. Now we know! (laughter) This is the real story! (laughter) What Merck won’t do to develop a vaccine! (laughter)

Dr Maurice Hilleman: So what he did, he brought in, I mean we brought in those monkeys, I only had those and this was the solution because those monkeys didn’t have the wild viruses but we…

Dr Edward Shorter: Wait, why didn’t the greens have the wild viruses since they came from Africa?

Dr Edward Shorter: but they had the ones that they brought from the jungle though…

Dr Maurice Hilleman: …yeah, they had those, but those were relatively few what you do you have a gang housing you’re going to have an epidemic transmission of infection in a confined space. So anyway, the greens came in and now we have these and were taking our stocks to clean them up and god now I’m discovering new viruses. So, I said Judas Priest. Well I got an invitation from the Sister Kinney Foundation which was the opposing foundation when it was the live virus…