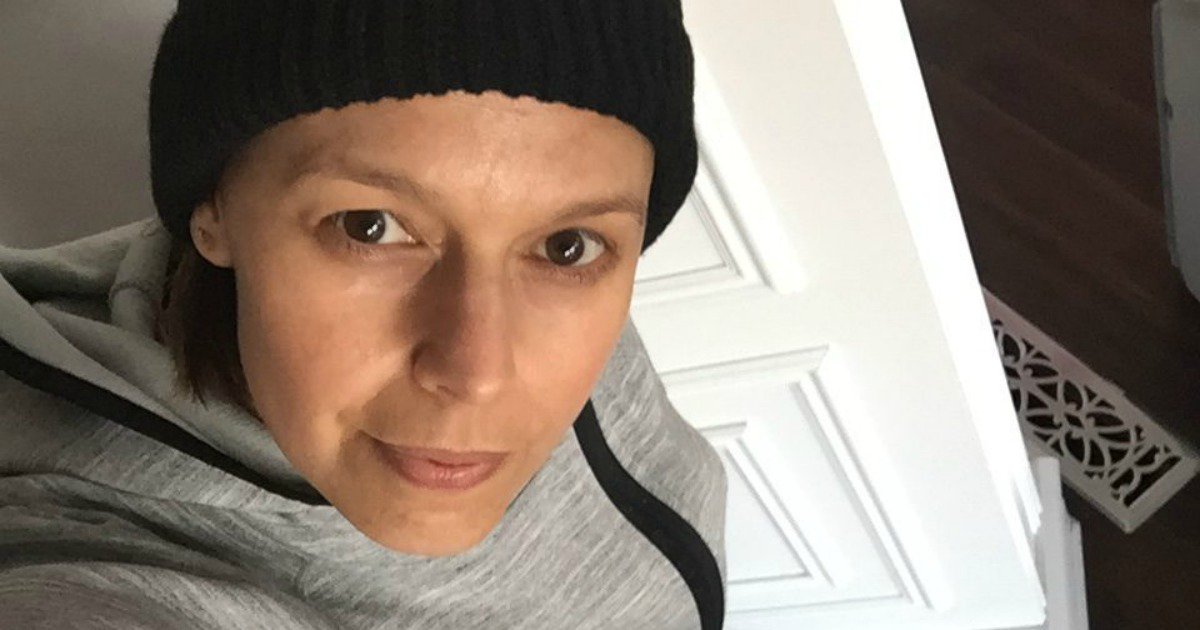 A video investigating the hypocrisy and ignorance of Australian blogger and media mogul, Mia Freedman is making  its rounds all over the internet.  Mia Freedman is head of Australia’s largest independent digital media company for women, the Mamamia Women’s Network that reaches around 4 million people each month.  Advertisers believe if they pay her enough cash they can have a momservation with the average Australian mum, especially about the controversial issue of vaccination.

In a completely senseless rant in July, just before the Australian federal election, Freedman can be heard openly attacking the HAP to her silent side kicks who mostly  nod and roll their eyes like bored observers.  She wanted to eradicate any chance of her viewers  voting for the Health Australia Party and she has no time for anti vaxxers or pro vaccine safety activists (as they prefer to be called).   She claims that she wants a healthy Australia but not if anyone advocates transparency in regards to mandatory vaccination policies. 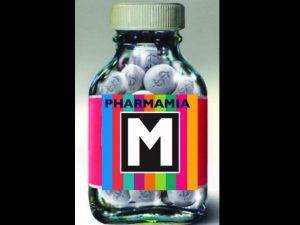 Native advertising is a type of disguised advertising, usually online, that matches the form and function of the platform upon which it appears.

Do you really want a healthy Australia Mia, when you write native advertising campaigns to explain why children’s panadol and Nurofen are ok.

Mia Freedman writes “ I love drugs. I really do. Always have. Not the illegal kind so much”

It’s a major conflict of interest when Freedman is being paid to promote Panadol by major vaccine manufacturer Glaxosmith kline.

Denis Muller in his article entitled “Conflict of interest: Hybrid journalism’s central ethical challenge” in Communication ethics says   “An academic analysis of the Mamamia project (Cowcher-Guthrie 2014) found that native advertising, written by Mamamia writers but sponsored by advertisers, made frequent appearances on the website and on social media. She found that while the native advertisements took on the tone and voice of Mamamia editorial content, they were, in fact, about products that advertising clients were paying to promote”

Mamamia is proud of their work “The Mamamia Network is leading the Australian market in native advertising”  Says, Jamila Rivzi Editor in Chief of Mama mia network” 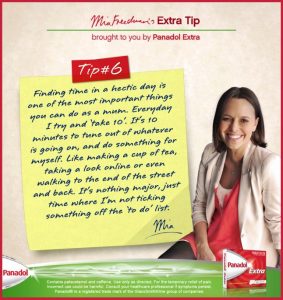 Do you think Mia really cares about her audience let alone their health?

Here is a tweet that was meant to be private, but accidently made it’s way to the public, many allege it was written by Mia as it’s in  her writing style

“ Exhausted by the fuckers at the moment xxxx”

This speaks volumes about how she views her Mamamia audience & the tweet was promptly deleted..

Mama Mia has close ties to hate groups such as the Australian Skeptics who advocate bullying,  harassment, cyber stalking, intimidation and even death threats against those who dare to question vaccines.  Dr Judy Wilyman Phd writes ” Mamamia writers on Vaccination have no qualification in science, public health, vaccination science or policy development. Authors who have written articles on vaccination on this website include Rachael Dunlop,  Peter Tierney (aka Reasonable Hank) Peter Bowditch, Mia Freedman, Chris Stevenson and Rick Morton”

Mia Freedman admits to doing no independent research on vaccines.  As she proudly admits this on her facebook page 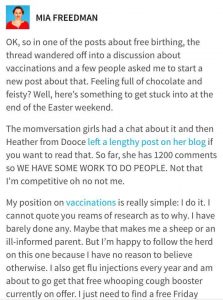 Mia Freeman admits her lack of research on vaccines “My position on vaccinations is really simple: I do it. I cannot quote you reams of research as to why. I have barely done any. Maybe that makes me a sheep or an ill-informed parent. But I’m happy to follow the herd on this one because I have no reason to believe otherwise “

This  is a good reason to believe otherwise with her 12 million dollar mansion . Selling lies & Big Pharma propaganda to the public must pay very well. 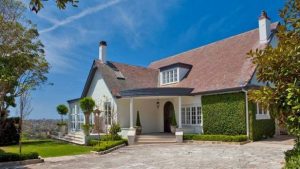 Here she is as the face of the “Save the Date” to vaccinate campaign for NSW Department of Health who urge everyone to vaccinate against fatal diseases.

Yeah, Fatal diseases like Measles that  used to be a mild childhood disease and was even joked about on the Brady Bunch. https://www.youtube.com/watch?v=mDb0ZS3vB9g  2.52

It seems Freedman wants compulsory vaccinations and her wish may just come true as the Adult Immunisation registry was passed on September 1st 2016. Mamamia has posted many pro Adult vaccination articles such as this one “ Health Check, when do Adults need to be immunized” with the caption Adults need to be immunized too” This is a roll on from no jab, no play & enforcing all adults to get vaccinated or not be able to engage in work to feed themselves will be extremely profitable for Big Pharma & for pro-vax  gatekeeper’s like Freedman. 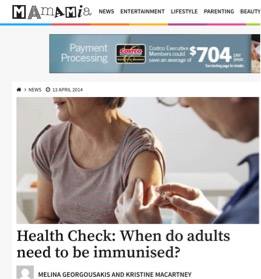 In the video, Mia Freedman talks about the necessity of vaccination in protecting the lives  of the vulnerable after they’ve been vaccinated, however, this is contradictory to scientific facts. This brochure is from John Hopkins Hospital & is about caring for immunocomprimised patients. It states, Tell friends and family who are sick or who have recently had a live vaccine ( such as chicken pox, measles , rubella not to visit) 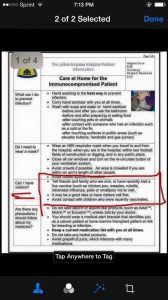 The fact is, the  vulnerable need protection from the vaccinated & this from the CDC in regards to the failed & extremely dangerous pertussis vaccine: infection in a vaccinated person causes nonspecific symptoms. Vaccinated adolescents and adults may serve as reservoirs for silent infection and become potential transmitters to unprotected infants.

Here is an insert from the Varivax Chicken pox vaccine. 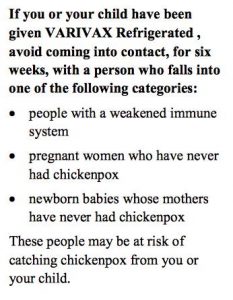 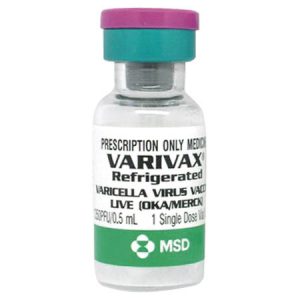 Mia Freeman keeps using the excuse of Herd Immunity to push her uneducated nonsense, which is based on the necessity to vaccinate.  Dr Suzanne Humphries gives an excellent talk here about whether those who choose not to vaccinate are really being irresponsible. Please listen to the entire talk here: https://www.youtube.com/watch?v=ubSPeZAOeDs

Mamamia is clearly interested in the publication of death threats and defamatory statements Despite the site warning, “If you’re offensive, you’ll be blacklisted and your comment will go to spam”, Mamamia has permitted a death threat against vaccine-choice advocate, Meryl Dorey, to be published. The Troll who comes across as being a particularly troubled individual, wrote: “ I am so sick of this crazy bitch. Could we not start a collection for a hit man?

The threatening &  clearly offensive comment of “ That women is a fuckwit , A delusional Fuckwit” is also deemed acceptable by Mamamia. Many people say their perfectly reasonable comments presenting the other side of the vaccination debate have been censored by Mamamia if they don’t fit into their twisted dialogue. This also mirrors the Murdoch media who only seem to let pro-vax trolls comment on their propaganda pieces that push vaccines without offering any science or facts.

Mia Freedman classifies everyone who is against mandatory vaccination as “ rampant anti-vaxxers”. However, many of these parents once vaccinated their children and they were severely injured or killed. Mia Freedman’s dismissive and derogatory attitude toward this group is unacceptable and deserves a public  apology from her and retraction of all her ill-informed & ignorant statements.

Mia is angry at the Health Australia Party and says “Don’t say you’re one thing when you’re another” It’s a case of calling the kettle black as Mia, you’re Pharmamia.

The poor child in the video below mirrors what Freedman & her Mamamia machine for the Pharmaceutical industrial complex want for your children. Freedman & her mamamia network are clearly a mouthpiece for Big Pharma & the general public who blindly follow her lies & propaganda need to seriously ask themselves, is vaccinating my child worth the risk? This is the real face of vaccine damage. (Click Image To Play)

This is my baby boy Bobby born 22/1/16 4 month later our world changed for the worst Bobby had his vaccines at 4 month instantly got poorly temp of 44 twitches full body but started. From injection site he was not the same baby. Within 3 weeks he started having siezures. 1 day we woke at 4 in the morning to see our little boy blue in the face struggling to breath and having a seizure it scared the life out of me that day he had 9 from that date he didn’t stop. 14 in a day 6 in his sleep just would wake and go into 1 with out warning from the minute he started having them I new it was the vaccines then the cover up started doctors health visitors nurses children services they all worked very hard to cover it up as I was working hard to prove it they tried taken my child cz I was putting him at risk researching about vaccines it was stressing me out and making Bobby poorly they were willing to destroy a young family just to cover up there nasty vaccines people need to do something they are hurting our babies they have no right no right at all they don’t vaccinate there own children doctors have told me they couldn’t lie they don’t the fact they would push them on our children shows how evil they are please share to atall many as possible get the word out and help me help my son any advise any thank you

I just want my son back for anyone that is going to comment and say it’s not the vaccines well il post proof underneath ok no problem I’m not trying to cause any problems but simply want to make it aware.