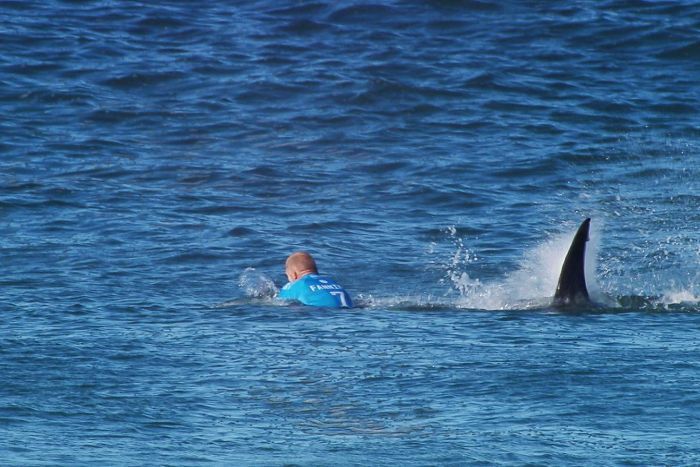 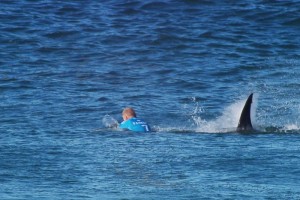 Australian surfing star Mick Fanning has survived being attacked by a shark during the J-Bay Open World Surf League event in South Africa.

Dramatic vision showed a shark thrashing in the water near Fanning during his final against fellow Australian Julian Wilson at Jeffreys Bay, east of Port Elizabeth.

The footage shows a fin sticking out of the water as the shark appears to knock Fanning off his board.

Fanning, the world number four and a triple world champion, said he punched and kicked out at the shark as it broke his leg rope.

The 34-year-old returned to the shore unharmed with the help of organisers, with the competition halted.

“I literally just jumped away and it just kept coming at my board and I was kicking and swimming,” he said.

“I just saw fin – I didn’t see the teeth, I was waiting for some teeth to come at me as I was swimming. I punched it in the back.

“I was about to start paddling again and I had this instinct that someone was behind me.

“I saw the whole thing just thrashing around … I punched it a couple of times, but I felt like it was dragging me under water.