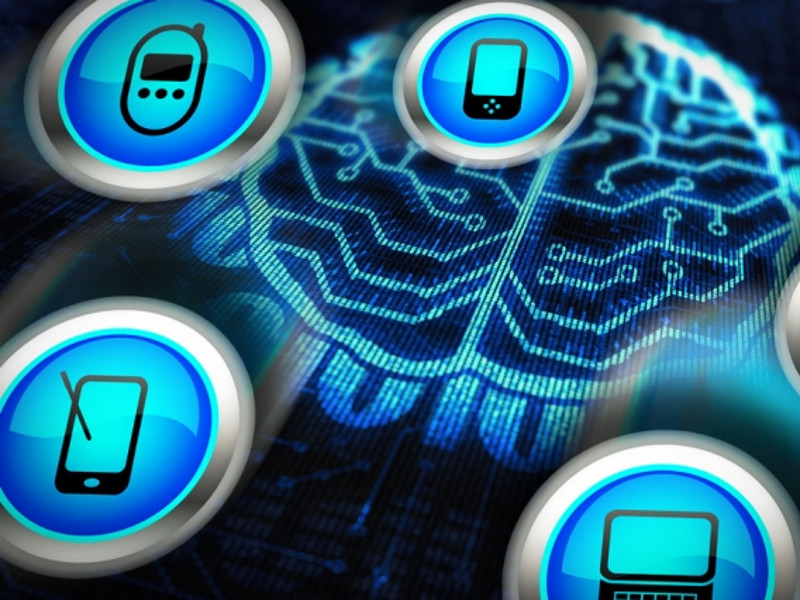 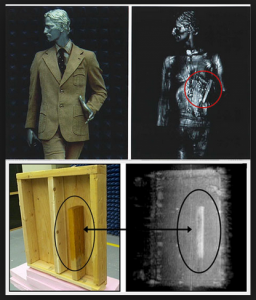 There is a new technology being tested for use on UK civilians en masse on our streets, millimetre microwave scanners

Practically this would make sense, as a human operator seeing a crowd of people imaged by ‘millimetre’ microwaves would not be able to effectively scan the crowd for weapon shaped objects or suicide vests. Hence the use of AI.

Using the same technology as the American airport TSA scanners, over which there has been much controversy in the level of detail these scanners reveal about an individual, MiRTLE, provided by Radio Physics Solutions (RPS) purports to use artificial intelligence (AI) to identify weapon shaped objects without the system revealing the human body image.These electromagnetic radiation scanners, which use Ultra Wide Band (UWB) at 75-110 GHz, are able to be beamed at crowds to detect potential concealed weapons being carried by individuals.

Note that security workers, particularly those working at airports, have been drilled in various PR talking points in order to assuage public concerns on this experimental technology, including the popular corporate line that, “It’s perfectly safe – it’s on only millimeter microwaves.”

IMPORTANT POINT: This technology is funded by us, to be used on us. Funded by us, via our taxes paid out to various UK government departments and police.

The UK Department of Business Innovation and Skills oversees the UK Research Councils, one of which is the Engineering and Physical Sciences Research Council (EPSRC) who, along with the Metropolitan Police and the Home Office Scientific Development Branch, funded the research into this technology as early as 2009 with research starting back in 2004 at Manchester Metropolitan University by Professor Bowring, Head of the Centre for Sensing and Imaging at Manchester Metropolitan University (MMU).

“It is designed to work out on the streets and is not (restricted) to a closed, controlled environment,” Professor Bowring [from Manchester Met University] told BBC News.

According to the UK Business Angels Association and the Mayor of London’s Office document for the Smart London Investor Showcase held in March 2016, RPS are working with “major UK police forces (including London’s Metropolitan Police), Counter Terrorism Command & the Home Office (CAST)”.

(The Smart London Showcase is part of the Mayor of London, Boris Johnson’s, Smart London Plan, published in December 2013.)

On the RPS website MiRTLE apparently can be applied in the following scenarios: transportation, schools, private security, government, event security, and defense. Note, the order is listed as per their website.

Soft civilian targets first and military use last, with the inference that it keeps the general population ‘safe’. However, the main agencies interested in these products are not schools or transport companies, it is the military.

The Dalton Institute, based at the Faculty of Science and Engineering at Manchester Metropolitan University heading the research, lists “expressions of interest” from the US Department of Defence, US Army Laboratories and from the US Navy. The Dalton Institute also go on to say that because of the sensitive nature of the project they have rejected enquiries from the media apart from two articles the BBC published in 2009 and 2013.

According to the Smart London Showcase RPS are working in conjunction with another company called SeeQuestor, which amalgamates different CCTV systems to make ‘dumb’ CCTV ‘smart’ therefore enabling different systems to ‘talk’ to each other This about SeeQuestor from the Wired article from August 2015 “One Nation Under CCTV: The Future of Automated Surveillance”:

“New technology could allow police and security services to quickly analyse CCTV footage to look for movement, faces and track suspects across the world. By linking ‘dumb’ CCTV cameras to a ‘smart’ online system, authorities will soon be able to find and track anyone.”

Between RPS scanners on the ground and SeeQuestor operating behind CCTV cameras their combined technologies, via AI, would potentially scan crowds of people and assess threat levels, such as crowds accumulating, street footfall, the ability to pick out faces in crowds, identify people carrying weapon shaped items and thereby identify persons of interest with the capability to track them via the security camera network.

Although RPS scanners work in real time SeeQuestor is only able to look at historic past video data. However according to the UK Business Angels Association and the Mayor of London’s Office document for the Smart London Investor Showcase (see page 14) SeeQuestor are “a post event video analysis and management tool to help police and security professionals such as counter terrorism solve crimes and save lives by finding people in video data. And is now raising money to develop a real time product, integrating smart sensors from its partner company – Radio Physics Solutions – (the only solution worldwide) that can detect threats such as suicide vests and guns, hidden beneath clothing from a distance of 30-40 metres. For a smart, automated network capable of identifying threats and the persons carrying those threats, so they can be tracked and dealt with ahead of time.”

A fully automated really time surveillance system with AI identifying possible threat scenarios, this is the shared vision of RPS and SeeQuestor. Both RPS and SeeQuestor are funded by investors through a company called Anglo Scientific, a private equity firm, with the boards of directors of both companies comprising of Anglo Scientific employees. Anglo Scientific also own the Intellectual Property right of the millimetre microwave technology, which now through their investors, RPS are developing.  Professor Nick Bowring and the other developers at MMU holding the patent for this technology.

We, via our taxes, have invested around £1m for this surveillance system, for a private equity firm to then set up RPS and benefit from research we paid for. RPS were incorporated in 2008 by Douglas Dundonald, a director of Anglo Scientific and ex House of Lords Conservative Peer where he held a position on the council of the Parliamentary Information Technology Committee. Other RPS directors are Vito Levi D’Ancona – Chief Financial Officer director of Anglo Scientific and Ricky Posner, Non-Executive Director at Anglo Scientific.

Although, RPS are working with the Met Police and the technology is not yet used on us, the surveillance systems that are ready to be built into our society in the name of ‘smart’ cities are so very advanced. The FBI and US police are looking at a recently patented integrated license plate reader (LPR), speedometer, and facial recognition device. Such systems of course can be integrated with video footage analysis, traffic management and now the new kid on the block – millimeter microwave scanning.

Where would this ultra wideband microwave scanning stop? Will this tech be built into lampposts to scan us for concealed weapons? Maybe it could be built into the UK Automated Number Plate Recognition camera network, scanning our cars to see what the contents are? The UK Home Office and police have a track record of implementing surveillance technologies without any public or parliamentary debate. Facial recognition is used on the Police National Database of millions of custody suite images, this was quietly slipped in early 2014, with no discussion or mention in the media. After their use of the biometric facial recognition technology came to light in late 2014, the Home Office were instructed to report to parliament early 2015 on their use of facial recognition. As of May 2016 they have not submitted that report.

The article across at ArsTechnica, which detailed the combined license plate recognition, speedometer and facial recognition has the below video… the vision of the world to come.

There seems a lack of transparency when using privacy invasive technologies en masse on us in society.  A Freedom of Information request was sent to the Metropolitan Police 17 May 2016 on their use of millimetre microwave technology which is due back 15 June 2016.