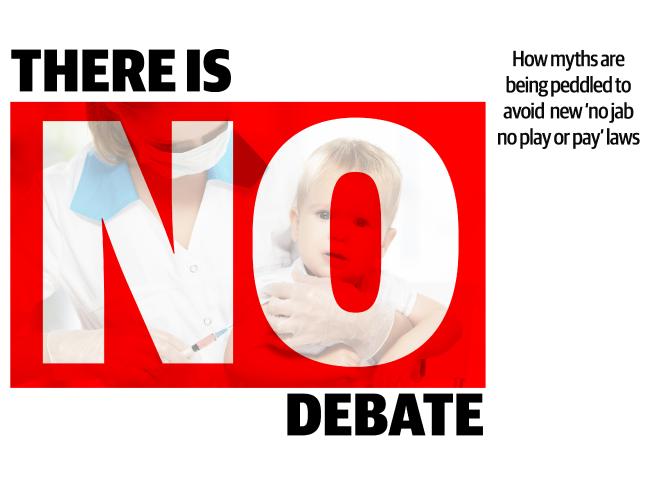 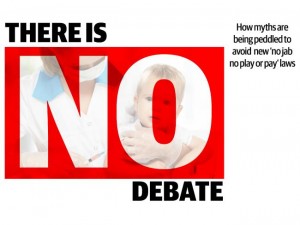 NOTE: ISN’T IT INCREDIBLE HOW THESE NEWSPAPERS NOT ONLY LIE BUT ARE ABLE TO COME TO THEIR OWN CONCLUSIONS THAT SUIT THEIR OWN TWISTED AGENDA. IF THE SCIENCE IS SETTLED & VACCINES ARE COMPLETELY SAFE THEN WHY WON’T THEY DEBATE US? ALSO, LOOK WHO DR MARGIE DANCHIN WORKS FOR. https://www.mcri.edu.au/users/dr-margaret-danchin

THERE is no credible scientific debate that vaccinations are anything other than vital and effective for preventing horror diseases — but that has not stopped anti-vaccination activists.

As the State and Federal Governments introduce new laws excluding non-immunised children from childcare centres and kindergartens, and cancelling some Centrelink benefits for their parents, anti-vaccination conspiracy theories are defiantly trotted out on social media and websites.

While for most, the discredited myths fall on deaf ears, leading immunology experts fear the misinformation will cause further damage in areas where immunisation rates are low, such as Melbourne’s bayside and inner-southern suburbs.

Doherty Institute director Professor Sharon Lewin said vaccinations had a bigger impact on health and mortality than any other intervention, eliminating a range of diseases that were once incredibly common.

She said it was vital people understood the difference between credible science and anti-vaxxer myths. “Based on high-quality research and publications, there is no debate,” Prof Lewin said.

“The evidence behind vaccination is unbelievably strong, but we need to make sure the community understands that. 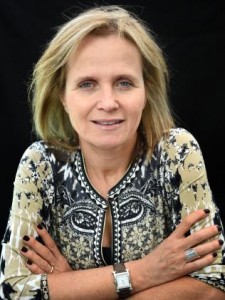 “Misinformation and misinterpretation of the data can have serious consequences.”

In Victoria, those consequences are being realised all too often.

Despite the World Health Organisation announcing in March 2014 that measles had been eliminated from Australia, the number of unvaccinated people have helped see infected people from overseas cause 12 outbreaks of the disease in Australia in the past two years.

In the past five years the state has also recorded five outbreaks of mumps, with only one of the initial cases recorded as being immunised.

In their efforts to combat governmental efforts to increase vaccination rates, anti-vaxxer vandals have recently bragged of entering hospitals and childcare centres to steal immunisation material, and are using social media to spread misinformation about loopholes to avoid the “no jab, no play or pay” laws.

For the past decade Dr Margie Danchin has been dealing with “vaccine hesitant families”, including many referred by other doctors.

She is a Royal Children’s Hospital paediatrician and senior vaccine and immunisation researcher at the Murdoch Childrens Research Institute, and her clinic deals with 100 or so sceptical families a year, ranging from the majority who selectively vaccinate their children to those who refuse outright to do so, based on their philosophical or religious beliefs. 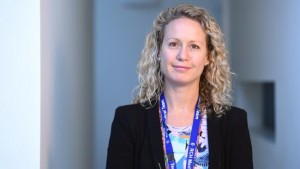 “Depending on the level of hesitancy, it (discussion) can be very successful, and you can actually answer questions. (But) the more extreme the view gets, it can be personally confronting, and you become quickly aware that you are not going to be able to have a logical conversation with some of these people,” she said.

“The seriously hesitant people, who genuinely want to vaccinate their kids but are so concerned about a specific question … you can actually have a really positive impact on allaying their fears and getting them to vaccinate fully or at least start the schedule.”

A recent audit classified half the parents as being “selective vaccinators” who cherrypick the shots they want their children to have but refuse others. A third were “seriously hesitant” and wanted to know more about misplaced concerns vaccines would overload their child’s immune system or that specific ingredients were toxic.

While discussions with those groups generally last about 45 minutes and can have positive results, for one in 10 “vaccine refusers” the talks last only about 10 minutes, with no ground made.

“Based on high-quality research and publications, there is no debate,” Sharon Lewin, Doherty Institute director Professor

The main concerns of the sceptical families centre on fears that vaccines will overload the child’s immune system, or that side-effects such as autism stem from the shots.

While these concerns can be addressed with evidence, Dr Danchin said the need for herd immunity — where a vaccination rate of 90-95 per cent will halt a disease’s ability to spread, so those who cannot be vaccinated owing to being too young, allergic, or having a compromised immune system are protected — does not concern many of the anti-vax contingent.

“The problem we find is that the more hesitant a parent becomes, the less concerned they are with herd immunity. They are just concerned with their own child,” she said.

“The discussion with them about herd immunity is very difficult, because they say ‘I am just interested in my kid’.

“There are definite pockets throughout Australia and within the different states where coverage rates are much lower. It can be down to 80 per cent and lower, and we know that for herd immunity to stop the spread of the disease it has to be above 90-95 per cent.

“These pockets are at risk. All you need is a returned traveller with measles going into the Byron Bay region or one of the inner-city Melbourne regions and bang, you have a measles outbreak.

The body’s immune system can cope with infection without the help of vaccines.

Without causing infection, vaccines trick the immune system into responding as if the body is under attack from a specific bacterium or virus by introducing dead or weakened versions of the germ; inactivated toxins from germs; or molecules from the surface of the germ.

The immune systems of babies are protected through the placenta and breastfeeding, so they don’t need vaccination.

Babies are exposed to many germs as part of the normal birthing process, including those from the vaginal canal, faeces and breastmilk. Although their immune systems can meet these challenges, the immune system in an infant is still developing and needs to become active to protect against a range of bacteria and viruses.

Combining two or three vaccines into one injection may put a baby’s immune system under considerable strain. Vaccines should be separated and given at six-monthly or yearly intervals.

Delaying vaccines would leave children vulnerable to catching diseases. Vaccines do not reduce a child’s immunity. Combining vaccines reduces the number of injections that babies and children need to receive.

Vaccine preparations don’t cause infection, so an “all-out” immune response is not triggered. In addition, the immune system is designed to handle multiple attacks, because in nature germs don’t attack the body one at a time.

Each vaccine is carefully researched and produced so that it is suitable to be given at the earliest possible time to provide the best level of effectiveness and protection.

Profit-hungry pharmaceutical companies — “big pharma” — are behind the push to vaccinate.

The strongest advocates for vaccines are government and not-for-profit health organisations, such as the World Health Organisation (WHO) and Bill & Melinda Gates Foundation, rather than commercial companies, according to immunologist Prof Andrew Lew, from the Walter and Eliza Hall Institute of Medical Research.

“This is because vaccines are extremely cost-effective against disease,” he said. “As an example, every $1 spent on Hib leads to a saving of $5 to the health budget.

“Some vaccines are not particularly profitable but are good for the community. An example is the flu vaccine made by CSL, Australia’s largest vaccine company, which is made in close collaboration and stewardship from the WHO.”

Vaccinations can cause certain disorders, such as autism and diabetes, or contribute to the risk of sudden unexpected death in infancy (SUDI), which includes sudden infant death syndrome (SIDS) and fatal sleep accidents.

Immunisation for childhood infectious disease is riskier than the disease.

If vaccination levels fall too low, epidemics can re-appear. People with little first-hand experience of such disease can underestimate the effects and complications.

Some parents worry that the measles mumps rubella (MMR) vaccine can cause brain inflammation (encephalitis), but this risk for the vaccine is around one in one million. On the other hand, one in every 1000 children who catch measles will experience encephalitis. Of these, one in 10 will die and four in 10 will have permanent brain damage.

It is not worth immunising children because vaccines don’t work.

Examples of vaccine effectiveness include:

DIPHTHERIA: 84 out of every 100 people vaccinated will be completely immune.

HIB: 95 out of every 100 people vaccinated will be completely immune.

MEASLES, MUMPS, RUBELLA: 95 out of every 100 people vaccinated completely immune.

WHOOPING COUGH: 85 out of every 100 people vaccinated will be completely immune.

POLIO: 95 out of every 100 people vaccinated will be completely immune.

CHICKEN POX: 85 out of every 100 people vaccinated will be completely immune.

One thought on “More Murdoch Garbage: No credible scientific evidence against vaccination”