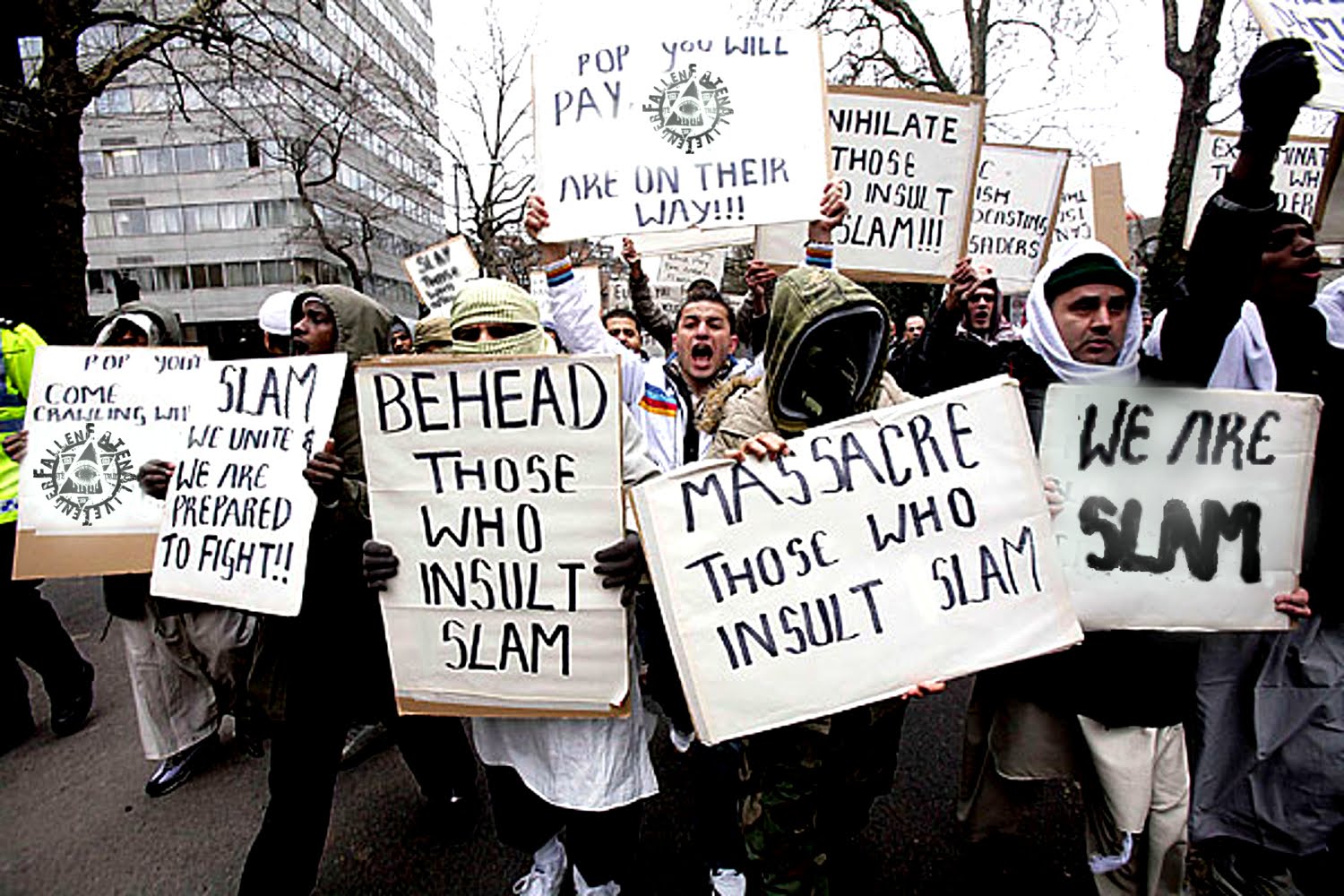 Legal immigration is allowing nonwhite Muslims from the Middle East to rapidly outbreed whites in the Australian city of Sydney, the state capital of New South Wales, a new fertility map survey of the most populous city in Australia has confirmed.

Muslims demonstrate in down town Sydney.

The “fertility map,” drawn up by social research company McCrindle, showed that many of the most fertile suburbs in Sydney are located in migrant clusters such as Lakemba, Auburn, Guildford, Punchbowl, and Bankstown—all popular with “families of Middle Eastern background.”

The appearance of the report was timed with official projections that Australia’s population will hit the 24 million mark next week, with the increase being almost solely due to legal nonwhite immigration from the Middle East and Asia.

The Australian Daily Telegraph marked the occasion by publishing an interview with the well-known neocon “conservative” writer from Canada, Mark Steyn, who often appears on shows such as those of Rush Limbaugh, Hugh Hewitt, and Sean Hannity.

According to the Daily Telegraph article, titled “Migrant birthrates are changing Australia: Average birthrate below replacement level,” the replacement of white people with Third Worlders in Australia is the “biggest story of our times, but political correctness has stifled debate so badly that politicians are too afraid to even talk about it.”

Quoting Steyn, the paper said that low European birth rates have put Western societies into a “demographic death spiral,” and that it was “impossible to rely on immigration to fill the gap without completely changing our culture.”

Steyn said politicians were underestimating how quickly societies can change. “Normally for a population transformation you need a Black Death, the Plague or a world war,” he said. “But in this case we are having it without any of that. That’s why it’s the most fascinating question of our times.”

Australia’s average European birthrate of 1.79 is below replacement level, and, as Steyn says, politicians dare not even talk about this fact “without accusations of racism and sexism coming up.”

He went on to say that “Western societies are basically importing a new population to be the children you couldn’t be bothered having yourselves.”

Furthermore, he continued, “the cultural changes that come with Muslim migration should be acknowledged and discussed.”

The Daily Telegraph ended its online story with an editorial comment, saying that “Demography is destiny, as the saying goes. If there is any truth to this, Sydney in the future will be a substantially different place.”