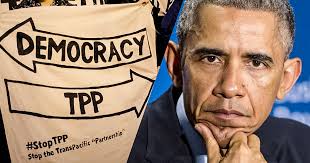 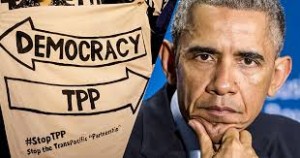 UNITED NATIONS – President Obama’s hopes for a globalist pact integrating economies on four continents ran aground in Hawaii on Friday.

Trade negotiators from 12 nations announced Friday they failed to reach a deal on the proposed Trans-Pacific Partnership, TPP.

TPP would be the largest-ever economic regulatory treaty, encompassing more than 40 percent of the world’s gross domestic product. Secretary of State John Kerry said the pact will merge the U.S. economy with Mexico and ten others nations, including Canada, Japan, Vietnam, Malaysia and the Islamic Sultanate of Brunei.

The latest round of talks in Hawaii had been expected to yield an agreement to conclude the TPP. The president pressed Congress to surrender its ability to amend the pact, saying that would enable him to quickly wrap up the negotiations. The House and Senate agreed, and gave President Obama the enhanced power, known as trade promotion authority, after a series of controversial votes in June.

But the president’s promises proved false.

Negotiations stalled when national governments failed to accede to corporatist demands to open their borders and allow “people, goods, capital and information to flow freely through the zone,” as Japanese Trade Minister Akira Amari described TPP’s goals at a news conference Friday evening.

U.S. Trade Representative Michael Froman said he agreed with Amari on what “we’ve been trying to achieve in these negotiations” and “the larger exercise here of integrating the Asian Pacific region.”

A key sticking point in the negotiations was pharmaceuticals, reported Associated Press.

Striking a deal over how long to protect data used to develop biologic drugs was described as the biggest source of frustration by a source from a non-U.S. negotiating nation.

U.S. drug manufacturers want 12 years, but Australia wants five. A compromise of seven or eight years is seen as a possible compromise.

“The US was on one side of the issue, while practically every other country were on the other side,” the source told Associated Press.

“Neither side was prepared to move and all claimed it as a red-line issue.”

That proposed pact would integrate the U.S. economy with one of the world’s most notorious slave states, Malaysia, where millions of men women and children are routinely sold into forced labor and the sex trade. WND has reported the administration came under fire for issuing a human rights report that critics say whitewashed Malaysia’s record in order to expedite the TPP negotiations.

The failure to reach an agreement assures TPP will be an issue in next year’s presidential contest. Insurgent candidates Donald Trump on the right and Bernie Sanders on the left oppose the deal, pressing establishment candidates to take a stand on a pact that is deeply unpopular with voters across the political spectrum.